If you’ve decided to make the switch to a traditional bow recently, you’re probably still frustrated at some of the... 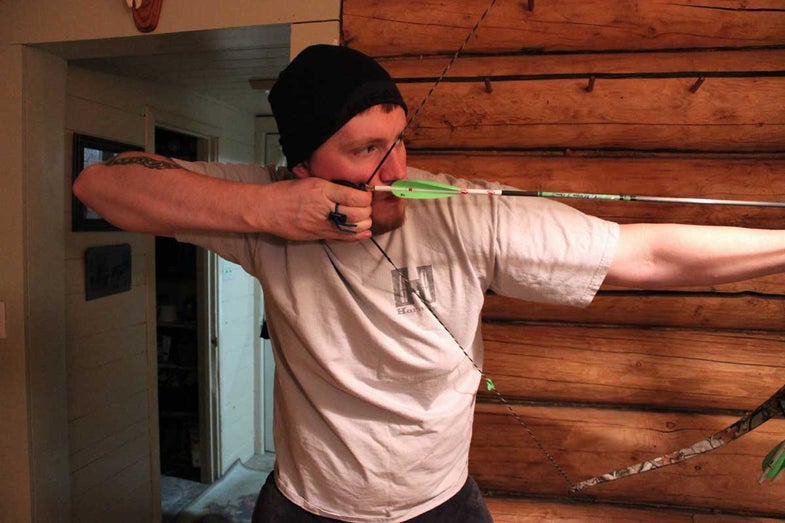 If you’ve decided to make the switch to a traditional bow recently, you’re probably still frustrated at some of the difficulties and challenges in shooting consistently with your longbow or recurve. Don’t worry too much, though. If you have solid form with your compound bow, you’re not starting from scratch. Many of the basic principles carry over from compound to traditional bow. But some of them need to be tweaked, and they tend to be more difficult to carry out from shot to shot. Here are three of those principles, and how you can adapt them for traditional archery.

Still unsure about making the switch? Check out my tips from last week.

1. Back tension
What we call back tension is a key part of executing a good shot. I would define it as essentially squeezing your shoulder blades together while at full draw. You want all of the draw weight of the bow held by your back and shoulders, NOT by your arm. If you use your arm muscles to hold back the weight of the bow, your draw will tend to collapse, and your hand will come off of your face instead of straight back when you release. You will find it more difficult to maintain back tension, because you’ll be holding all of the draw weight of the bow, rather than 15 or 20 pounds like you did with your compound. You can do it, just start out doing it right with a light bow and work your way up, remaining mindful to keep pulling your shoulder blades toward each other.

2. Draw arm position
One of the biggest things I struggled with was keeping my elbow down. Whatever bow you’re shooting, you want your drawing forearm to be in alignment with the arrow and axis of pull. If it’s not, you put torque on the bow, and that will make your shots less consistent. When using a mechanical release, often mounted on the inside of the wrist, many folks naturally use an “overhand” grip, with their hand and forearm sitting “on top” of the axis of pull. This means that a direct line from the nock of the arrow to the elbow will be on the bottom side of the arm. For a traditional bow, your arm will be positioned lower in relation to the axis. For me, shooting three fingers under the nock, the axis is on top of my arm. When one switches over from a compound, and begins shooting with fingers, your forearm will be rotated so that the inside of your wrist is basically parallel to the string, and it will be necessary to keep your elbow down farther than what will feel correct initially. Just like with a compound, you want your elbow in a position so that a direct line from the nock to your elbow is as parallel with the arrow as possible.

3. Anchor point
You can’t be consistent without a consistent, repeatable anchor. You will have to find something that works for you, but if you can find and repeatedly use two qualifying variables (examples are the knuckle on your thumb held on a specific part of your jaw, or one of your feathers barely touching a specific part of your nose) then it is easier to keep that anchor consistent. Your anchor will also vary depending on whether you shoot three fingers under or split finger. Make sure your anchor is actually at full draw, and not short. If it’s short, you won’t be able to fully expand (remember: back tension) and your draw will tend to collapse before you release, which causes big-time inconsistencies.

If you’ve got these things down for compounds, and understand how to adapt them to traditional bows, you’re off to a great start. As you get started and continue to progress, it really helps to film yourself shoot. There’s an app for iPads and iPhones called Coach’s Eye that can be very helpful in analyzing your form. Simply seeing yourself shoot can point out some blatant errors you didn’t even know you were making. It’s especially helpful to teach you what proper position feels like. Once you learn what the right back tension and arm position feels like, you’ll know when you’re not doing it correctly.