3 Ingredients for Antler Growth: Why the “Let Him Go So He Can Grow” Strategy Often Backfires

Hunters are the original optimists. How else do you explain our frequent habit of declining to kill a buck with... 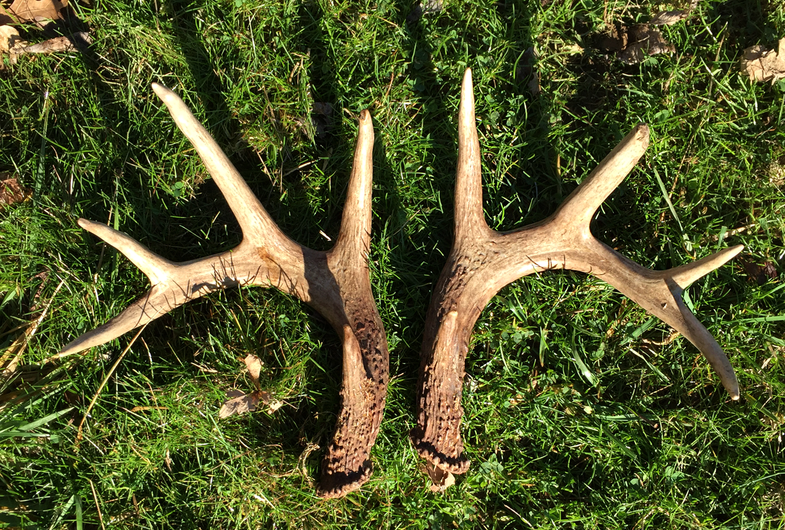 Hunters are the original optimists. How else do you explain our frequent habit of declining to kill a buck with modest-sized antlers so that he might grow larger antlers over the next year?

The ability to regenerate, and often keep growing over the lifespan of the animal, is one of the great attributes of antlers. The promise of that growth is one factor that keeps hunters looking ahead to next year. But how reliable is the “let him go so he can grow” adage?

It turns out that body size and age aren’t the only determinants of antler growth. Nutrition, genetics, and regional location can make the difference between a 4-point and a 6-point buck.

Here’s a look at each of these contributing factors.

Genetics
A major misconception about the role of genetics in antler development is that removing bucks with abnormal or smaller racks will improve the overall genetic pool for antler growth. Research has shown that this is not true. A buck with a small or abnormal rack can easily be an indicator of poor habitat and forage quality rather than inferior genetics.

Rather than focusing on bucks, it’s better to look at the does. A buck will provide the doe with half of the source material for offspring and then off he goes, while a doe will be invested in the offspring for over a year. It is the doe that will be responsible for the development of the next generation of bucks. Not only will she provide the fawn with nutrition while in the womb, but she’ll also provide it with high-protein milk. A doe that’s in good body condition will be able to more aptly care and provide for the fawn, which will pay off in the long run.

The bottom line? Don’t worry about removing “bad” bucks. Instead, you should be focusing on how healthy your does are.

Nutrition
The role of nutrition in antler development is evident in pen-raised bucks, with their 300+ Boone and Crockett scores. In the wild, the impacts of nutrition may not be as visually striking as pen-raised deer, but it is important nonetheless. A number of studies have shown that a higher quantity of protein in an animal’s diet can result in an increase in main-beam size and the number of points in younger bucks. Nutritional intake will affect antler development more before and during antler growth than it will after velvet is shed. It is important to keep in mind that while the amount of protein in a diet can impact antler growth, other minerals and compounds are important as well. A healthier deer will produce larger racks than those with inadequate or unbalanced nutrition.

Regionality
The role that location can have on antler growth is complicated. Regional differences in antler development can be a result variability of habitat types and forage qualities across a landscape. Deer that have access to an abundance of high-quality forage, such as agriculture, will have larger racks than deer that live in areas with less abundant forage. Landscape variability is something that’s difficult to control for. Studies have shown that deer that have access to large mast crops will result in improved antler development, but large mast crops are not typically an annual occurrence. This means an area with oak trees may boost antler development the year following a large mast crop, but it won’t have the same effect in the following years.

To complicate things a bit more, studies have shown that soil composition can help or hinder antler development, since minerals also play an important role in growth.

Unfortunately there is no magic formula to determine whether a 1.5-year-old spike will be a 4- or 6-point the following year. Typically body size and age will help be an indicator of rack size, but a series of hard winters or decreased body conditions of does can throw that conventional wisdom out the window.