5 Items Every Bowhunter Should Bring on a Remote Hunt

For many people, this is a somewhat dead time of year. Most of the winter big game hunting—as well as... 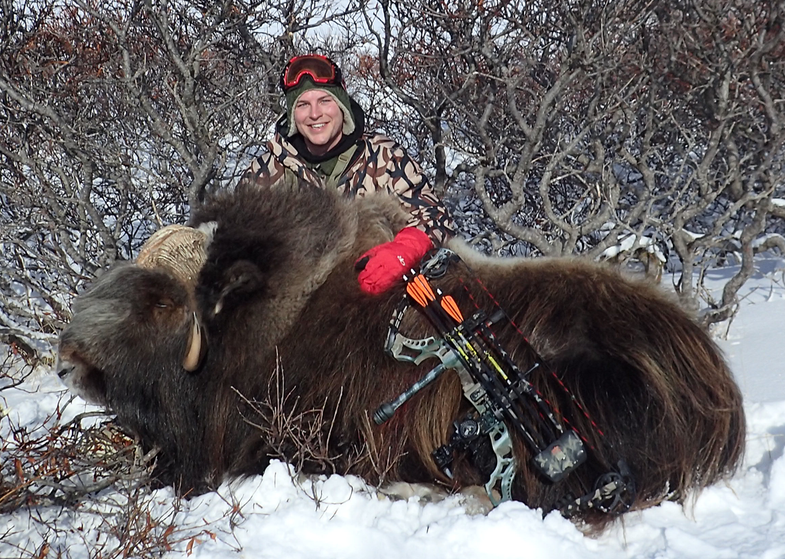 For many people, this is a somewhat dead time of year. Most of the winter big game hunting—as well as trapping and predator hunting—are winding down, and many of your spring hunts are just around the corner. But when it comes to being prepared for the next season to come, there’s no off season. Making sure all your gear is in order is the perfect way to help direct your daydreaming gaze from the ceiling to something more productive.

At the end of this week, I will be accompanying my dad and my buddy Nick on their archery muskox hunt in southwest Alaska. We will be hunting in a remote location, and with both of them going over their packing lists, it brings to mind a few items that every bowhunter should bring along on remote trips if they’re able to do so. You don’t want to let Murphy and his law spoil your hunt.

1. Extra Bow String
Every hunter shooting a traditional bow should have an extra string with them on a hunt. If your string gets cut or your serving is worn and comes loose, it’s an easy fix if you have an extra—and usually a deal breaker if you don’t. Unfortunately, this isn’t much of a realistic option for compound shooters, so you’ll just have to be extremely careful. My buddy Nick, who is going on this hunt, once cut his string on a rock the first day of a mountain goat hunt and had to use his partner’s rifle.

2. Extra Release or Shooting Tab/Glove
Although I don’t shoot compounds much at all, I know that releases aren’t exactly cheap. If you can manage, however, I’d say it’s well worth the insurance to bring an extra. If I used a release, I know that with my luck I would either lose it or something would go wrong with it in the field. I always have an extra shooting tab or two tucked into my pack for when I inevitability misplace or forget my primary one in a camp, or the pocket of a different jacket. Fortunately, with a trad bow, I can manage to shoot with bare fingers just fine in a pinch—but if I were a compound shooter, I’d be out of luck without my release.

3. At Least a Dozen Hunting Arrows
Ideally, we will only ever need or use one arrow; in reality, that isn’t always the case. There are any number of potential places for Murphy to pounce, and I’ve broken or lost arrows at the most inopportune times. Plan on using one, but bring more than you could imagine using.

4. Bow Repair Tools
There are some things that are beyond a simple field repair, but more often than not, problems won’t be catastrophic if you have a few simple tools. Even just having a set of allen wrenches can quickly remedy a loose screw or two, which otherwise could potentially ruin your hunt, depending on where they are located. You should know your bow and what potential things can get loose or go wrong with it. Make sure everything’s set before you leave, but still bring what you need to fix potential issues.

5. Range Finder Batteries
Many—if not most—bowhunters these days use electronic range finders. They’re an awesome tool, but they do depend on electricity. I know it sounds like common sense, but it’s easy to forget to make sure your rangefinder has fresh batteries. If you depend on it, it will throw a huge wrench into your hunt if your battery happens to be on its last leg, or cold weather renders it useless. If you can get lithium batteries for your particular range finder, do it, and bring an extra with you.

If you have these five items covered, you’ll be prepared for the vast majority of gear calamities that you might encounter. But if you’re not, it can really rain on your parade.