Be Ready for All-Day Deer Sits as Weather Cools

This week’s blog is coming straight to you from hunting camp, where our group of six has just finished three... 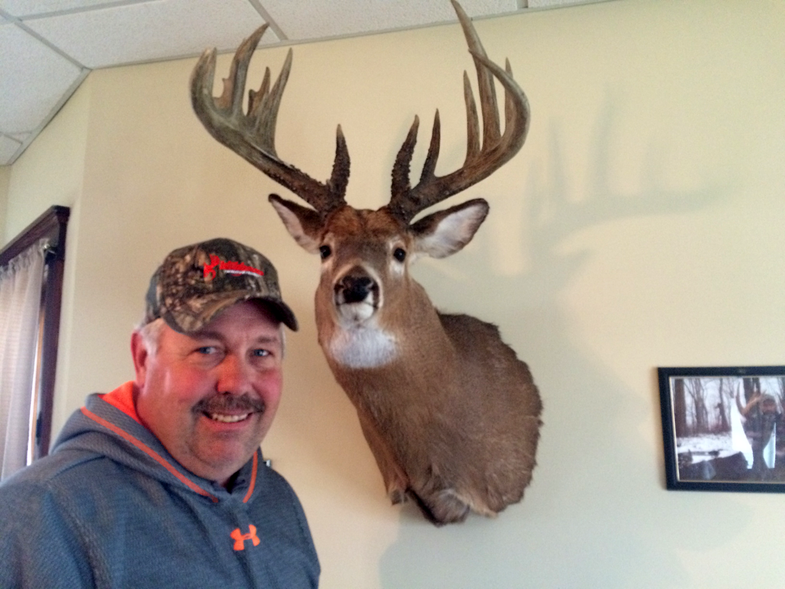 This week’s blog is coming straight to you from hunting camp, where our group of six has just finished three of five days of bowhunting for whitetails in west/central Illinois.

No deer down yet, but there have been a few close calls, despite unseasonably warm temps many of you have been dealing with over the past week or so. Highs here over the past few days have reached the mid to high 70s, nowhere near ideal for daytime movement, even during the rut.

One of the closer calls was had this morning by Mike Furia of New York, who had a very nice buck walk into his setup at a very inopportune time. Furia was lowering his bow when he happened to glance up and see a trophy Illinois buck—walking straight toward him at 30 yards.

“I screwed up today, I’m sick,” Furia said back at camp at noon Wednesday, describing the buck as a 9-point possessing a large typical 8-point frame with a large kicker. “It was 10:40 a.m. and I was lowering my bow; originally I wanted to sit until 11, but the wind shifted from the south to the west, so I was getting out of there. I caught movement, and I tried to pull the bow back up; I waited till he started walking and his head was behind a tree, but he sensed something was wrong and vamoosed.”

Furia had been calling semi-aggressively all morning, rattling on four different occasions. An hour or so before his encounter with the big 9-point he rattled in two smaller bucks, likely 2.5-year-olds. For his rattling system, Furia was using Flextone’s Battle Bones.

“Right now a lot of the bucks are still in the ‘seeking’ stage,” said Ron Beayon, field manager and head guide for Performance Outdoors, which has about 4,000 acres of hunt leases over several properties in McDonough, Hancock, and Schuyler counties. “But most of the bucks are only doing it for a short period; the first thing in the morning and then in the evening. They’re laying up for the heat of the day.”

Beayon said this week’s early conditions: Hot and late-summerlike with relatively little midday movement, is a stark contrast to the situation the previous week.

“Last week, he had guys seeing multiple shooters through the day, and they were checking scrapes, on their feet a lot looking for estrous does.”

On Wednesday, Beayon said the forecast for Friday [today] should be just the shot in the arm that Performance Outdoors clients need. That goes for all bowhunters in west-central Illinois and connected regions.

“Look out after Friday” Beayon said Wednesday. “With the front pushing in and temps going from the 70s down into the 40s for daytime highs, big deer should be up on their feet for the duration of the rut. And don’t forget it’s also the last quarter of the rut moon…you get rid of that full moon and all hell can break loose.”

In the meantime, if the rut conditions aren’t ideal in your neck of the woods, Beayon said that hard hunting can be a remarkably effective equalizer. One who would agree is Willi Schmidt, who had pulled three consecutive all-day sits on Performance Outdoors properties. That diligence paid off Wednesday evening, while sitting over a brassica/standing soybean food plot. Schmidt’s reward? Encounters with four separate shooter bucks scoring anywhere from 130 to upper 160s. Temps were flirting with 70. No arrows flew, but Schmidt knows where he’s sitting tomorrow.

To book an exciting Illinois bowhunt with Ron Beayon and Performance Outdoors, call (800) 996-0477.