Better Bowhunting: The Case for Upgrading to an Aftermarket Bowstring

You have to really want to be at Jerry Carter’s place to get there. There’s no passing by; it’s at... 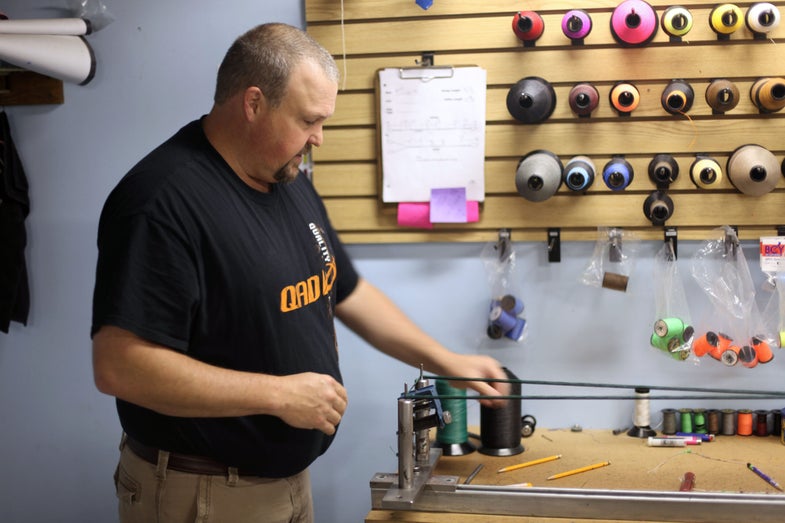 You have to really want to be at Jerry Carter’s place to get there. There’s no passing by; it’s at the end of a long, winding county road that turns into a long, winding driveway through the wooded hills of western Kentucky. Getting there is well worth the trouble if you’re a bowhunter or 3D target archer, though.

Carter and his wife, Margie, own Threadzand and make bowstrings in their well-equipped workshop outside Princeton, Ky. They’ve been at it for a few years, and what started out as sort of a word-of-mouth cottage industry has grown to the point that, via Internet contacts, they now supply bowstrings for archers throughout the country on a fairly regular basis. Jerry reckons he and Margie have produced more than 2,000 strings in the six years they’ve been open. It’s cut into their time as competitors in the Archery Shooters Association target matches around the Southeast, but it’s also become a lucrative sideline.

Having ordered a new bowstring from them for my Mathews Drenalin, I drove up to their shop the other day to have it installed and have the bow tuned. Dan Morehead of Paducah recommended Carter to me in the first place. Though Morehead makes his living as a professional bass fisherman in the FLW circuit these days, he spends much of his time bowhunting for whitetails and wild turkeys in the Ohio and Wabash river bottoms. He also used to compete in 3D target matches, and knows as much about archery equipment as he does about fishing tackle, which is considerable.

When he checked out my bow a while back, the first thing Morehead said was “you need a new string.” No surprise, as I obtained the Drenalin in 2009 and hadn’t replaced anything on it except the rest (I went from a shoot-through to a dropaway). Its cable and string servings had become somewhat frazzled and frayed, the bow had lost a few feet per second in speed, and the peep sight had loosened to the point that its alignment was becoming sort of potluck with each draw. Considering that almost all performance aspects of a bow ultimately depend on the bowstring, a change was past due.

There’s really no established rule-of-thumb regarding bowstring replacement. A 3D competitor who shoots thousands of arrows a year wears out a bowstring a lot quicker than the average bowhunter who doesn’t do anything with his bow except practice and take the occasional shot at game. If he waxes it once in a while and doesn’t put his bow around any sharp objects, the bowstring should last a few years. However, there’s also the quality of the factory-installed and mass-produced bowstrings to consider. Not to put too fine a point on it, but the typical bow sold to the typical bowhunter might not be equipped with a bowstring equal in excellence to its other components. It’s not that the most popular bow companies don’t use good materials. Sometimes it’s the quality control that goes amiss.

Occasionally Morehead gets the latest, greatest bow from the company with whom he’s had a working relationship for years, and the first thing he does is have the factory-installed string setup swapped for a custom-made replacement. These might range in price from about $65 to $100, depending on what needs to be replaced, the quality of the material and the maker’s fee. What does it buy him? For one thing, custom strings such as those Jerry Carter produces won’t stretch and subsequently affect the bow’s timing; they won’t cause the bow to lose speed and change the point of impact. What they provide is consistency or, as Morehead puts it “peace of mind.” 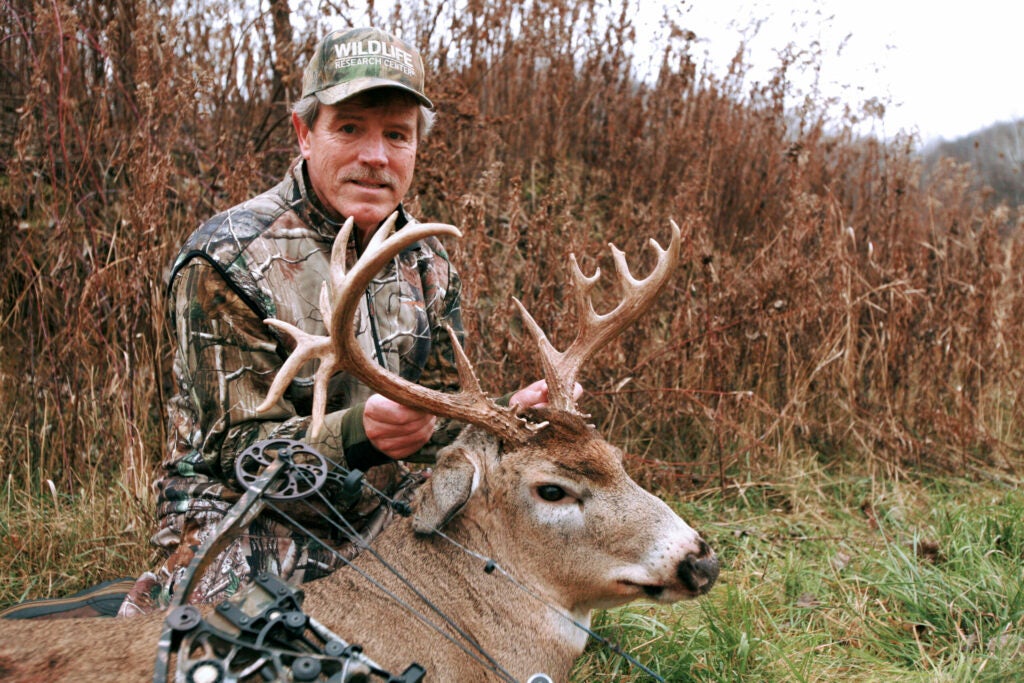 The author with a Wisconsin buck he took with his Mathews Drenalin bow.

Carter weaves his bowstrings and cables with either Brownell Fury (about 28 strands per string) or BCY X (22 to 24 strands), in the buyer’s choice of colors. The wall of his basement shop is festooned with spools of various bright colors, mainly because much of his clientele is composed of target shooters, and they like to stand out. I chose string material of muted green and grey, for just the opposite reason.

It took about 30 minutes to swap out the bowstring and cable, reattach the loop and peep and then paper-tune the bow. Spot-on; when I left the Carters, I felt sure that the Drenalin would perform as well as it did the first time out of the box. And that’s what custom bowstring makers really sell: confidence. Whether you’re zeroing in on the 14 ring of a 3D target, or taking aim at the best buck you’ll ever get a shot at, the asking price for a bit more confidence is usually worth it.