The only sheep hunters I know who are content with not killing a ram are those veterans who have killed... 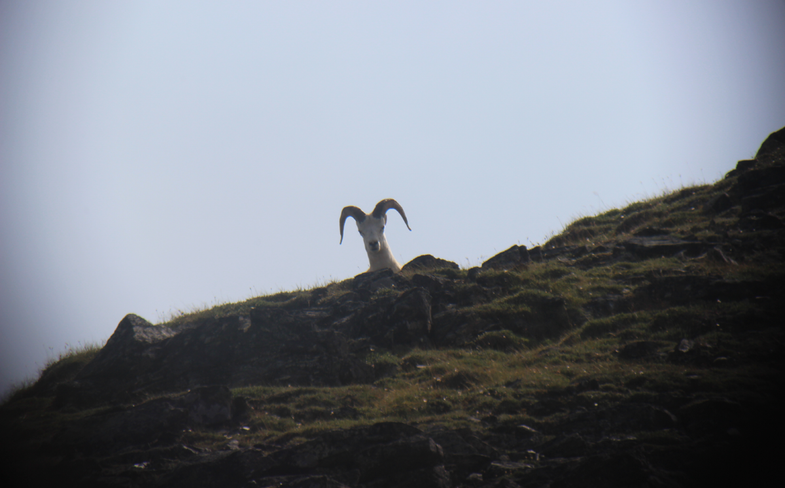 The only sheep hunters I know who are content with not killing a ram are those veterans who have killed so many that any ram under 40 inches isn’t worth stalking. Or those luckless hunters who haven’t killed any sheep.

I will not lie; I am not content with not getting a ram. Sheep hunting really is like a sickness. Once it gets into your blood, it is constantly there scratching at you. It subsides after you take a ram, but quickly returns. If it weren’t for this “sickness,” there’s no way I would go through what it takes to get it done.

That’s my way of explaining that after proving that persistence pays off on the first sheep hunt this year where my buddy Frank took an awesome ram, I felt great. That warm and fuzzy feeling was short lived, though, and since I couldn’t hunt in that area, it was back to square one for me. The sheep sickness was scratching at me.

The minute we were back at our vehicles, with sheep meat off our backs, I immediately started going through my options. Work is busy, which always throws a wrench into the works, but the season was open, and… remember that scratch? So last weekend, I decided to go on a kamikaze/suicide trip to a spot I know rams frequent. My plan was to pack light, go by myself, and if I started hiking Friday evening, I could make it to that spot sometime on Saturday. I would then have a few hours on Saturday and maybe a couple Sunday morning to find and shoot a ram. If I didn’t get one, I’d have to be back at work Monday morning. 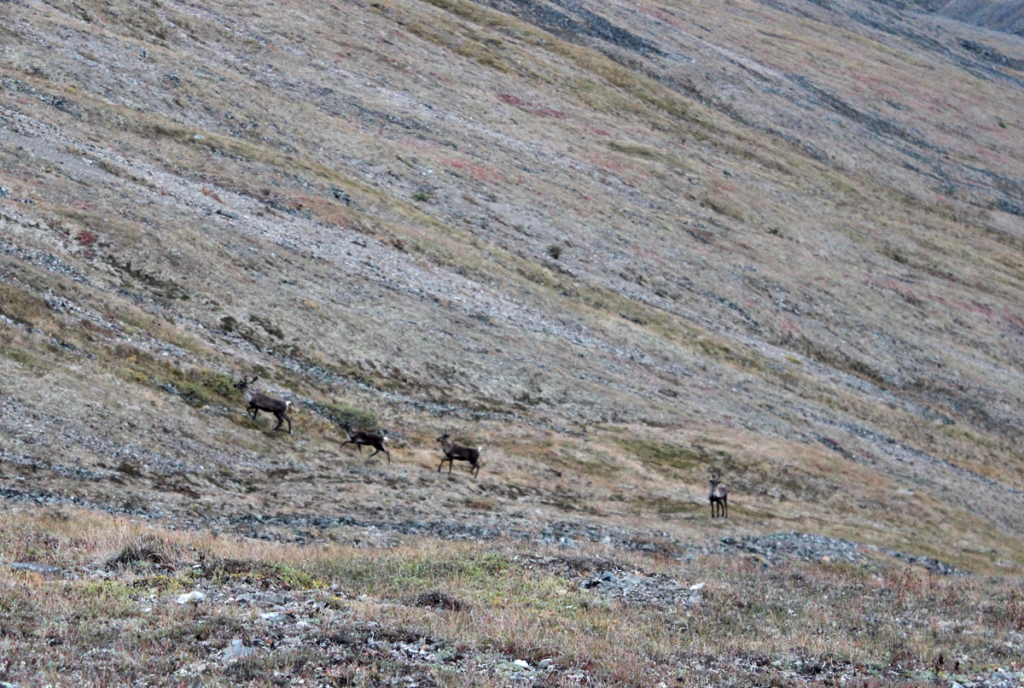 By about 10 p.m. Friday night I was pooped, and as I set up my tent, a group of caribou ran around back and forth just below my tent on the mountainside, not being smart enough to decide if I was a threat or not. Fortunately for them, and although the season was open, I wasn’t about to pack one of those stinky things out that far.

Going solo is a different experience. There’s no one to crack jokes with or talk to. More importantly, it’s easier to dwell on all of the negatives. I was flat-out beat, and my feet still hurt from that long trip with Frank. I still had a long ways to go, and I knew that my chances of killing a ram in that amount of time were very small. The fact of the matter is, that unless you can plan to have at least a week to 10 days to hunt, your chances go way down. I had to fight the urge to give up and call it off, but as I detailed in a recent post, you just have to push it out of your mind and keep going. If you give up, you have literally zero chance of killing a ram. In last weekend’s case, the game I played in my head was that I didn’t care if I could only spend 5 minutes in that spot, I was not turning back until I got there. 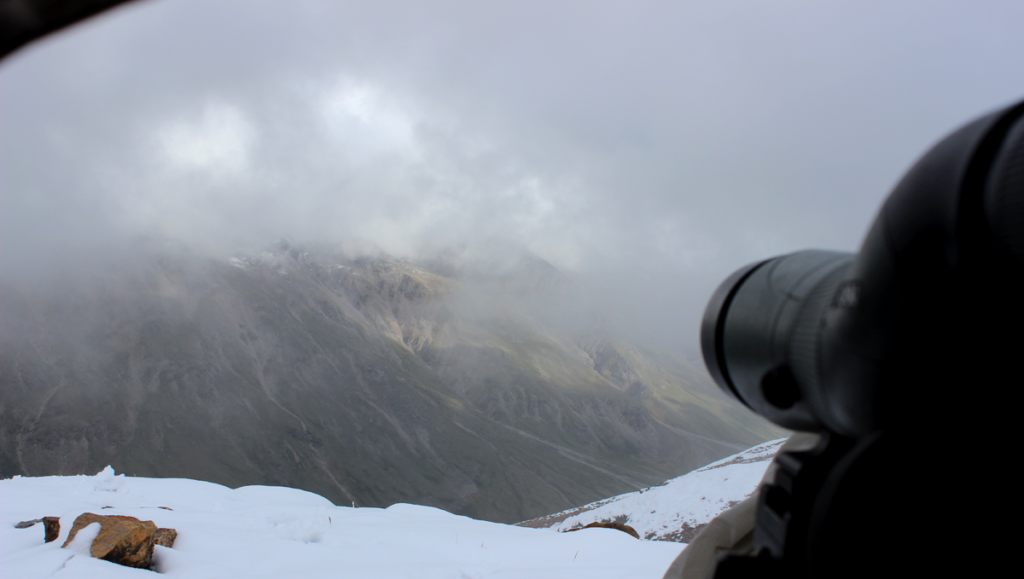 As luck would have it, as soon as I reached where I was headed on Saturday afternoon, fog rolled up the valleys below and dropped visibility to nearly zero. I spent the next couple hours picking my way along, waiting for holes in the fog to see slivers of the mountains below. At one point I looked down and saw a lone ram 900 yards below me. A quick look with the spotter showed him to be little more than half curl. About 15 minutes later a hole in the fog opened up again as if to reveal this ram to me. I could instantly tell he was much bigger bodied than the other, and although the fog moved back in before I could get the spotter on him, I just knew fate was smiling on me and he was the one.

I easily slipped in to about 300 yards, and when the fog broke again, he was feeding towards me, totally unaware. I was ready to plug him then and there, but unfortunately he was only 7/8-curl, and 7 years old, so not legal. I had to let him walk, and quickly afterwards, the fog moved back in for good. 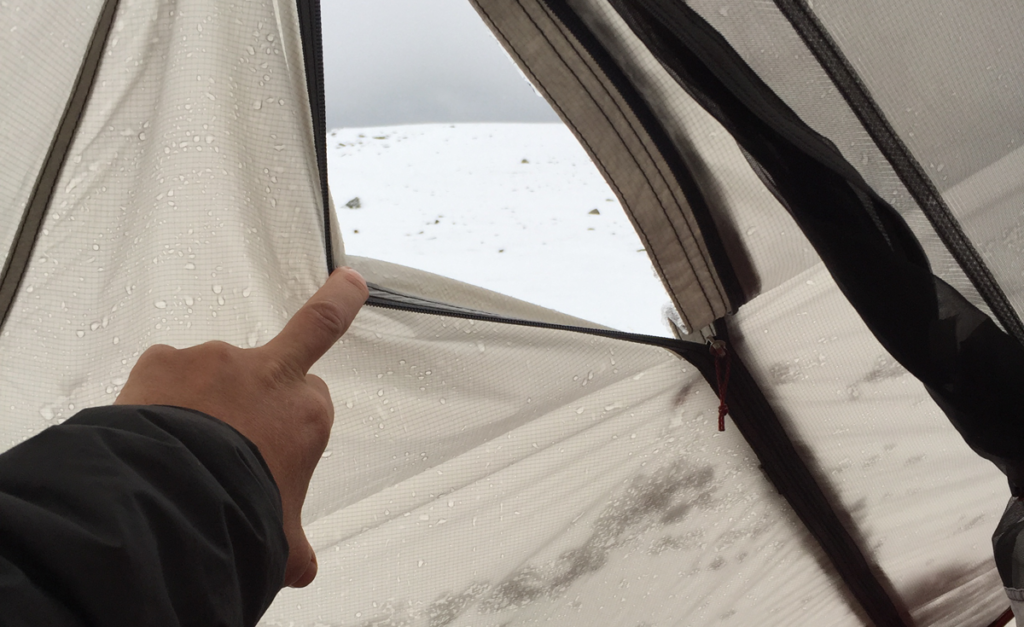 I spent the night hoping the weather would clear, but woke up to 6 inches of snow on the tent, wind blowing 40, and snowing sideways. There was nothing I could do but pack it up and head out. I made it back to the truck at about 9 p.m., had walked over 26 tough miles in just over two days, and came back empty. There’s not much to say about it other than it was “almost” perfect. That’s a big “almost,” though. I made it to where I wanted to go, and didn’t quit until I got there. Mother Nature decided the rest. Although it’s hard to call a very short excursion like that a sheep hunt, I had reasonable expectations going into it, so it hasn’t fazed me much. I’m already figuring out a plan, and although this may be the first year in quite a while that I don’t get one, it’s not going to be due to lack of effort.