Deer Hunting: 4 Things to Look for When Snap Judging a Buck in the Field

To this day I wonder if a certain buck that I watched feeding at hay pile in a Canadian woods... 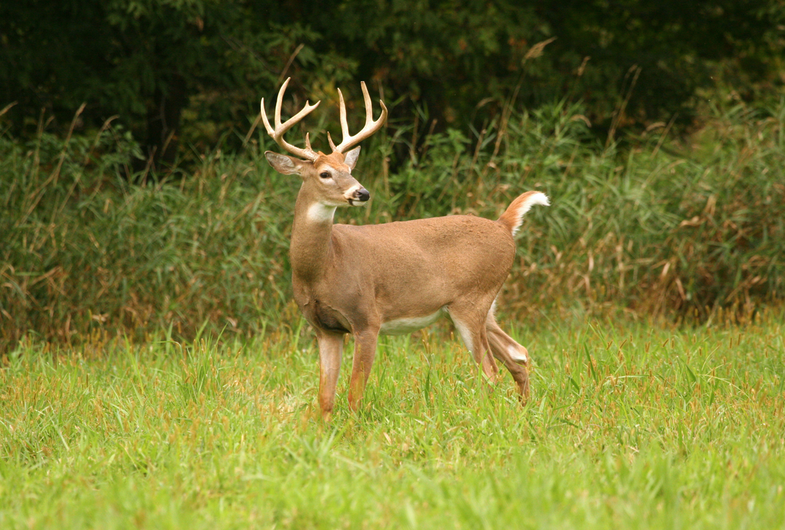 This buck would be considered a trophy in a lot of places, or a “management buck” in Texas. His mass and spread aren’t going to get him in the record book, but he’s decent buck with long G2 and G3 tines and main beams..
SHARE 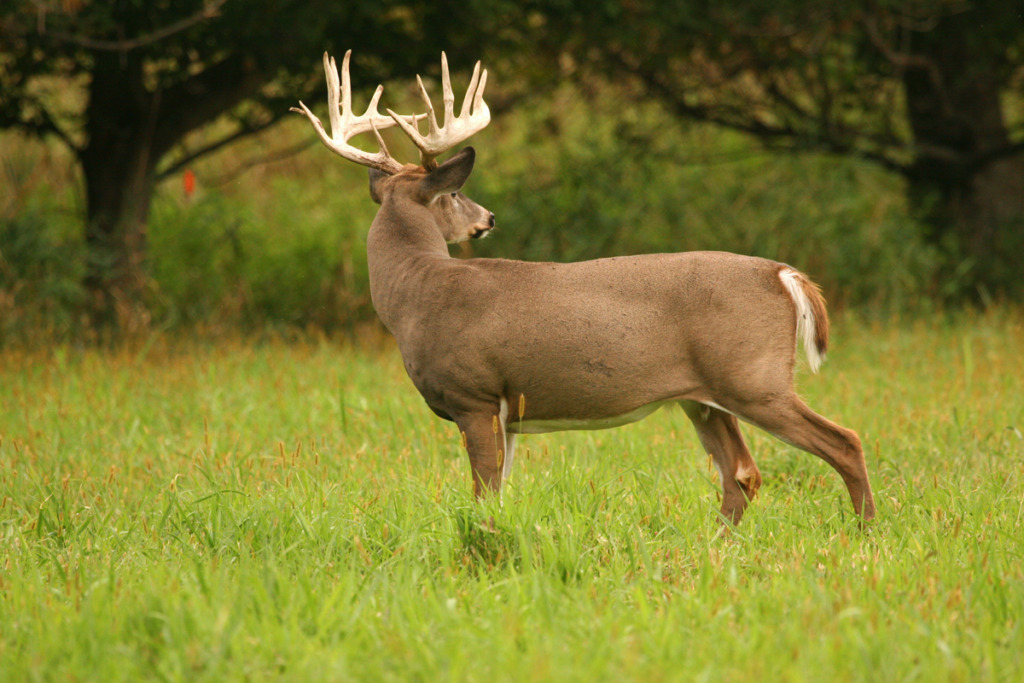 Shooter? Oh yes, indeedy. This big boy has mass, points and spread, plus a body to match. He’s a mature buck at the peak of development. Incidentally, note the fluorescent red scent wick in the pine tree at rear.

To this day I wonder if a certain buck that I watched feeding at hay pile in a Canadian woods was a shooter or not. Certainly, he was borderline. Somehow, though, his 12-point rack didn’t look extraordinarily large compared with his body. Inches are inches, and his tines didn’t seem to have enough of them.

It was the first time I hunted deer north of the border, and while the group with which I hunted was cautioned by the outfitter that the bucks tended to be so large that their racks sometimes appeared smaller than they actually were, I had serious doubts about this one. I let him pass, and didn’t get a buck on that trip. Abiding by the unwritten Canadian code of “go big, or go home,” however, I was satisfied that at least I hadn’t embarrassed myself by making an error in judgment.

Some among us have followed through on the opportunity to take big bucks, and lots of them over the years, so simply seeing a big buck might not be that big a deal. In the real world where I hunt, however, Booners are rarely, if ever, seen, and usually they’re in a field a couple of farms away and admired through a high-powered binocular.

First Impressions Count
Such bucks, of course, leave no doubt as to what they are, and prompt what to me is the surest way to judge a buck in the field. I call it the “Oh, $#%@! system” (you fill in the substitute letters), and it relates to that moment when a buck suddenly appears out of nowhere, sporting a rack impressive enough to elicit the involuntary “Oh, $#%@!” from deep within our primal being. There is not the remotest doubt that he is a shooter and we need to do something about it. Now.

Joking aside, sometimes our instinctive reaction to the appearance of a mature buck is all we need to make up our minds. I have found that to be the case anywhere from Saskatchewan, where the bucks can be scarily large, to south Alabama, where the bucks must look like toy deer to a Canadian hunter. As Einstein theorized, however, everything is relative, even antlers, and a peanut farmer in Dothan, Ala., probably has a different notion of what constitutes a trophy rack as compared to a hunter who grew up in the Saskatchewan River bottoms.

A U.S. Supreme Court justice once mused that he couldn’t exactly define pornography, but he knew it when he saw it. It’s much the same when we look at a buck. Whether this particular buck that presents you with a shot this season is bigger and consequently more desirable than the one you got last season is for you to decide. Whether you can explain to your spouse why another rack needs to go on the den wall might be the determining factor.

Such measurements are recorded by an official measurer of those organizations at some point long after a trophy buck is downed, and might or might not reflect what we originally thought the buck would score when we first saw him or checked him after it went down. In hunting situations, of course, it’s impossible to take an accurate measurement of a buck’s hardware. 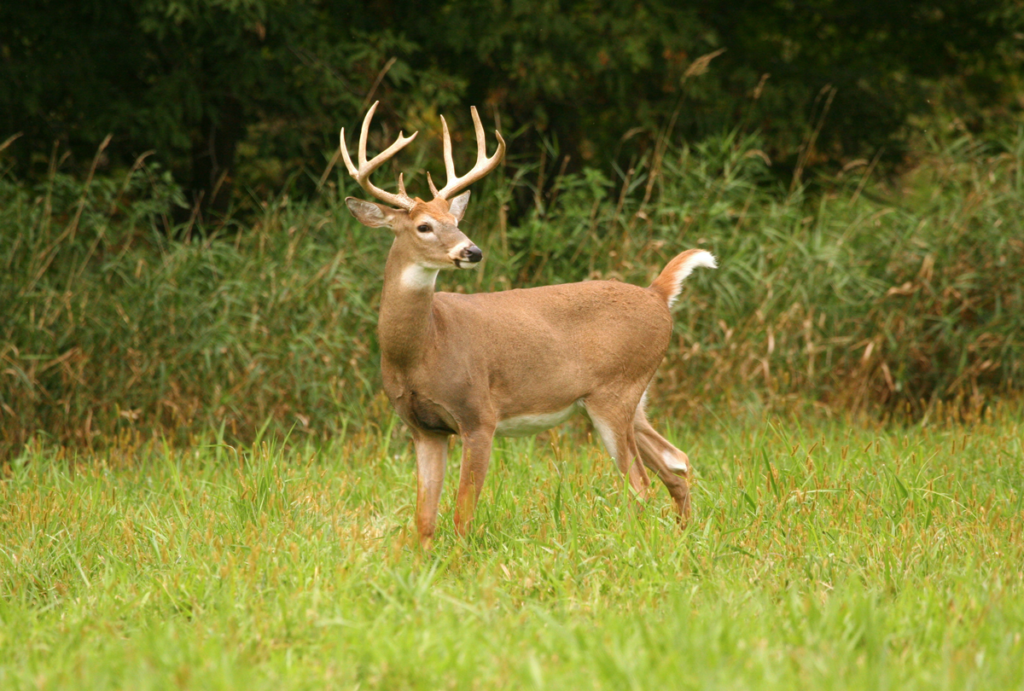 This buck would be considered a trophy in a lot of places, or a “management buck” in Texas. His mass and spread aren’t going to get him in the record book, but he’s decent buck with long G2 and G3 tines and main beams.

Ballpark Figures
We’re told that the truest way to estimate a rack is to compare various tines and circumferences against other components of a buck’s head, namely his ears and eyes. But who has the time and the presence of mind to do that when a buck is walking along at what seems to be a brisk pace down a woodland path or cutting across the corner of a food plot in pursuit of a doe that just skedaddled? It’s now or never; shoot or don’t shoot. Consider these options.

1. Number of Main-Frame Tines
If a buck is out in a field feeding and doesn’t appear to be in any big hurry to leave, this is an easy observation to make. Count the predominant tines. The more tines there are, the more inches they add to the total. Also, they reflect that the main beams are longer to accommodate them. But tines can be deceiving, too, usually depending on the age of the buck or its genetics. They might be long, with G-2s and G-3s approaching a foot long or more on a buck that’s at least a 10-pointer, but if they look spindly, the other circumferences on the main beam might not be all that impressive either. If you’re hunting in the woods, counting the number of points on a rack is even more problematic because woodlands bucks typically have tight racks. However, if you see drop tines or palmation, chances are the rack will look good on your wall.

2. Rack Spread
The old saw is that if the rack comes out of the bases and curves forward at the tips of a buck’s ears or beyond it, all else being equal he’s a keeper. It indicates good inside and outside spread and main-beam length. If the points of the main beam appear to be even with the buck’s nose, even better; ditto if the tips have grown in toward each other. One thing all record typical bucks have in common is the length of the main beams–several inches beyond 20 inches, in fact. The length of the main beams of the Milo Hansen world record is 28 4/8 inches on either side, with an incredible 27 2/8 inside spread.

If you see a buck from the back, it appears as if its rack is about a yard wide. If spread is your gauge, make sure you see it from the front, or when the whitetail is quartering toward you.

3. Antler Mass
Mike Beatty, who killed the archery world-record non-typical buck (294 inches, P&Y) in 2000, once told me that to him the apparent heaviness of a rack was the most telling feature of a buck’s headgear. Of course, Beatty’s Ohio buck had 45 points, so mass was about all he had to go on at the time. Still, perhaps the mass of a rack – or lack thereof – is the first impression that we have when a mature buck walks into view. Regardless of how many points he has, notwithstanding how many stickers or drop tines there are, when a buck is wearing a rack whose two bases each appear to be about the same size as the big end of a Louisville Slugger, there’s no need to mull.

4. Body Mass
Physicality is another telling feature. If the buck is deep-chested and has a bit of swag to his belly, he’s a mature animal. Also, if the weight of the rack causes the buck’s head to rock a bit as he walks, you don’t have to think about whether to shoot or not. 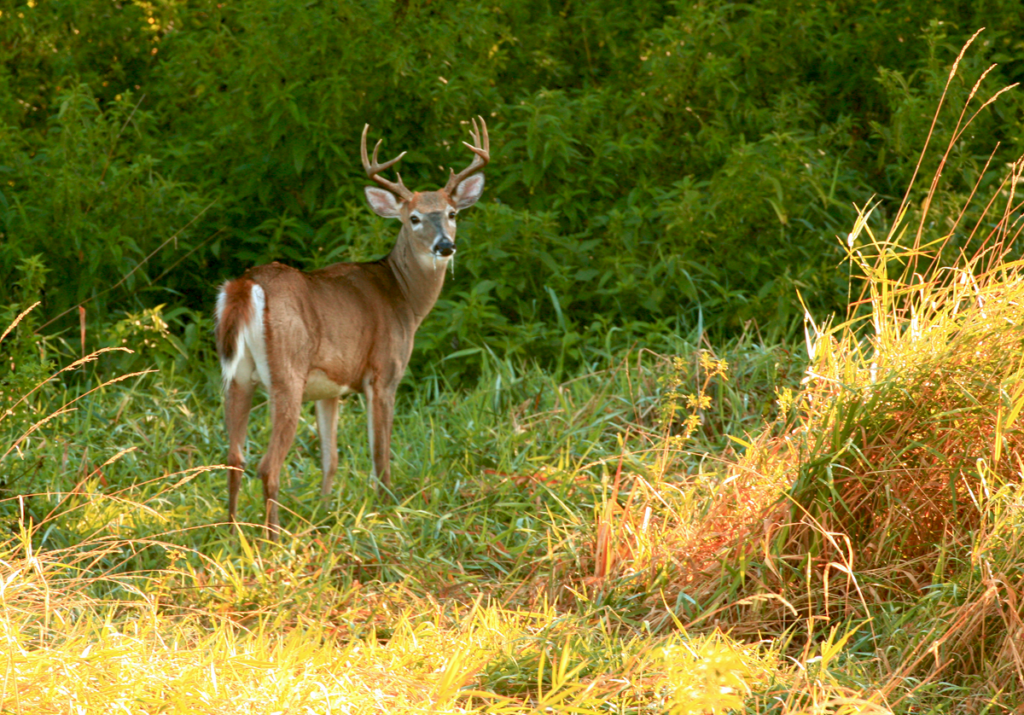 Not exactly a yearling, this buck nevertheless has a way to go before he sports the type of rack that makes a deer hunter drool. He’s a candidate for a hunter’s first buck, but otherwise might be left alone for a couple of years.

Nothing is Foolproof
Though comparing general head measurements to a buck’s rack is helpful, it’s not foolproof. I recall a Coues deer hunt in Mexico a few years ago where one of the hunters and his guide spotted a buck that sported a Boone and Crockett-quality (100 inches or better) mainframe 8-point rack with a couple of weird kickers.

The buck was bedded down under a mesquite tree on the side of a ridge. After a long careful stalk on the backside of the ridge, the pair crawled to the crest and then eased over the top. After getting their bearings, they spotted the buck again. He hadn’t moved and had no idea they were anywhere around.

The hunter laid his rifle across his backpack, got the deer in his crosshairs, and squeezed off a shot. The buck immediately jumped up, ran about 40 yards and went down. The elated hunter and his guide whooped it up as they stumbled down the ridge to the buck, only to discover it was a perfect miniature Coues with a perfectly matched miniature rack that scored perhaps 80 inches.

Upon reaching the buck, the hunter uttered the first thing that came into his head: “Oh, $#%@!,” proving my point that an exclamation is the best and most reliable way to judge a deer.