I get thousands of questions every year from readers and viewers, and one of the most common is “how do... 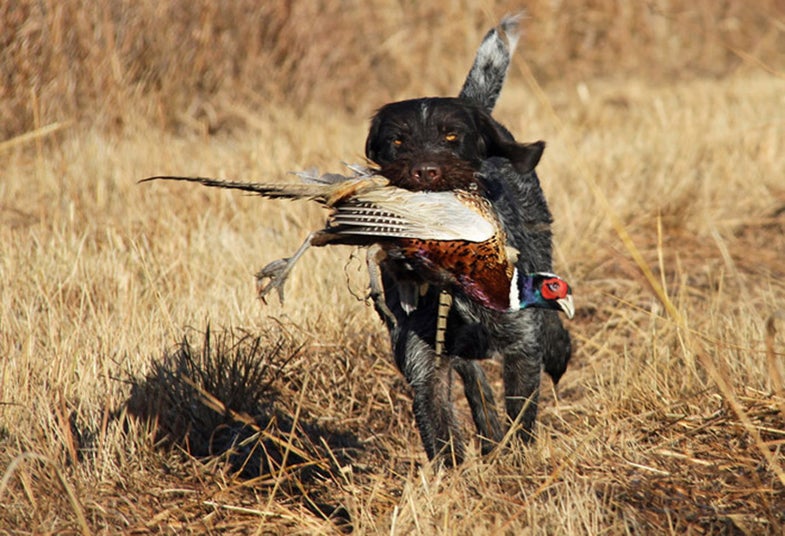 I get thousands of questions every year from readers and viewers, and one of the most common is “how do I get my dog to retrieve reliably?” The right answer is not the one most dog owners want to hear: force break that dog.

“Conditioned retrieve,” “force breaking,” “trained retrieve,” all are euphemisms for the same process: using aversion to elicit the desired behavior. In this case, he should go out, pick up the object, and bring it back without passing Go or collecting $200. And he shouldn’t drop it until told to drop it.

Force breaking can get brutal in the wrong hands. Ear pinches, pliers, rope, and electric collars are all used in one version or another. Recognizing that many of us don’t have the stomach–or patience–for it, here are some quick tips on getting more reliable retrieves from a dog that is not and never will be force broke.

1. KEEP IT
A dog is already inclined to hold a bird—what self-respecting predator would give up food? If he won’t come those last few steps to you, it’s his way of reasoning: If I never close the gap he can’t take it away from me.

So, your first tactic might be letting him keep it. Don’t take it away. At least not immediately. Here’s why: A bird in the mouth is the ne plus ultra for a bird dog … his reason for being, the ultimate reward. If we snatch it away the moment he gets within range, it’s no wonder he won’t approach.

Don’t crouch with hand outstretched. Sit down, turn your back, put your hands in your pocket…anything that shows him you’re not stealing his prize–yet. Heel him along as he trots proudly. Sit your Lab at your side, bird displayed like a trophy in his mouth. Eventually, he will probably give it up, especially if you barter a food treat or send him hunting again.

He might want to run off or do a victory lap with his feathered burden, so be prepared to grab his collar or step on his checkcord. But remain steadfast in your resolve and let him savor that bird for a while.

2. REEL HIM IN
A 20-foot-long rope or “checkcord” helps you reel him in, no matter what. If he’s amenable, this works great until a bird drops at 21 feet away. It fails miserably if your dog is a drama queen and reacts negatively to being dragged toward you like a steer at a rodeo. That might be as “forceful” as any of the force-breaking techniques you’re studiously trying to avoid.

If these don’t work for you, try leveraging a dog’s instincts: to race out, catch and hold prey, then to chase you. Many trainers smarter than I am suggest running away from the dog to get him to come back to you. It’s a tried-and-true obedience-school tactic. I seldom see it employed for retrieving but it might work for you, especially if your dog is fairly obedient to “here” or “come.”

3. BE THE PREY
If he won’t come to you at all with a bird or bumper in his mouth, run away to elicit the chase instinct. Let your dog gradually catch up with you and as he gains ground, pivot like an NBA forward, slamming on the brakes. His momentum should carry him into your arms. Grab his collar. Let him hold the bird for a while.

4. EXTEND THE CHASE
If he’ll come to you reliably until the last few feet even when you don’t run off, let him get to the point of standoff. Slowly back up to encourage a “chase.” Build a little momentum, then quickly move toward him and hold his collar.

None of these are a substitute for the forced retrieve training process. But if you don’t have the time, heart, money, or expertise, you might utilize your knowledge of his instincts to get closer to a completed retrieve, without the angst.