Do dogs get bored? Boy howdy, they do! Howling, digging, whining, fighting, and barking are all evidence of a dog... 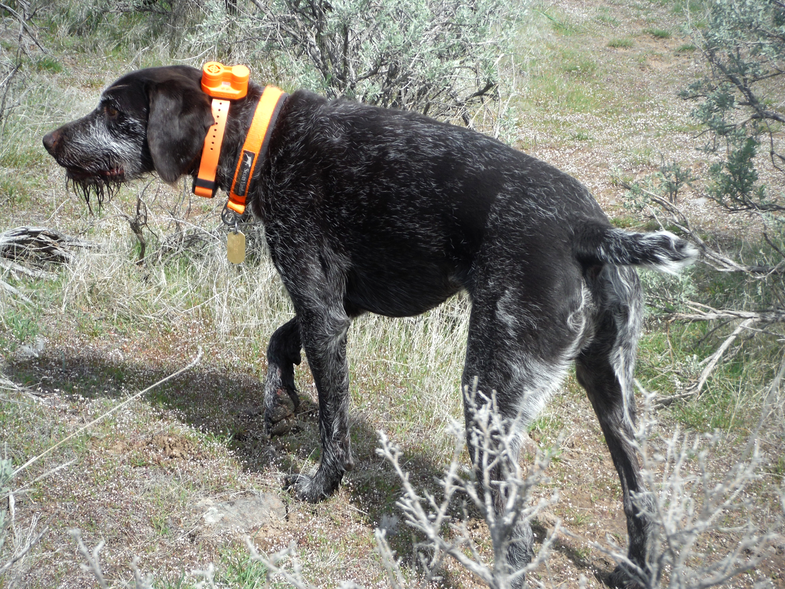 Do dogs get bored? Boy howdy, they do! Howling, digging, whining, fighting, and barking are all evidence of a dog with too much mental free time.

But boredom isn’t limited to lying around in the yard and waiting for the paperboy to ride past. Disobedience, unsteadiness, and inattentiveness are more subtle indicators of a dog that has lost his motivation.

So how do you help him get it back? My theory is that a dog who backslides on his training is like an underachiever in the classroom: he needs more challenges than his teacher is giving him.

If you aren’t fully engaging his mind, your dog might resort to canine spitballs by resisting your commands, or worse. And all of a sudden, you’re back to square one on skills you’d thought he’d mastered. I’ve watched my dogs go off the rails as if we’d never worked on retrieving, “whoa,” or simple obedience skills. Usually it’s me who’s gotten stuck in a rut with relentless repetition of the same skills at the same level. We both end up phoning it in.

So, what’s the solution? Why not try bumping him up a grade level?

Yes, there is risk in raising the bar. Dogs that are asked to perform too quickly and too far beyond their abilities may fail. Whenever possible you want to avoid that. But in certain instances—when you see him losing interest —it’s worth the risk to help him reach for the stars.

Here’s an example. I was working with my dog Manny on the NAVHDA Utility-level “duck search.” Ultimately, Manny would be required to swim and wade a brushy pond for ten minutes, trying to find a wing-shackled duck that is trying hard not to be found. The most valuable skill for this test requires him to use his nose to suss out faint duck scent lingering in the air, on the water, and and in the vegetation. It’s easy for Manny entering a small pond downwind of the duck – that’s his comfort zone right now. But every once in a while, I’ll put him on the upwind side of the pond so he has to expand his search before hitting duck scent. It’s a stretch, literally, but he’s proved up for the challenge.

Wherever you are in your training, there are ways to take it up a notch. Has your dog mastered retrieving from the “whoa” table? Go somewhere else, or have him fetch something different. Working on the “heel” command? Have someone—or someone with a dog on a leash—stand nearby while you reinforce your command. The simplest way to up the ante is to practice previously mastered skills in new locations or with added distractions.

In field skills, proximity is often the challenge. My young dog holds a point well when birds flush at a distance of 15 feet or more. When shot birds drop at a distance, he’s also steady. Putting your dog and the bird closer increases the challenge such that it might require a firmer hand. But eventually your dog will probably rise to it—if you’ve prepared him—one baby step at a time.

In the marsh, there are analogs: holding steady in the blind is easy without gunshots. Maybe you introduce the “big bang” from a distance, closely monitoring his reaction. When he’s rock-solid, bring that gun closer. Then move on to see what happens when a dropped mallard splashes in front of the blind.

What’s the best way to approach all this? Make a list of skills you think you have down pat. Then add a column next to it with ways to make them incrementally harder, and you’ll keep your dog firing on all eight cylinders.