How to Shoot Your Bow Accurately Even in Extreme Conditions

All diehard bowhunters point to the same goal: Making a good, accurate shot when the long-awaited opportunity finally presents itself.... 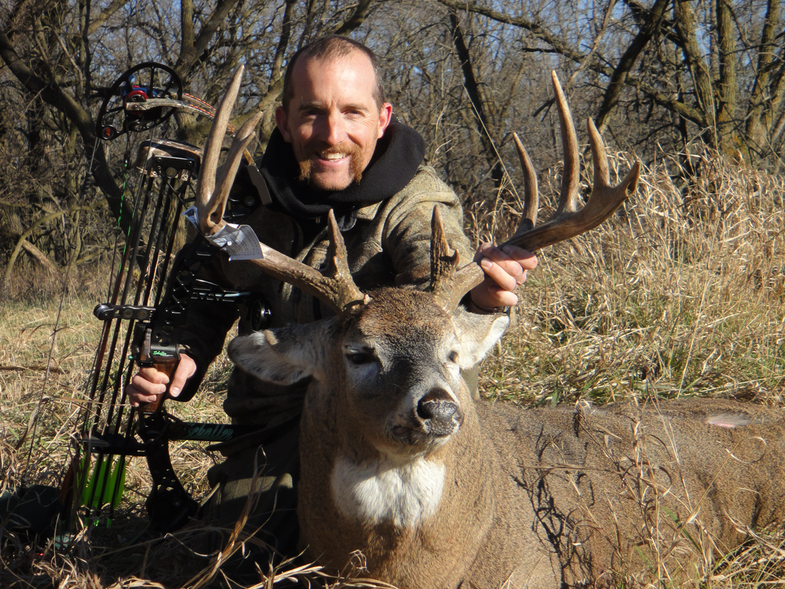 All diehard bowhunters point to the same goal: Making a good, accurate shot when the long-awaited opportunity finally presents itself. Ultimately, those precious seconds are what every successful bowhunt boils down to. But when the backdrop is a bone-chilling, late-season hunt, the difficulty meter can climb fairly easily from a four or five, up to a 10. And maybe even higher, for those who are unprepared for the task at hand.

So how can you give yourself every chance to experience late-season bowhunting accuracy? For the answer, I turned to John Schaffer, 45, a longtime competitive archer who is not only owner of Minnesota-based Schaffer Performance Archery pro shop, but also one of the nation’s most-successful bowhunters. As proof, he’s only seven animals away from completing one of his primary life goals: bow-bagging a North American Super Slam of 29 big game animals. Schaffer has hunted several states and provinces when conditions have been severe, ranging from late-season whitetails in his native Minnesota, to free-range bison in British Columbia, to late-season mule deer in the western U.S. And through it all, he’s developed a unique system that seems to work in all conditions. (You might remember Schaffer from his 10 gear tips for a better bowhunting trip.)

“I don’t wear any type of glove when I’m shooting, other than a really thin, polypro glove on my bow hand only,” Schaffer said. “And that glove is not for warmth, I wear it so my hand can move freely on a wood bow grip. I don’t like my hand sticking to the grip, and the glove seems to help the bow seat itself in the’V’ of my hand, and it won’t get hung up or force me to torque the bow.”

As stated, Schaffer goes gloveless on his release hand, and he also avoids any type of facial mask or covering, precautions that allow him to use a scary-dependable, four-point anchor system.

“My four-point anchor starts with my eye lined up with my peep, and I also have the tip of my nose touching the string, as well as the corner of my mouth touching the string. And then I’ll have my release along the bottom part of my jaw, which is the least-important factor,” Schaffer said. “A lot of guys screw up by only using the side of their face as an anchor point; some like to tuck their thumb behind their jaw, or behind their ear; these are just not as reliable as having four different points.”

To stay warm in treestands with virtually no gloves, Schaffer depends on chemical handwarmers in his coat pockets, or simply stuffs his hands in the large, fleece-lined pockets of his favorite cold-weather jacket. When roving in the mountains after free-range bison, or chasing late-season mule deer, Schaffer will keep his hands in oversize mittens—sort of a modern “chopper” style that can easily accommodate his hand with release attached, yet can be shed quickly when it’s time to shoot. When it’s time to launch, Schaffer simply drops the big mittens at his feet.

And speaking of drawing, Schaffer knows using too much bow poundage in extremely cold weather is a consistent factor in preventing many of his customers from achieving deadly accuracy. It can even prevent the ability to draw back at all. Each year, Schaffer hears horror stories of customers who are so over-bowed they simply cannot reach draw in the presence of a late-season deer. To combat this epidemic, Schaffer has developed a simple test.
“I tell customers to sit down on the floor, with your legs straight out in front of you—you can’t bend your knees. If you can pull your bow back easily in this position, using a normal drawing motion—meaning not pointing your bow skyward or any jerky movements—you’ll never run into a situation while hunting where you can’t pull your bow back.”

Smart bow choice, Schaffer said, can also be a factor when you plan to hunt the late season.

“I like to use a bow with at least a 6.5-inch brace height in the winter,” Schaffer said. “In the past I’ve had some really fast bows that I’ve really liked with 5-inch brace heights, but those are just not practical when you’re wearing bulky clothing to stay warm. I went through a period where I used to have ‘early season’ and ‘late-season’ bows, but now I use a really fast 7-inch-brace-height bow all year round.”

Many a bowhunter has heard the time-honored saw: Be sure to practice shooting in the clothes you will wear afield. Schaffer has heard and recommends it as well, but he adds a slight twist. Schaffer knows most every hunt can feature last-minute clothing changes forced by varying conditions, so he builds in a safeguard. Each day, he will shoot a practice arrow while out hunting to ensure foolproof accuracy. He’s done this without fail, for years.

“It’s just one of my basic rules of hunting, and it’s kind of quirky, but I always shoot an arrow a day, whether it’s at a squirrel, a leaf, whatever. Doing this you learn a lot—about what you’re wearing, your elevation, and more. If you didn’t shoot an animal that day at least you shot an arrow, and maybe you learned something in the process. Even if I’m in the middle of nowhere, I always shoot that one arrow.”