I give seminars and talks at events all over the country, and a recent talk at Pheasant Fest generated some... 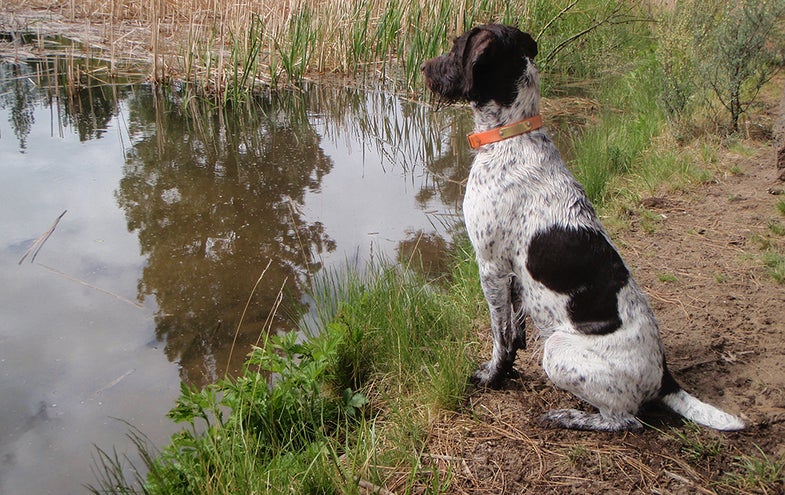 I give seminars and talks at events all over the country, and a recent talk at Pheasant Fest generated some spirited feedback and fascinating stories of other dog owners’ trials, tribulations, and triumphs. The most intriguing discussion in the aisle had to do with which words to use for which commands, and why. Here’s my take:

Simple is better. According to the U.S. Army, your pup could conceivably understand more than 200 different commands. But not at my house. I give my dogs easy-to-yell names (one or two syllables). That way, they learn their unique signal faster.

But be mindful that sound-alike conflicts are a major bugaboo. Many of our commands can sound like names. Call your setter “Beau,” and he might “whoa” when you want him to hunt on. Rover sounds like “over,” a common command among retriever handlers. And “no” sounds like Beau or whoa, adding to the confusion.

I strive for distinctive words for each desired action. Momma dog uses “aagh” when she disapproves, so why not take advantage of genetics and use it, too? (It may be academic. At our house, most dogs’ first names end up being “Dammit,” at least early in their careers.)

“Here” is easier to yell than “come.” But “heel” and “here” sound the same, so my “heel” command is “walk.” I don’t use “over” when I want my dog to change direction, I use “way” as the command, often accompanied by a hand signal. My release command can’t be “okay,” or there’ll be more confusion. And he might think I’m asking him to hold still: “Stay.” ”Alright” is safe and sounds like nothing else in the lexicon.

I have a theory that most times, dogs simply hear the vowel and ignore the consonants. Testing this theory on my dogs probably doesn’t prove much besides confirming that I’m a bad trainer, but it seems to ring true. At Pheasant Fest, one of my new friends disputes this theory and offers various command words and tricky situations where he has tested his dogs and they have learned the difference. More power to ya, Andy. But as I said, for me and my dogs, simple is better.

While we’re on the subject of canine comprehension, remember that “Far Side” cartoon where poor Ginger hears “Blah, blah, blah, Ginger blah blah blah”? Well, that’s truer than you think. Remember, dogs think in a linear manner. Stringing a long line of words together requires a long thought process, something they are less skilled at than we are (Green Bay Packers fans notwithstanding). Consider developing a short training vocabulary. Keep out extraneous words. Think Hemingway, not Shakespeare. Leave the expansive narrative for that post-hunt campfire story. Your hunting buddies might be better at the long thought process than your dog, but I don’t know your friends. Or your dog.