Your favorite game is about to change. Whether that’s deer, turkeys, elk, ducks, coyotes, or any other furred or feathered... 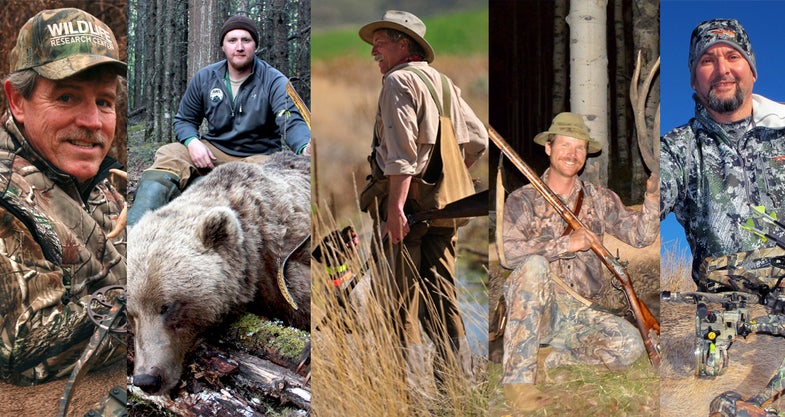 Your favorite game is about to change.

Whether that’s deer, turkeys, elk, ducks, coyotes, or any other furred or feathered critters, we want you to hunt more effectively and enjoyably. And more often.

With that frequency in mind, starting today we will deliver a daily helping of outdoors intelligence all focused on a single objective: making you a more knowledgeable and deadly hunter. It’s Outdoor Life’s “Game Changers” blog, and we’ve recruited a platoon of writers to share their experiences, perspectives, and accumulated wisdom on hunting tactics and field skills.

The Game Changers draw from more than a century of combined expertise hunting from coast to coast, from the hardwoods to the high country, and from the Rio Grande to the Boundary Waters. Here is the crew that will help draft your new game plan.

A former newspaper editor and lifelong outdoorsman, Moore’s byline will be familiar to Outdoor Life readers. He’s a longtime contributing writer and former executive editor of OL. Now based in Tennessee, Moore has covered everything from hunting bluebills along the Gulf Coast to grouse in the mountains of North Carolina.

His blog will focus on the myriad types of hunting available in his homeland. Whitetail deer and wild turkeys are at the top of every hunter’s list in Dixie, but he will also report on small game, wild hogs, waterfowl, and various gamebirds. Moore will post on Mondays.

Tyler Freel is living the life many of us outdoorsmen dreamed of living when we were younger. A longtime contributor to Outdoor Life and former host of OL’s “Live Hunt” blog, Freel lives in Fairbanks, Alaska, and spends most of his time in the wild woods and waters of Alaska’s interior and coast.

He will report on his experiences and offer tips and advice about mountain hunting, predator calling and trapping, and hunting bears, moose, and deer. Freel is equally adept with traditional bows as he is with rifles.

Freel is also a licensed assistant guide and has helped guide moose, brown bear, and deer hunts. He spends much of what the rest of us consider the off-season trapping and skinning wolves, bears, and other game, as well as cutting mountains of firewood. Freel will post on Tuesdays.

Oregonian Scott Linden is the creator and host of the TV series Wingshooting USA, frequently writes about dog training and upland hunting for various publications, and is the creator and former host of Outdoor Life’s radio program. His book, What the Dogs Taught Me, was released in 2013.

Linden will cover gundogs, upland bird hunting, waterfowling, and just about any outdoors pursuit that is done with a shotgun. Much of his expertise will be channeled through his German wirehaired pointers, Buddy and Manny.

You can read more of Linden’s perspectives at his blog scottlindenoutdoors.com. Linden will post on Wednesdays.

Utah native Aram von Benedikt spent nearly two decades guiding and outfitting hunters around the West, and currently lives on a small ranch in southern Utah, raising cattle and kids (though not necessarily in that order).

He will cover Western big game, backcountry hunting, horseback hunting, and the curiosities of traditional bows and rifles. He builds self bows, working cowboy saddles and gear, presentation-grade flintlock longrifles, and teaches traditional hunting skills when he’s not writing for various publications. von Benedikt will post on Thursdays.

The former editor-in-chief of Bowhunting World, Mark Melotik is a writer and outdoorsman who has hunted most states and Canadian provinces, as well as Africa. An incurable bowhunter who specializes in whitetails and backcountry hunts, Melotik hails from Minnesota.

He will cover deer, wild turkeys, small game, land management, and pretty much any species that can be hunted with a bow and arrow.