Deer seasons may be winding down over much of the country, and you have likely packed away bows and guns... 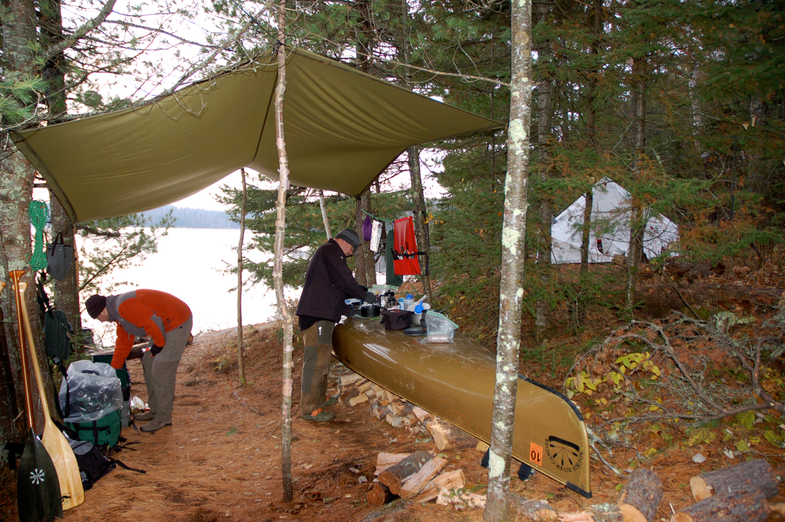 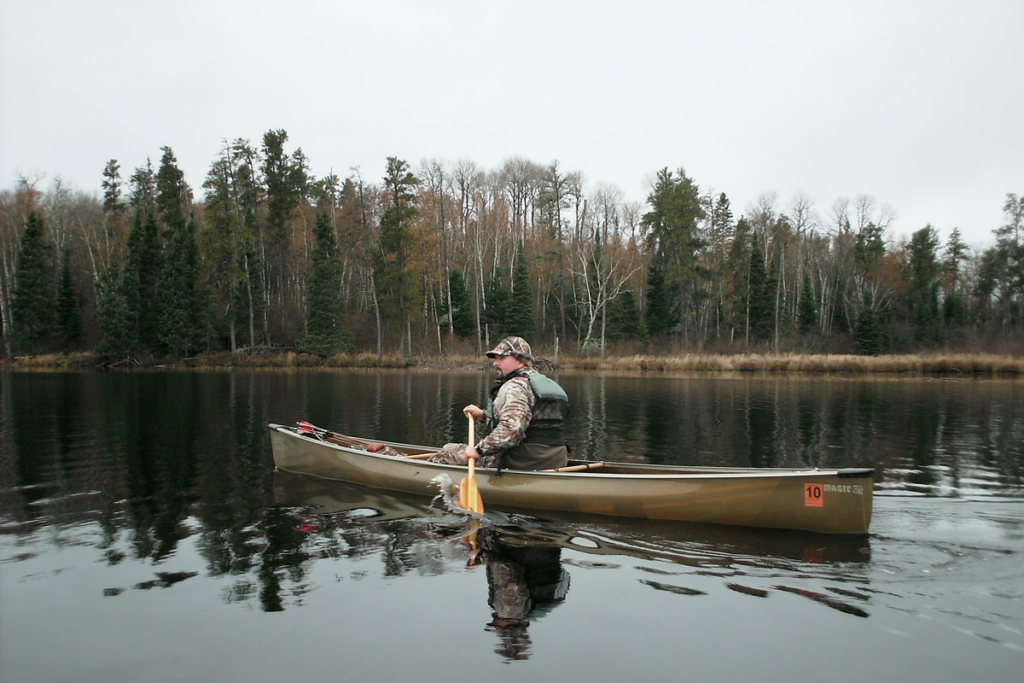 Deer seasons may be winding down over much of the country, and you have likely packed away bows and guns or otherwise settled in for the long, dark nights ahead. Yet even as Old Man Winter closes in, I know a way to rekindle your whitetail hunting fire: Plan a wild and wooly whitetail adventure into the remote, northernmost stretches of Minnesota’s Boundary Waters Canoe Area Wilderness.

Canoes, paddles, and gear-laden dry bags may not be standard rut-hunt gear, but they’ve become a few of the integral ingredients that make this hunt so special: Other than your legs, human-powered canoes are the only way in or out of the BWCAW, tucked neatly into my home state’s far northeast corner. This is a hunt for those who like to ditch the crowds and test their outdoor mettle, and a better backdrop for this ambitious combo might not exist anywhere on the continent.

The fringe benefits of this hunt are many. A few include a remote wilderness lakeside campsite—most come complete with ancient, towering white pines—and on your way there you’ll likely skirt a spattering of dense cedar swamps patrolled by secretive Canada moose. You’ll also encounter soaring bald eagles, abundant beaver colonies, and, hopefully, your quarry: bruiser Northwoods bucks built like NFL linebackers, toting heavy racks rubbed a rich dark chocolate with help from sweetly pungent pine sap. For this bowhunter, that’s about as good as hunting gets.

Those familiar with this popular recreation area know it sees a steady stream of spring and summer use; adventurous groups and families arriving from points around the nation and beyond—enthusiastic paddler-campers of all sizes and ages. But come late October, the place is darn near deserted. When it comes to bowhunting, and big bucks, deserted is good.

That was the scene a few years ago when a couple friends and I paddled our way to a carefully chosen campsite just a few miles from the Canadian border. Not long after making camp we began discovering fresh scrapelines on nearby ridges, and then, clusters of fresh, promising rubs in some fairly obvious funnel areas. Things were looking up.

A few days later found me in a small portable hang-on stand in a lakeside pinch point, guarding a handful of fresh, bright yellow-orange rubs. I’d accessed the area after rising early and paddling from our campsite in darkness to the small secluded cove, where I beached my canoe and hiked the quarter-mile to my stand. Shortly after 8 a.m. I’d completed a brief but silence-shattering rattling sequence; it wasn’t a minute later when a brutish buck snuck in to 30 yards or so, looking hard for the fight. At that point I switched to a soft doe bleat call and he came in on a line—until he stopped and glared up at me from just 12 yards, in brush so thick I could just barely make out his dirty-white throat patch. And then, with a slight tilt of its head, the subtle, shiny edges of what appeared to be a solid 20-inch rack. Who would flinch first? 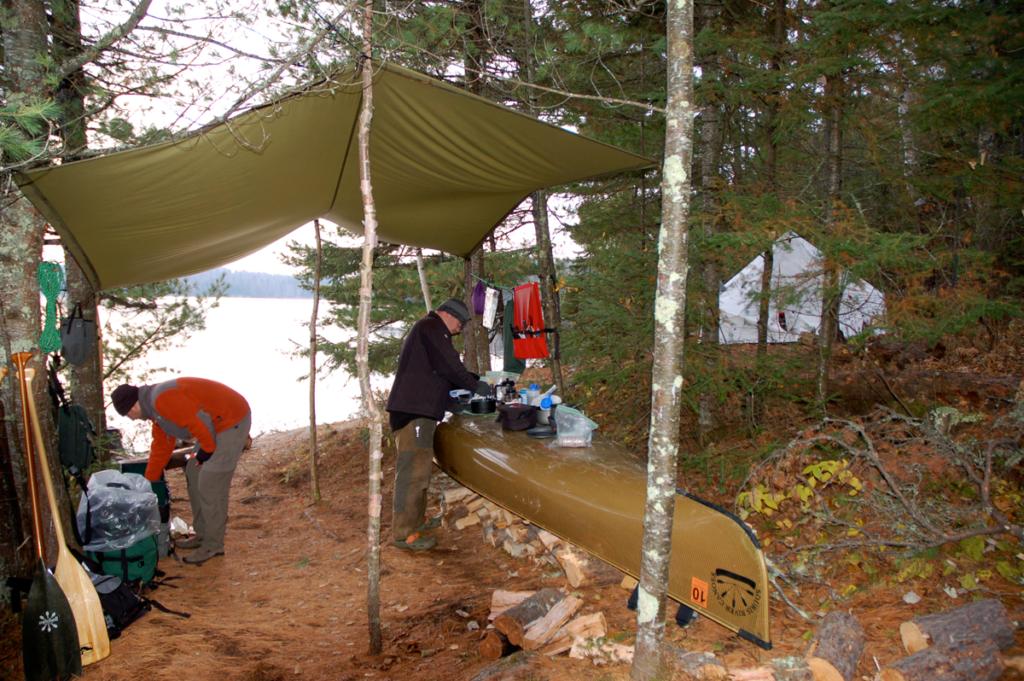 After a tense 30-second standoff that featured my best tree-trunk imitation, the buck seemed to relax and lose interest. It shifted to its right, allowing me time to grab a quick breath and find a small, clear opening just ahead. I quickly drew my trusty recurve and focused on that spot should the buck’s deep chest appear. Seconds later it did.

The release was subconscious; to this day, not one of my bow shots has ever looked or felt better, and my double-thumping heart confirmed my optimism. However, it was not to be. Closer, ground-level inspection of the shot site minutes later found my one-piece, three-blade broadhead buried deep in a pine trunk—cocked steeply at a strange angle. An unfortunate deflection cost me that dream buck.

Even though that fateful bowhunt occurred several years ago, I can still recall that encounter as if it was yesterday. And even though my miss still makes me cringe, I paddled back to camp that day not depressed but almost giddy, my face one wide smile. Hunting in a pristine setting like the wild BWCAW can do that a person. I don’t get there enough, but when I do, I know that win, lose, or draw, I’ll experienced a unique adventure during a truly magical time of year. I can’t wait to get back, and my planning has already begun.

For more info on the BWCAW, including obtaining the necessary access permit, click here. For info on outfitting your adventure with the right gear, or canoe and other gear rentals, I’ve had great success with and heartily recommend experienced paddlers John and Lynn O’Kane at Ely, Minnesota-based Voyageur North Outfitters.