Off-Season Project: How to Find Your Perfect Bowhunting Release

What type of bowhunting release aid should you use this fall? The same model you’ve used for years? Will experimenting... 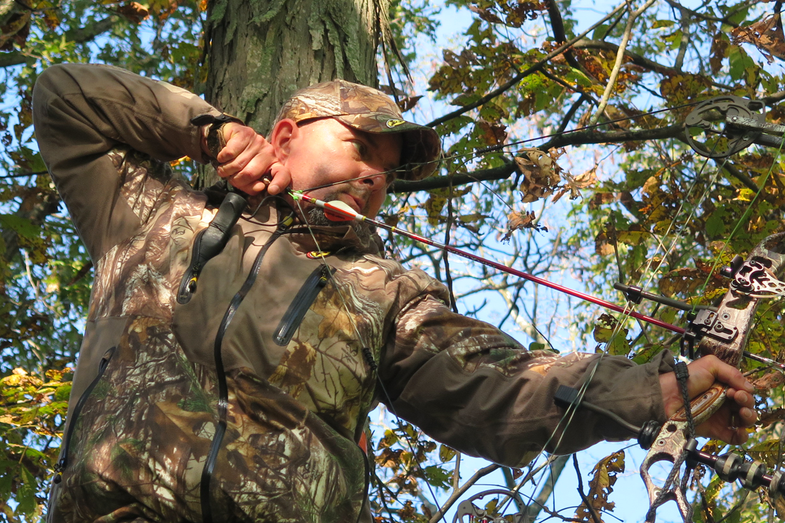 What type of bowhunting release aid should you use this fall? The same model you’ve used for years? Will experimenting with a new model help or hurt? The short answer to all these questions is fairly easy: You should use a model that allows you to produce the most consistent accuracy while ensuring solid and easily repeatable shooting form. And the sooner you begin the process, the better.

Many bowhunters struggle with good form, and by using the right release “system” both your form and in-the-field accuracy will improve. The difference can be huge. But keep in mind that you, the shooter, are most responsible for your form. Even the best release aid won’t perform miracles on its own. Changing over to a radically different release model is a big deal, but right now is the best time to begin figuring this all out—especially if you have easy access to an indoor shooting range. With every passing month your new release regimen will become more ingrained in your shot preparation, and by late summer (even much sooner), it will become near-automatic. That is the goal.

Currently hot items in the release industry are two distinctly different models: String loop releases, typically fired with your index finger, and thumb-trigger models made popular by target shooters but increasingly tweaked to cater to bowhunters. And then there are caliper designs, typically fired by the index finger, which are still the most popular for the vast majority of bowhunters.

**Begin With a Solid String Loop **
First of all, if your bowstring doesn’t feature a tied-in string loop, you need to get one. Novices should have one installed by a local archery pro shop, and you can also check out YouTube for fast and easy install instructions. Although you’ll have to shorten your bow’s draw length a bit to compensate for the length of the loop, string loop connections promote increased accuracy through improved arrow flight and positive peep alignment, and they also prevent string wear. String loops also work with most every type of release aid.

Dedicated string loop releases utilize a peg or hook that holds the string loop throughout the draw cycle; as you squeeze the trigger, the hook falls forward and drops the string. One of the only downsides to this design is that care must be taken to maintain enough tension on the loop/release connection, to ensure the hook does not disengage from the time you decide to “hook up” until you actually begin your draw cycle. With practice, this becomes second nature, but it remains one more thing to think about when a trophy buck (or bear or bull) is in sight.

Thumb-Triggers: Everyone Should Try One
Thumb-trigger releases are handy for hunting because many models allow you to clip the release onto your string loop, and leave it hanging there until you are ready to make your shot. However, most thumb-trigger models do not come with wrist straps, which may make them harder to use with heavier-poundage bows. All of the draw weight is held by your fingers. It takes a bit of getting used to but most people gain finger strength quickly, and it’s good to know that in many cases, people who simply do not like this feeling can likely find an after-market wrist sling to use with their thumb-trigger release. Start by inquiring with the specific release manufacturer for recommendations.

Personally, most of my bowhunting is done with a dual caliper, index finger design complete with buckle wrist strap. You should know that virtually all of these models purchased “off the shelf” will require some tweaking before they become as deadly accurate as they can be. First of all, your chosen model must fit correctly, and that typically means it must be shortened. In many cases, quite a bit. When set properly the release trigger should contact the flesh of your index finger found between the first and second finger joint. And the closer to the second finger joint, the better. Your goal is not to use your finger to trigger your release at all, but instead, you should focus on triggering the release using your upper back muscles. This method, which is often described as attempting to squeeze your shoulder blades together, is in stark contrast to the twitchy, unreliable, “finger tip” trigger system used by most novices, which can quickly lead to bad shooting habits including dreaded target panic.

Several Releases Aimed at One Goal
My personal release system includes use of several different models. Beginning in late winter and straight through spring and summer practice sessions I like to make use of thumb-trigger and back-tension models (hand-held models that can be fired only with steady, smooth tension) and later begin incorporating my favorite hunting models: index-finger calipers. Using this system allows me to hold steadier and be more accurate in the field, when I’m preparing for that next shot of a lifetime.