Small Game Hunting: How to Call Grouse and Ptarmigan

I know this sounds ridiculous. I thought the same thing when my friend Jeff told me about it one morning... 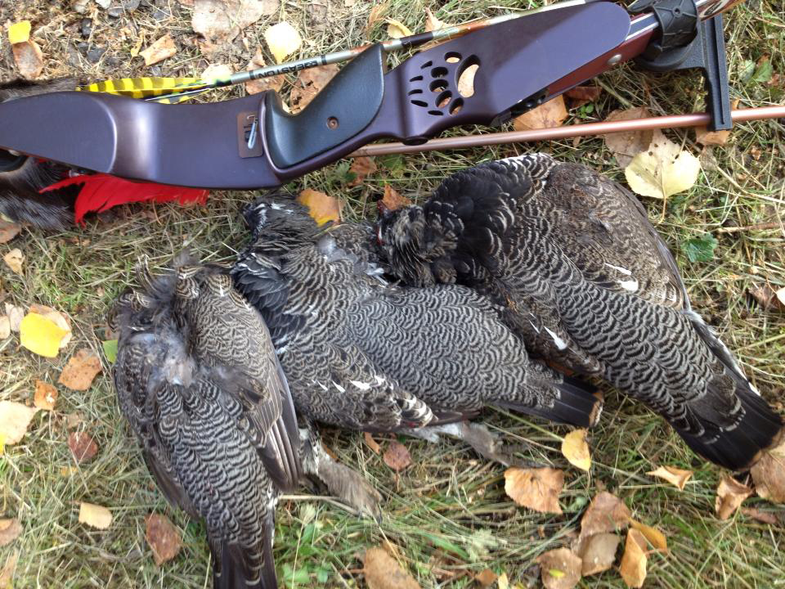 I know this sounds ridiculous. I thought the same thing when my friend Jeff told me about it one morning as we fixed breakfast while guiding moose hunters, the September before last. He told me a story, claiming it was possible to locate and even call in ptarmigan by clicking rocks together. I took it with a grain of salt and moved on with my day.

But our camp was on a lake surrounded by black spruce, and we usually had a couple of spruce grouse wander through camp each day. One day, after calling for moose all morning, everyone was taking an afternoon nap. I was throwing spoons for a pike for dinner. For some reason, I actually decided to pick up a couple of nice, round rocks and see how they sounded.

I started clicking them together, and it sounded surprisingly like a grouse’s clucks. Almost instantly, I heard a rooster nearby set off in a flurry of clucking that resembled an angry turkey more than a pint sized fool hen. I kept up the charade, clicking the rocks in the same pattern that the grouse was blasting, working a little closer to where he was. When I saw him, he was about 30 yards away, up in a spruce tree. I just kept on calling, and he couldn’t take it. He flew to a closer tree, then one even closer. I was already in disbelief, but then the rooster dropped to the ground about 10 yards in front of me and began strutting.

After putting that bird in the pot, I chalked it up to coincidence. But I couldn’t do that for long. Every morning, I would crawl out of my sleeping bag, grab my rocks, and start clucking, and every morning birds would answer. Several times, we had birds show up right next to camp an hour or so after I had finished “calling.” That was actually possibly a coincidence, but it was still pretty neat.

I guess it makes sense that they would respond. I don’t know about all species of grouse, but spruce grouse and especially ptarmigan are very vocal birds. Probably 9 times out of 10, I locate ptarmigan by hearing their clucking well before I spot them. Trying different rocks until you get a similar pitch, then clicking them together rapidly to imitate their vocal pattern really seems to work for at least locating birds in thick cover, or even bringing them to you in some cases.

What’s more, is that this all took place during the fall, and didn’t really seem to matter that it wasn’t breeding season. Maybe there’s more to what these birds are saying than we know.
I can’t guarantee it will work all the time. But I kid you not—it does work.