If you spend much time around the folks who manage the wildlife species you love to hunt, you’ll hear some... 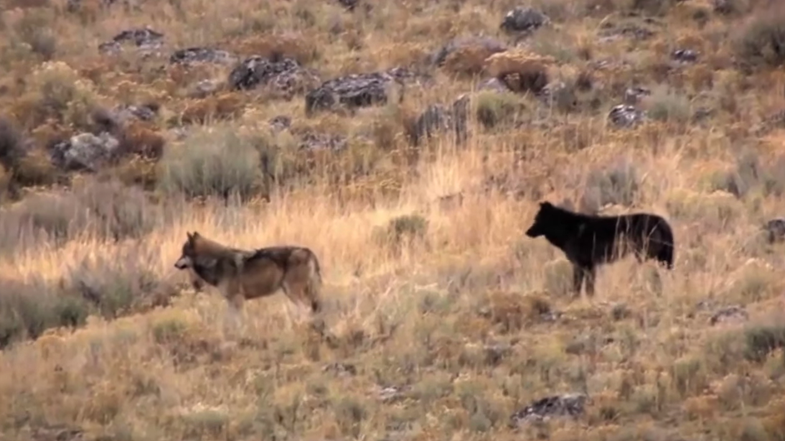 If you spend much time around the folks who manage the wildlife species you love to hunt, you’ll hear some obscure vocabulary. “Recruitment” doesn’t mean athletic encouragement, but the ability of a critter to replace itself. “Browse” doesn’t mean to casually shop, but rather a type of wildlife food.

With our goal of your continuing education in mind, here are a couple other terms you may hear bandied about: “keystone species” and a phenomenon called “trophic cascade.”

Wildlife Biology for Hunters: What’s the Deal with Population Growth

When referring to the ways in which wildlife can impact their environment, the term keystone species is typically used (Mills et al. 1993). A keystone species is a plant or animal species that can have a vast impact on their environment by regulating or altering the habitats’ ecological community. Typically, keystone species are apex predators, such as wolves, lions, or sea otters. Through predation, predators keep their prey species populations in check, whether it is by regulating the population size or influencing prey behaviors. In the United States, many top predators (i.e. keystone species) were once extirpated from large tracts of land, resulting in changes in that habitat. In some places, the changes were as benign as an increase in prey numbers, while some areas the result was a composition change of plants and animals. When keystone species are removed from the ecological equation, the associated changes are known as a trophic cascade.

In Pennsylvania, the traditional top predators (wolves and mountain lions) have long since been extirpated from the region. With the removal of those predators, the deer population had increased from historical numbers, resulting in overpopulation across the state. The deer population has since been reined in, thanks in part to hunter harvest, but the impacts of the overpopulation has already taken hold. Much of the forest diversity, both herbaceous understory and woody overstory has greatly declined due to the historical overbrowsing (Goetsch et al. 2011). The decrease in plant diversity due to an abundance of deer resulted in the decrease of songbird diversity (Casey and Hein 1983). The impact of keystone species removal has a disruptive effect that can be felt throughout the ecosystem.

Another example of the role keystone species play is wolves in Yellowstone National Park. Prior to the reintroduction of wolves into the national park, much of the landscape has been degraded by the overabundant elk, deer, and moose. When wolves re-established packs within the park, the environment vastly changed. Degraded woodland habitats were able to regrow with the removal of excess browsers, resulting in an increase of local biodiversity and the improvement in body condition of elk and deer since there were fewer individuals to compete for limited resources (Ripple and Beschta 2012).

Here’s a quick, yet detailed overview of how keystone species can impact their environment, focusing on the Yellowstone wolves:

It’s easy to forget about the complex relationships and interactions that make up an ecosystem. By thinking about the larger picture, outdoor activities can become more rewarding. Rather than just snagging that big buck, or filling up your freezer, you may be helping control an overabundant population and increase local biodiversity. Instead of burning pasture to get rid of un-desired plants, you’re increasing native plant diversity. The smallest changes to nature can have vast reaching impact.