Speak Up When Your Dog Goes On Point for Better Performance

I’m pretty well “whoa” trained. When telling a dog to stop, I slam on the brakes. It’s one of the... 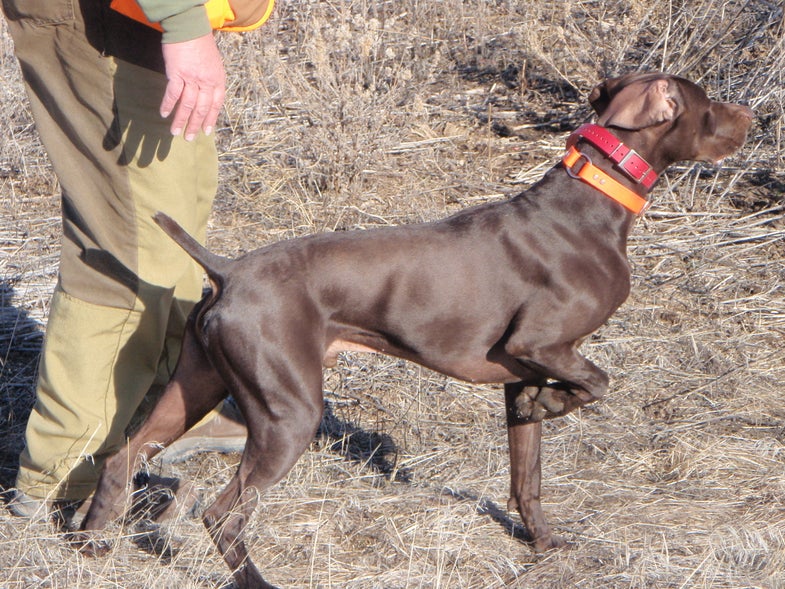 I’m pretty well “whoa” trained. When telling a dog to stop, I slam on the brakes. It’s one of the funny things about this command that got me wondering how differently we think—and act—with “woah” compared to other commands.

Along with whatever strategy you use, something often gets lost after a birdy dog becomes motionless: our ability to speak. When training “heel,” “come,” “fetch,” or any other command, a solid execution of the command elicits a “good boy.” But then why do we clam up once the dog obeys a “woah” command?

Check yourself: Fido is coursing a field and slams into a point. If you’re me, you’ll also lock up, then eventually realize you’re in charge and need to do something—hopefully while the dog remains staunch. You might skulk toward your dog and bird, or stride purposefully. But how many of us actually proceed silently, hoping against hope that our dog holds still? 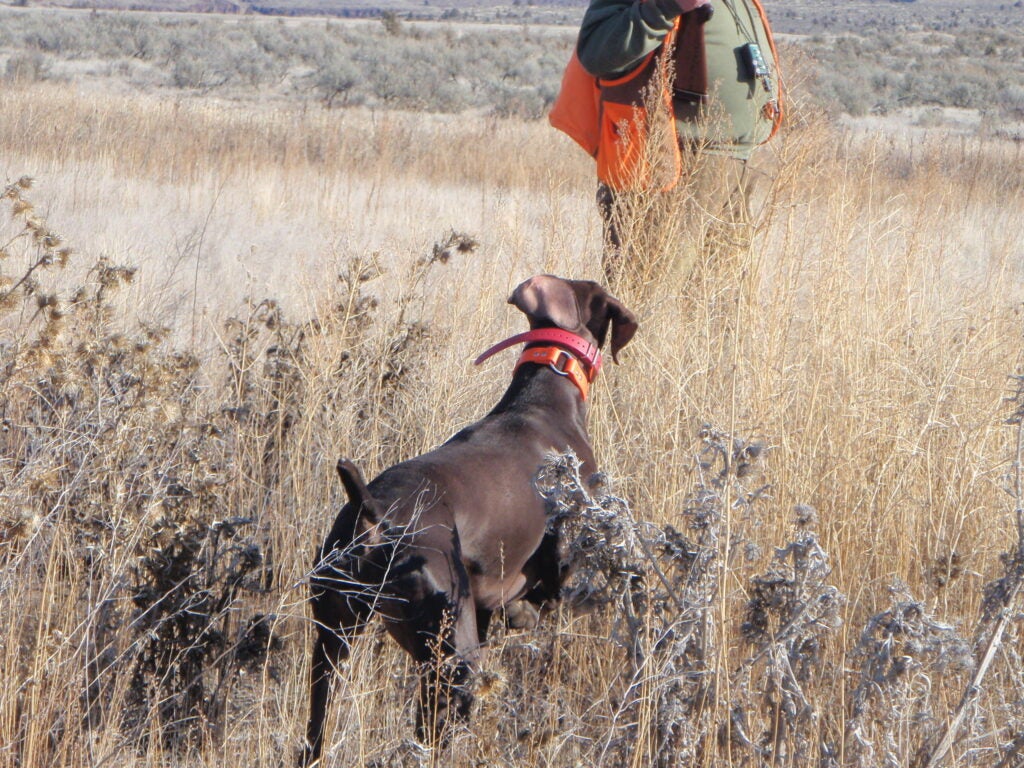 Is that okay with you?

Next time, quit letting your mouth “whoa” when he does. After all, Gunner heels in the yard? You praise. He comes back with a bird in his mouth? You scratch behind his ears. But that end-swapping point on sketchy bobwhites is met by a silence as heavy as the moment between sermon‘s conclusion and congregation’s “Amen.”

To a young dog torn between primitive passion and desire to please you, a word of praise may mean all the difference. I know Manny’s steadiness improved once I began delivering positive feedback instead of zipping my lips.

What about you? Does cat got your tongue when your dog scents a bird?