Training Tips: Think Like a Dog and Give Straight Commands

Like a Boy Scout, I prefer to be prepared when I give a command to my dog. If he’s also... 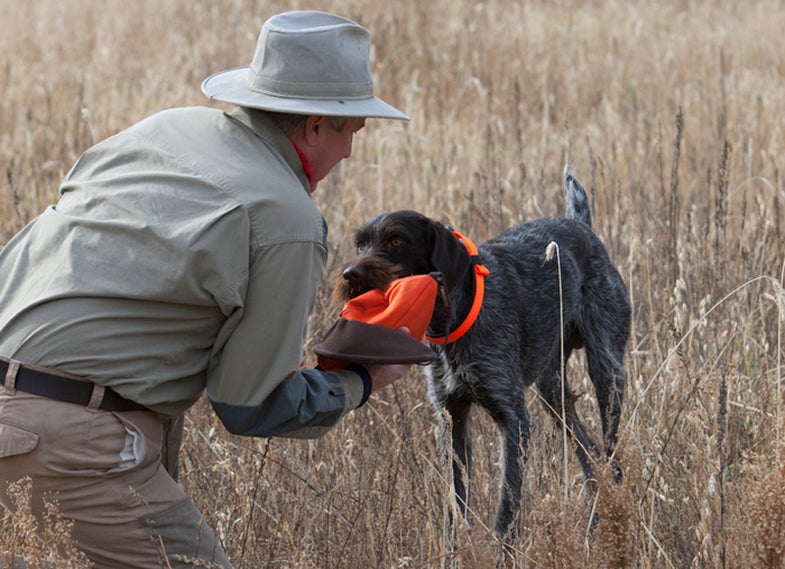 Like a Boy Scout, I prefer to be prepared when I give a command to my dog. If he’s also prepared, things generally go better for both of us. Often, preparation is simply the elimination of distractions more tempting than the command you’re about to give. If you believe, as I do, that dogs think – and act – linearly, in many cases, preparation means minimizing physical impediments.

When calling my dog to me, I wait until there is nothing blocking his route. Trees, shrubs, people, fence, other dogs, all increase the chance of distraction and his losing track of the original command and destination. Same for retrieves – a straight return route is the least distracting. You two can make eye contact, he’s literally focused on the end game.

Want your pup to power into his crate at night? Get everything out of the way first, from newspapers on the floor to your favorite recliner. Even another human making eye contact can cause Fido to veer off course. As a young dog masters kindergarten and you want to challenge him, adding physical as well as mental distractions hones their performance. But in the early stages of training any skill, less (distraction) is more (mastery).

Likewise, it helps in the early stages of training to go with the flow. A dog that is running in your direction is a good candidate for a “come” command. With young dogs, that’s exactly when not to deliver a “whoa.” Besides confusing him, you’re fighting momentum. Conversely, your odds of getting a half-trained dog that is racing away from you to reverse field and “come” are pretty sketchy.

Does their different way of thinking mean we should dumb down our dogs’ training? That wouldn’t be my choice of words. Rather, put yourself in his place, literally, imagine what he is seeing, reacting to, anticipating. Direct or correct accordingly. If you watch your dog carefully, you can often pre-empt him from doing the bad stuff, and guide him to do the good stuff simply by better understanding his linear – and literal – thought process.