The only thing that keeps turkey-hunting expert Gary Sefton from devoting his entire fall to the pursuit of the grand... 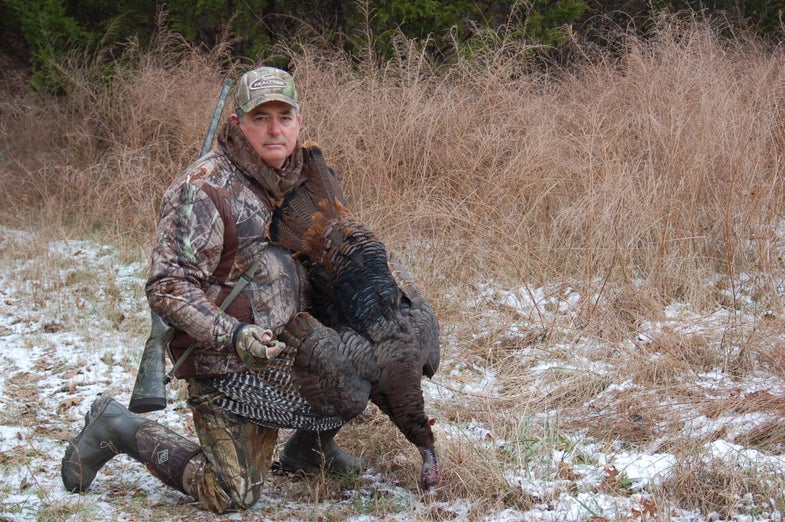 The only thing that keeps turkey-hunting expert Gary Sefton from devoting his entire fall to the pursuit of the grand bird is a secondary obsession with whitetails. However, the cagey 71-year-old who hails from Cornersville, Tennessee, is not nearly so indecisive when it comes to fall turkey tips.

“Fall turkey hunting Tips One and Two are to find the food,” Sefton says, matter of factly. “That can be acorns, wild grapes, grasshoppers and insects, or any kind of mast, including beechnuts. I’m a real avid fall turkey hunter, so I scout in the late summer for the best mast crops. With that done, I’ll know where to find fall turkeys before I head out the door.”

Local ag fields can be great spots, Sefton says, but be warned that some can be so large that it can be hard to pinpoint spots where turkeys will enter them. That’s why Sefton’s favorite setups are smaller, more isolated stands of mast trees hidden within larger blocks of timber. These take some dedication, as well as some shoe leather, to find and monitor, but for Sefton it’s a labor of love.

“You find a beechnut tree that’s loaded in late summer, you’re in good shape,” he says, adding that he always carries a good binocular during scouting trips to help him evaluate mast from a distance. He also recommends wearing comfortable boots because he likes to log several miles on each trip locating the very best trees.

Experience a Classic Hunt
Sefton is particular about his scouting, and also about his fall hunting tactics.

“The classic way to hunt turkeys in the fall is to scatter the flock and call them back,” he said. The details are pretty much as you’d expect—only louder. Much louder.

“Once you determine where the turkeys are feeding, try to get just as close as you can—and then you have to turn into their worst nightmare. The louder you holler and scream and stomp and break limbs, the better. You’ve got to get them scattered—make them fly—and you don’t want to them to fly off in only one direction.

“I usually take along some blue-light-special dove loads in my vest, just for scattering them,” Sefton continued. “If you don’t shoot, you can’t create enough chaos and commotion. You have to work on their flocking instinct to call them; if you don’t scatter them in all directions they don’t need to call to find each other again.

“Once you flush the flock the first time, 99 out of 100 times they’re going to land in a tree, because that’s their survival instinct,” Sefton explained. “The old-timers used to say, they would sit in that tree an hour for every year of age, but my contention is that they sit up there until they forget what got them up there.

“Once I determine where most of them flew up, I’ll make a half circle around the area, and every time I hear a turkey fly out of the tree I’ll shoot my shotgun up in the air,” Sefton explained. “Usually when I shoot, three or four more will fly out of there. Then I go back to the original flush site and set up. You have some time, so I might take a few minutes to make a natural blind.

“Then you wait for the turkeys to start calling. It will take about 20 minutes; never more than 40. Typically, I will start calling myself, and they’ll start answering. Then I’ll pick the closest bird, and I’ll mirror its calling. Whatever it does, I’ll do it right back. Oddly enough, they will respond to their same call consistently. Be prepared that you’ll have many more turkeys responding to your calls, but you can’t get sidetracked. Keep answering that same, single bird, and pretty soon, it’s time to get your gun up.”

Save the Gobblers for Spring?
Sefton’s pet scattergun is a well-worn Remington 870 pump, pushing 3-inch No. 6 loads. He won’t point it at just any bird.

“I’ve hunted fall turkeys in many different states, and I’ve lost count of how many fall birds I’ve bagged, but I don’t believe in killing gobblers in the fall,” he said. “You kill a gobbler then, and that turkey will never be able to gobble for you in spring, and that’s my most enjoyable time to hunt. That’s when you get to experience the vocal, along with the visual display, and that’s just the ultimate thrill.

“Fall hunting is more challenging, and they don’t come strutting in—they come in sneaking and ducking and dodging,” Sefton explained. “One time I broke up a flock and called in nine different turkeys—and finally got a shot at number nine and killed it. The previous eight, every one of those birds saw me and busted out of there like scalded cats. It helps to carry along a single hen decoy, so you can get that evil eye off of you.

“If you like to call, fall turkey hunting might be your thing,” Sefton opined. “Sometimes it takes 15 to 20 minutes of solid calling to convince them to come in, and you can’t quit. During the spring you can’t call that much. During some fall hunts, I’ve worn blisters on my tongue.”

Tongue-in-cheek anecdotes aside, Sefton says that all fall turkey hunters need to master just two different calls: the distinctive, high-pitched kee-kee run, and the “lost” call, which is a long series of yelps.

“The kee-kee run is best done using a diaphragm, and you can also produce good ones using a friction call,” Sefton advises.

Other Tactics
“I’ve killed turkeys out of a blind in a fall, but you really need to have them patterned,” Sefton says. “If you can do that, you can call them down off the roost.

“Another way to scatter them, and the most effective, is to scatter them off the roost, if you can locate the roost the previous evening. Then the next morning, you sneak in there, and start beating logs on the roost trees, and shoot the shotgun in the air. That works great.”

To learn more about turkey hunting from the well-traveled, hard-hunting Gary Sefton, pick up his new book, “Lessons Learned from the Magnificent Bird”—211 pages of turkey tales, tactics, and techniques, available from Amazon.com.