“Do you want to kill a turkey, or practice your calling?” Bo Pittman, among the best turkey hunters to ever... 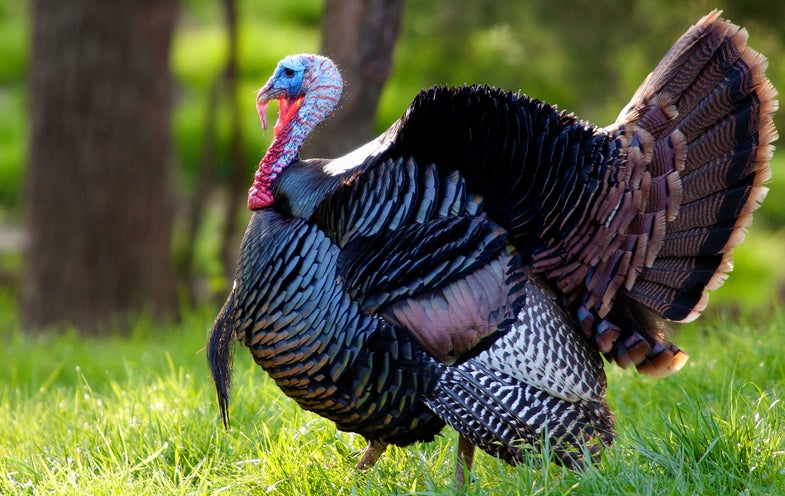 “Do you want to kill a turkey, or practice your calling?”

Bo Pittman, among the best turkey hunters to ever roam Alabama, once posed that question to an accompanying hunter who was quite taken with his calling ability—me. His self-evident question sank in, and I never called when I hunted with him except those infrequent occasions when I was invited to do so.

Though in time I came to realize that wild turkeys were, like Pittman, somewhat less impressed with my expertly wrought and abundant yelps, cuts, keekeeing, and all that, at the time I thought it might make things easier for him. Bo, whose family owned and operated the famed White Oak Plantation of Macon County, Alabama, didn’t agree and we did things his way, which entailed more woodsmanship than showmanship.

Bo has always been a minimalist when it comes to calling and probably all of us should be more like him, or at least admit that calling isn’t always going to get us out of the woods with a gobbler slung over our shoulder. When you stop to think about it, usually it’s some talkative and inquisitive hen that makes the racket, or younger toms that hope to impress you with their gobbles.

That’s not to say you shouldn’t call first thing in the morning in hopes of encouraging a gobbler to fly down near you, because that happens a lot. But generally you should be more discreet about it later in the morning and call less, if at all. Enjoying a successful hunt doesn’t have to end the way you imagined it, or the way it always appears on one of those hunting shows, after a symphony of yelps, cuts, and purrs.

I recall one hot afternoon when Pittman and I wandered aimlessly—or at least I thought so at the time—through a dry, mosquito-infested flatwoods with the usual assortment of hardwoods and pine. We stopped to sit and rest against a large tree when suddenly Bo said, “Shh. I hear drumming, do you hear it?”

I didn’t, but it didn’t matter. A few minutes passed, and a rangy old swamp bird came swishing through the palmettos about 30 yards away with a retinue of jakes following him at a respectful distance. When I shot, a whirlwind of jakes exploded into the air and seemingly went in all directions. How Bo knew we should go to that particular place and sit in the dappled shade of an ancient poplar until a gobbler showed up, I cannot say, but similar adventures convinced me that it was no accident.

Pittman has since moved to Colorado, and swapped Easterns for the Merriam’s side of the family, but he still is an exceptional turkey hunter. What makes him so good isn’t his calling, because he would be the first to admit that he’s not going to win any calling contests, but rather his uncanny ability to figure things out in the woods. He doesn’t depend on calling gobblers to him so much as devising a way to get to them. His skills in that regard are more a result of endless hours spent observing turkeys, reading their sign in the woods and fields, and drawing conclusions about what they were going to do and where they were going to go before they did.

Most gobblers are susceptible to calling, especially early in the season, or when there is a lot of competition for hens. As the season ticks on and hunting pressure mounts, calling becomes so prevalent that the birds become call-shy.

This is the time to employ other ploys.

Think about it: If you forgot your call some morning, what would you do? If, like Bo Pittman, you had spent so much time in the woods that you could reasonably predict where the birds were going to be at any given time, it would be more of an annoyance than a disaster.

Learn the terrain and how turkeys use it, but also how turkeys are governed by topography, water features, food sources, cover, and other environmental factors. It’s difficult to make a turkey go in a direction it doesn’t want to go in, no matter how good a caller you are. Better to understand its likely motivations and back up your woodsmanship with the minimal amount of vocalization that closes the deal.

After all, do you want to practice your calling, or kill a turkey?