Thinking like your dog can result in better shooting and a better hunt from us. In South Dakota this past... 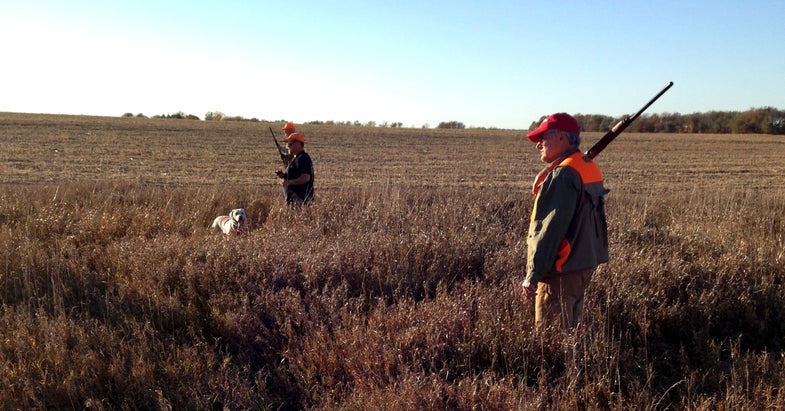 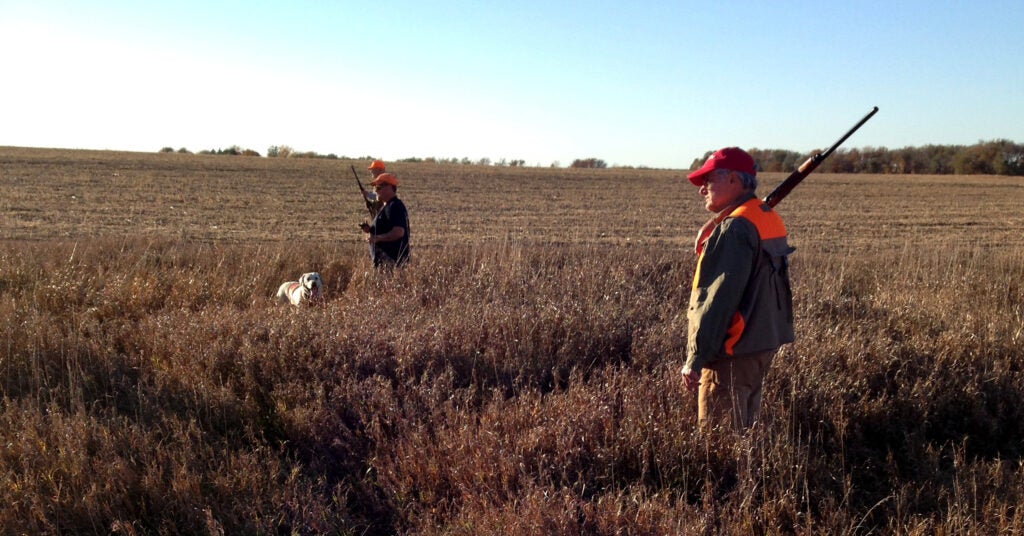 Thinking like your dog can result in better shooting and a better hunt from us. In South Dakota this past season, a less-experienced companion was so nervous in the field (or perhaps so dazzled by my own well-behaved pup’s performance) that one ringneck had almost five minutes to fly wild or scoot out from under my dog’s point. This guy snuck, skulked, minced, and tiptoed more than 100 yards—it seemed to take eons for him to flush that dang bird.

Meanwhile, the rest of us were going batty, urging him to step on it. I was hoarse from yelling across the stubble. My dog stood on trembling legs, eyes bugging out as he searched for someone, anyone, to push that bird into the air. Luckily, (for us) the pheasant held and the outcome was fatal (for him).

Sure, that situation is an exception. But you should still consider these tips the next time you’re lucky enough to find your dog locked up on a bird.

1. Be punctual
As soon as you realize your dog is on a bird, make your move. The longer you dawdle the greater the chance a bird will flush wild, run off, or your dog will do the flushing for you.

2. Assert yourself
Do this by walking briskly. After spending many years in many fields, at least one thing is clear to me: Both birds and dogs hold better when the gunner moves with confidence. Once your dog shows you the bird, stride right in and everyone is likely to do what’s expected of them. This is the time to show you’re in charge, so be confident.

3. Mind your approach
Choose your route with care to maximize your chances of a solid killing shot. Swing wide around the dog and you’ll cut off one of the bird’s escape routes. Two gunners performing a pincer movement means even fewer bolt-holes for a cunning rooster more inclined toward sprinting than flying. If you can move to the front and circle back so the bird is between you and the dog (and not put your companions in the line of fire), there’s a good chance the bird will fly instead of run.

4. Try flanking your dog
This will minimize the chances of your pup breaking his point before you get there—because you’ll already be there. It’s one less thing to worry about when you should be preparing for a flush and a shot. “Allelomimetic behavior” is a highfalutin’ way to describe contagious behavior: wolves howl because another wolf started it, and a flock of birds jinks in unison for the same reason. So, sauntering alongside a pointing dog is an invitation for him to follow you into the flush (that’s how we teach the “heel” command, after all).

Now, what if you hunt the uplands with a spaniel or a retriever? You can still apply many of the same principals:

1. Focus on the dog and stick as close as possible to your hound. Look for the tells that indicate he’s getting bird. Be as ready as you can for a shot.

2. Use your “hup” command. (You did train for that, right?). It might instill confidence in the dog. You’re still in charge, a situation he’s accustomed to, and it could help keep him comfortable.

3. When you’ve noticed your dog is birdy, start maneuvering for a safe shot. Use your peripheral vision to suss out a bird’s likely escape routes. Set up as best you can for a shot in that direction. As with pointers, two hunters working in sync can stage-manage a bird’s flight to some degree. Just make sure you talk to each other.

So, whatever breed you’re running these days—be it a Shorthair, a Lab, Small Munsterlander, or a Boykin, keep your eye on your dog (and not your smart phone). It’ll land you in a better place, both literally and figuratively, when it comes to shooting.