Upland Hunting: How to Keep Pigeons for Training Your Bird Dog

They say birds make the bird dog, meaning the more contact your pointer or flusher has with live birds, the... 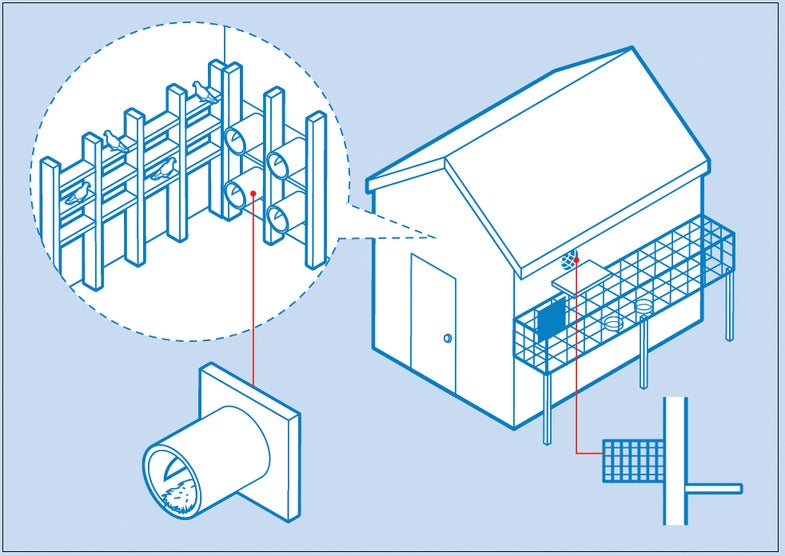 They say birds make the bird dog, meaning the more contact your pointer or flusher has with live birds, the more effective he or she will be as a hunter.

Whoever “they” are never said those birds have to be actual wild upland game species. A small flock of homing pigeons makes a great substitute for the real thing. Homers are easy to obtain and fly well on the flush. They’re durable, disease-resistant, and in most areas can be kept and used for training without any special permits. Best of all, pigeons can be trained to home back to your coop to be used again later, which makes them a highly affordable option for long-term training.

Chad Hines, owner of Willow Creek Kennels in Little Falls, Minn., offered up some tips on how to assemble a flock of homing pigeons and put them to work.

BUILD A FLOCK
Hines suggests starting with 12 to 15 birds for training one or two dogs. Adult pigeons can’t really be trained to home. Seek out young birds, which are called “squeakers.” They’ll have soft beaks and actually squeak when you pick them up.

It’s possible to trap feral squeakers along with adult birds (use the adults as “kill birds”) in barns and under highway overpasses, but Hines buys most of his birds from pigeon-racing hobbyists. Racing birds can sell for thousands of dollars, but in most areas, squeakers cost $5 to $20 apiece.

TRAINING HOMERS
Keep new birds in the coop for about two weeks before flying them. During that time, teach them to use a recall funnel by temporarily fixing a wire box to the outside wall around the opening of the funnel. From the inside of the coop, put the birds through the funnel and into the box. After a few tries, they’ll learn how to get back into the coop.

Once his birds can use the funnel, Hines flies them daily. He starts by keeping them close to the coop and then gradually increases the distance.

CARING FOR BIRDS
Pigeons are easy to keep. Buy a gravity-style poultry feeder and fill it with corn or commercially sold game-bird pellets. Add a rubber tray with sand for dusting and some type of grit. Clean their water daily, and add a teaspoon of vinegar in the winter.

BUILD YOUR COOP
A coop can be a plywood box or an elaborate pigeon condominium. The simplest structure is a repurposed pre-built garden shed like the kind sold at big-box hardware stores. A 10-foot-by-12-foot shed can house 40 to 50 birds without overcrowding, but first you’ll need to make a few modifications.

• Nail short pieces of 2-by-4 boards between the studs as perches.
• Add nesting boxes if you plan to raise young birds. A 5-gallon bucket screwed to the interior wall works well. Cut a half-moon-shaped opening in the lid, and screw the lid in place. Add some straw to the inside.
• Affix a wire aviary along an outer wall with a door to allow the birds to enter.
• Install a wire recall funnel through one wall. The funnel should taper down from about 8 inches to 6 inches in diameter. Add a wooden shelf or perch beneath the exterior opening.