What Are the Best Binoculars for Treestand Hunting?

What is the ideal binocular when it comes to hunting whitetails from treestands? You’d think, since we’ve narrowed our search... 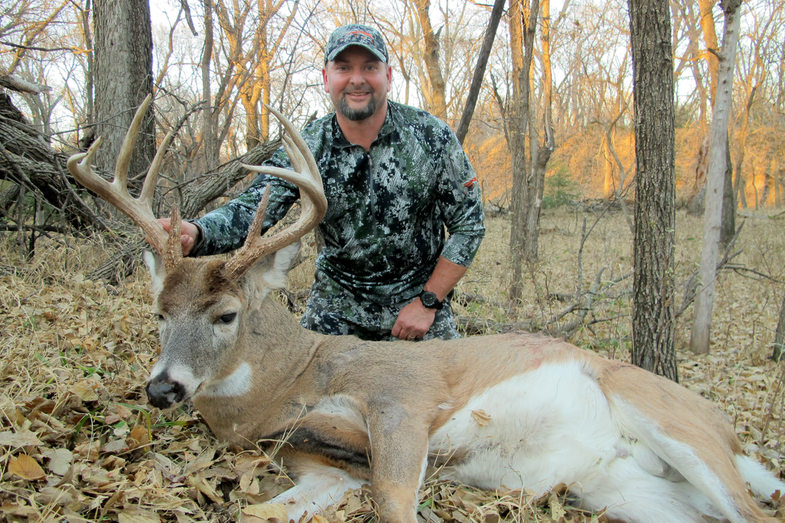 What is the ideal binocular when it comes to hunting whitetails from treestands? You’d think, since we’ve narrowed our search to one very particular hunting scenario, that there would be a consensus answer. Wrong! A very brief poll of some accomplished whitetailers turns up a wide range of preferred powers and objective lens sizes. In fact, the only consistency among the folks we quizzed is that their choice in binocular is dictated by the type of terrain they hunt.

Minnesota’s Kyle Herr, 34, works as a land specialist for Whitetail Properties, and he’s also a dedicated whitetail hunter; Herr and his father Mark are masters when it comes to bowhunting trophy bucks in the Minneapolis suburbs. The Herrs share similar tastes in optics, but use them differently.

“I don’t have too much of a preference when it comes to brand,” Kyle Herr told me. “I like something medium-sized, usually 8-power glass that’s not too big, not too small, usually an 8×42. When I’m bowhunting in my home state of Minnesota, I’m generally hunting heavy-cover areas that are so thick, when I see a deer, I’m getting ready to shoot. Probably 70 percent of the time, we have [game cam] images of the deer we’re hunting, and if a deer shows up, we can generally determine what buck it is simply by eyesight.

“We also do a fair amount of hunting in Nebraska and Kansas, and there are areas out there, especially those large cedar bedding areas, where having a binocular definitely comes in handy to judge buck quality,” Kyle continued. “But back here at home, when I see a deer I’m grabbing for my bow. The cover is typically so thick that, honestly, I don’t even freak out if I forget my binos.”

Mark Herr tends to lean on his optics a bit more while on stand, to the detriment of several thick-racked Minnesota bruisers.

“I use 10×42 Nikon Monarchs, which are both affordable and good quality,” Mark said. “They’re a tad big for hunting in the timber, but they help me identify bucks out in the swamps, and I also use them to determine where bucks are entering and exiting the swamps that we like to hunt. You can also use them to check the far sides of the swamps, for rublines, without having to go slogging through the area on foot.”

Tony Peterson is another Minnesota-based whitetail hunter who spends significant time in Midwest treestands, but also travels regularly to Western states looking to ambush both whitetails and mule deer.

“I tend to use mostly 8-power binoculars. I think 8s are about right for a treestand,” he said. “For objective lenses I like the 42mm, they have a bigger exit pupil that delivers more light to your pupil when the light is low, and so much happens in those low-light situations with whitetails.”

Peterson has definite preferences as to brand, citing his current Leupolds, and also models from Alpen and his all-time favorite, Zeiss.

“I really like the Zeiss’s for their light transmission. If I have to sneak out of a field-edge stand at dark, I can usually scan the field and see if it’s empty, and that helps me get out of there, a lot of the time, without spooking deer.

“I’ve tried 6-power glass, and most of the 10x50s I’ve tried have been just too heavy and bulky,” Peterson said. “I think one of the most important things with binoculars is choosing the model you will actually carry, and have with you when you need them. For me I just like 8x42s, they don’t weigh that much, and they’re not too bulky. If I’m on a hunt out West, I might bring 10x50s, but I’m pretty locked in with 8x42s, whether I’m sitting in any kind of blind or treestand.”

For a more Western perspective, I spoke Jeff Rader, operator of Rader Lodge in north-central Kansas, where you can find a mix of thickly timbered creekbeds and plenty of wide-open CRP fields more suited to pheasants than deer. Rader Lodge offers “semi-guided” whitetail hunts that feature some pre-set treestands but also the option to bring your own stands and blinds and take-advantage of developing deer movement patterns.

“10x50s are all I ever use; typically Nikons,” Rader said. “The 10-power is very handy for the type of wide-open situations we have a lot of here in Kansas, and the extra power and light-gathering ability can be critical when we’re checking late-summer deer activity on new leases, and tweaking stand site locations on some of the bigger [ag] fields.”

It seems from these accounts that the hunters I polled prefer either 42mm or 50mm objective lenses, which makes good sense when the goal is optimum light-gathering. But I’ll throw out yet another viewpoint: My own favorite optics for whitetail treestanding are much more compact, models with 8×32 and 10×32 configurations.

Why so compact? Much like Kyle Herr above, my typical treestand sets are in heavier cover, so I can relate to Kyle when he says his first reaction to a deer entering his field of vision is to “reach for his bow.” Also, I like to minimize bulk as much as possible. And yet I know how critical carrying binoculars can be to my hunt, so I want to ensure I always carry them, and convenience rules. Strapping binos physically larger than 8×32 to my chest is not worth either the extra hassle climbing into and out of treestands, or the possibility they could interfere with a difficult, angled bow shot on the buck of a lifetime. So I routinely give up some light-gathering ability but have never had my preference for more-compact models negatively impact a hunt.

All of us seem to have our own preferences (and rationales to defend them) for binoculars used in treestand hunts targeting wary whitetails. What are yours?