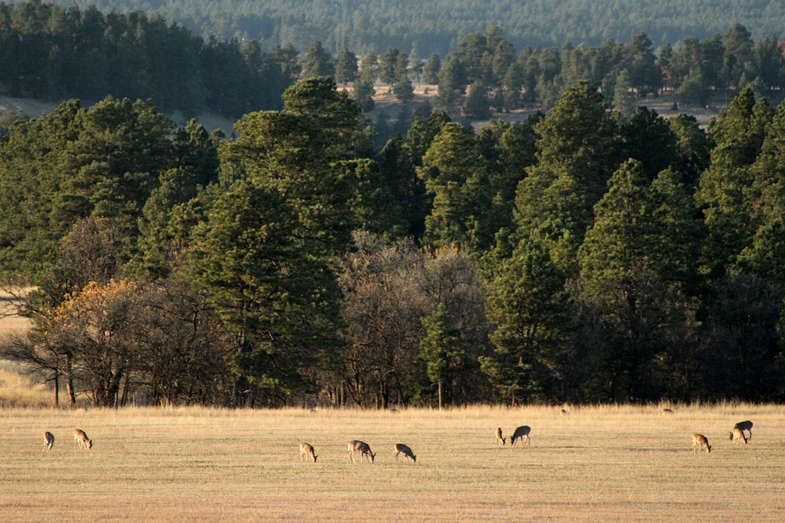 One of the biggest sources of friction between deer hunters and deer managers is the sex ratio of the local deer herd. Is the state issuing too many doe tags? Are hunters failing to kill enough females?

The topic raises the question: how many does are too many? Or, put another way, what is the ideal sex ratio for the local herd?

Before we get deeper into the discussion, it’s useful to define our terms. A sex ratio is the number of sexually receptive does compared to the number of sexually active bucks during rut (excluding fawns and non-active yearlings). For example, if a population has 100 does and 25 bucks, the sex ratio is 4:1. In an ideal world, you want a sex ratio as close to 1:1 as possible. It is important to remember that sex ratio and population density are not the same thing, and we are not discussing the number of individuals you’d like to see when you go hunting, but rather which proportion of does and bucks is best for the sustainability of the herd.

In the worst-case scenario, a habitat with an abundance of does but very few breeding bucks can result in negative impacts for the herd and the sportsman (Stewart et al., 2011). When does greatly outnumber bucks, there is a possibility that a receptive doe is not bred when she first experiences estrus (becomes sexually receptive) in the fall. When a doe isn’t initially bred, she will come out of estrus temporarily, but will experience estrus multiple more times during the rut until she is bred. The problem comes when a doe is not bred until the end of the rut. When this happens, the resulting fawns will be born much later than if they had been conceived near the beginning of the doe’s estrus cycle.

These late-birth fawns typically have a lower body mass come winter, and in northern climates, are much more susceptible to winter mortality during severe winters (Bergman et al., 2014). Secondly, as they mature to a harvestable size, they will typically be smaller than other individuals born in the same year class. A late-season fawn will grow up to be an undersized buck.

In the best-case scenario, sportsmen can work with agencies and landowners to ensure an appropriate sex-ratio for the habitat. By removing excess does, sportsmen can help improve the overall body condition in the herd and reduce the amount of overwinter mortality (Boulandger et al., 2012). By reducing the excess, hunters are encouraging breeding competition between bucks, ensuring that the strongest, largest buck is the one breeding does.

While some state agencies may have sex ratio information readily available, these estimates are typically presented on a statewide scale. By using a trail-camera, you can get a better picture (literally) of what the ratio may be in your local herd. You’ll get the best results by placing multiple cameras throughout your preferred hunting area after you’ve started to see noticeable antler growth on the bucks in your area.