As a general rule, I can hit doves better when I don’t know they’re coming, rather than when I see... 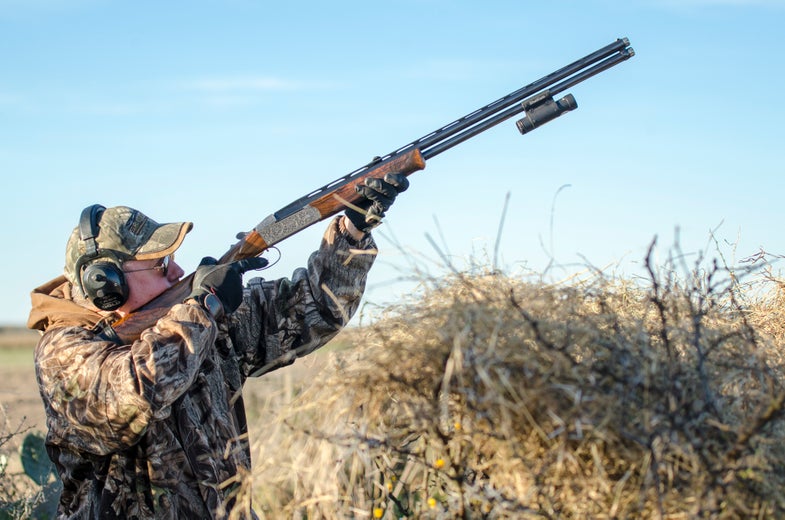 As a general rule, I can hit doves better when I don’t know they’re coming, rather than when I see them heading my way at a distance. Gil Ash, the well-known Texas wingshooting instructor, told me that it’s because my subconscious is a lot better at shooting than my conscious self is. This is what instinctive shooting is all about, and at some point dedicated followers of its tenets reach that state of wingshooting nirvana where things just happen the way they’re supposed to happen. Ash calls it the “ah-hah moment.”

Ash once told me in an understated sort of way that what he teaches is “the ability to hit a moving object in the air with a shotgun.” That’s about as scientific-sounding as it gets for Ash, a Southerner who typically expresses himself in a uniquely Southern way. Vicki, Ash’s wife and teaching partner, is no less suited to the task, although her style is more subdued.

The Ashes have been teaching the finer points of shooting a shotgun for a couple of decades through clinics, television shows, magazine columns, instructional videos, and best-selling books. Because their shooting skills are nothing short of dazzling, everything they’ve done to promote their techniques or themselves has been hailed in the shotgunning world. Their latest venture is a subscription-based Internet shooting school called the OSP Knowledge Vault that’s accessed through their Optimum Shotgun Performance Shooting School website. The Knowledge Vault covers myriad wingshooting topics, and you can see what it looks like when you pull the trigger on a successful dove shot. In fact, there are about 100 such shots, as well as videos, to view. Here’s a handful of sample videos that you can watch. 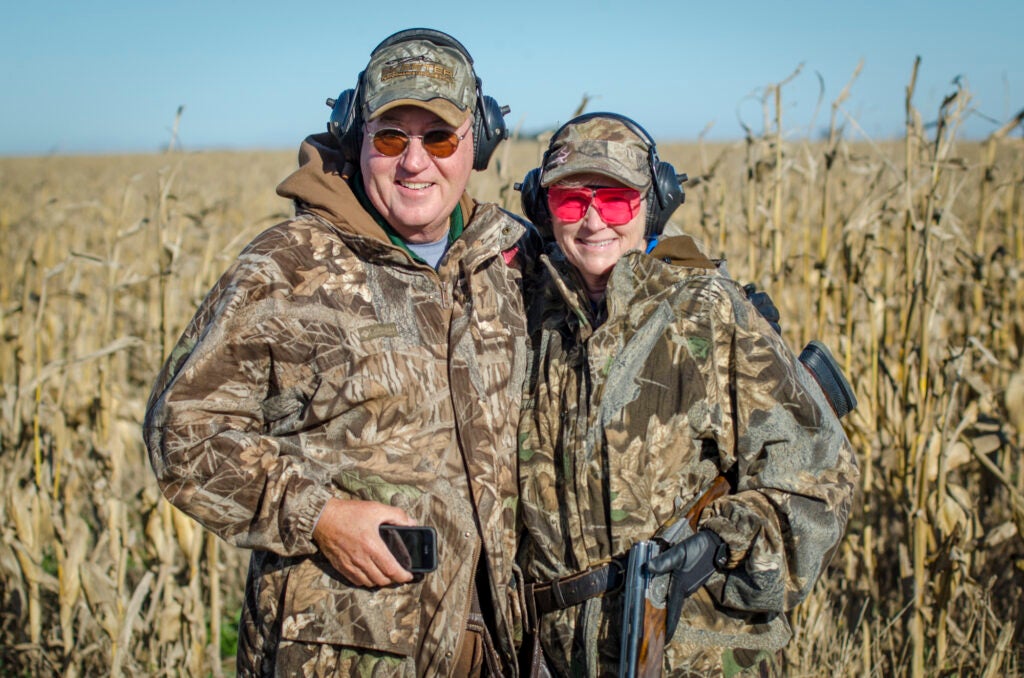 Gil and Vicki Ash have an online training school that features lots of solid shooting advice in the form of videos and photos.

It’s All in the Mind
Essentially, the Ashes are purveyors of instinctive shooting, by which the shooter trusts his instincts to relay the right information to the trigger finger from the eyes and muscles when it’s time for the shotgun to go “BOOM.” For their disciples, shooting at a target correctly is more a spontaneous reaction born in the subconscious, rather than an orchestrated series of deliberate computations that eventually might trip over each other.

“It never fails—the guy who has no warning that a dove is coming until it’s right on top of him will have a better chance of hitting it than he will hitting the dove that he sees coming from a long way off,” says Ash, who could be speaking of me. “When he starts thinking about how much to lead it and how fast it’s flying and what he ought to do, he’s already messed up.”

Ash doesn’t put down any type of lead, be it swing-through or sustained.

Clearing away the physical obstacles and mental mistakes–and they vary from shooter to shooter–that keep a shotgunner from reaching his optimum ability is the first order of business for Gil and Vicki. Part of the process involves convincing shooters that variations of snapshooting, or instinctive shooting, will solve most of their problems.

Gil’s and Vicki’s clinics at various shooting venues around the country typically begin with a classroom segment in which Gil explains the relationships between hand-and-eye coordination and how we often “see” things without “seeing” them, such as the ignition switch in our vehicle, or the light switch on the wall. Likewise, through the application of correct form and repetitive shooting, our subconscious assumes control of analyzing and processing a target’s flight data and lets us know the moment to pull the trigger.

Hits and Misses
The first time Gil Ash watched me shoot, at one of his courses at Selwood Farm Sporting Clays Range near Talladega, I became a shooting model for others there. That is, Ash used me as a model of what not to do when mounting, acquiring a target and shooting. I was good at my job.

At the time, one of my biggest problems was mounting the gun to my shoulder correctly on a consistent basis. If the mount isn’t done properly, nothing else about the shot is likely to be. In my defense, a lot depends on the angle of the shot and where it originates. Go figure, right? Sometimes if I suddenly spot a target coming in from 9 o’clock, my shotgun stock comes up at 12 o’clock to crash against my cheek, or maybe my ear, or maybe my chin. At any rate, Ash considers improper gun mounting to be one of the biggest obstacles to shooting success. He suggested a couple of cures that helped me. Maybe they’ll help you too.

First, wrap a small flashlight that has an adjustable beam with tape so that it fits snugly and straight in the barrel of your shotgun (top barrel of an O/U; dominant-eye barrel for a side-by-side). Focus the light beam to its tightest circle, then point it at a small target on the wall of a darkened room, such as a light switch or a figure in a painting. Keep the light on the target and bring the gun up smoothly, making sure that the light is still shining on what you are looking at, at all times through the mount. It will be slow at first. If the light isn’t staying on the object of focus, lower and mount the gun again, taking more care that the front hand is pointing the gun toward the target. The fore end hand and the trigger hand should work together, keeping the light where you’re looking as you mount the gun to your cheek. Repeat this until precise mounting becomes automatic, then practice it occasionally.

Muscle Memory
Exercise number two involves focusing the gun-mounted flashlight on the seam between the wall and ceiling of a room. Follow the light with your eyes while making the gun go from one corner to the other, mounting and unmounting the gun at all corners of the room. You should see that, as the gun is mounted to your face, the light will probably go over or under the seam of the corner and isn’t exactly on the seam. This will change with practice as the consistency of the gun-mounting motion improves, says Ash. The mount to the face must be smooth for the gun to go exactly where you are looking. Repeat this exercise 50 times a day for seven days in a row, between now and dove season.

Six Tips to Make You a Better Dove Shot
Gil Ash has a way of expressing himself that wingshooters can understand and appreciate. Here’s what he has to say about:

1. Shooting stance
Put your lead foot forward just enough so that if you were trying to spit on your big toe, you could just look down and let ‘er go.

3. Muzzle awareness
The gun’s muzzle is not your friend. Pay no attention to it. If you’re trying to see where the muzzle is in relation to the dove, you’re going to stop your lead. You stop, you miss.

5. Lead
Start in front of the dove and stay in front until you pull the trigger. Shoot the bird where it’s going to be, not where it was.