When Mississippi bass pro Pete Ponds approaches a laydown, he may not know how many fish it holds, but he... 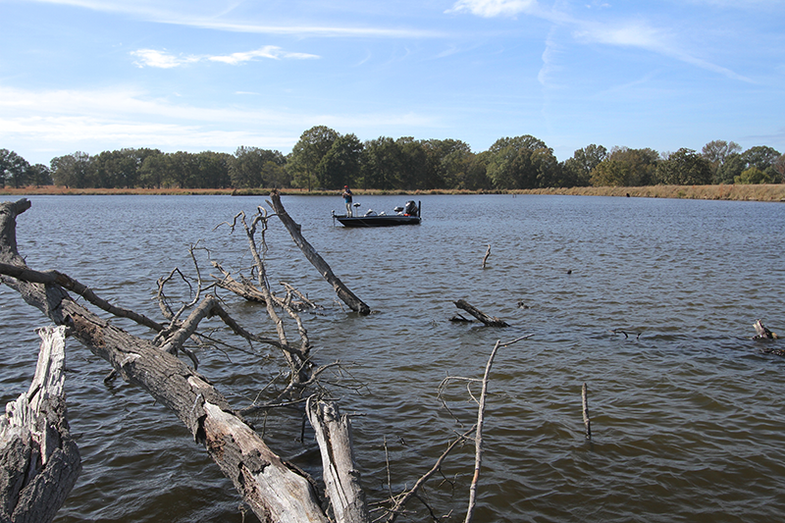 When Mississippi bass pro Pete Ponds approaches a laydown, he may not know how many fish it holds, but he does know how many different approaches he’ll use. He calls it his “1-2-3” plan and this tri-level strategy is designed to maximize a structure’s potential with increasing proximity.

First comes the perimeter probing. Ponds does this with a topwater bait like a Heddon Super Spook Jr. Staying far off the laydown, he’ll pepper the outside edges with casts in hopes of tempting.

“You won’t catch as many fish off a laydown with a topwater, but you’ll usually catch the biggest ones,” Ponds said. “The biggest and most aggressive fish will be the first to respond, so you’ll get your biggest bites this way.”

Next, Ponds will move a little closer and work tighter to the structure with a crankbait. He likes the Bandit 100 for most of this duty, but he’ll switch to a Bandit 200 to dig into the deeper areas around the laydown.

Cranking will typically prove most productive, so Ponds takes great care to avoid spooking the fish by pushing too close until this bite subsides. If he irretrievably snags a bait, he’ll break it off and recover it later.

Also, Ponds notes that there’s often a particular angle that’s most effective. Sunlight/shade and wind direction are the relevant factors for fish positioning, so once he dials in the productive zone, he’ll focus on the particular cast that the fish prefer.

Lastly, after he’s caught all he feels he can catch on the reaction baits, Ponds will move in tight to the laydown and flip or pitch key area with a jig or a Texas-rigged worm or creature bait. This “cleanup” round is usually good for another fish or two.