People around the world are eating more fish than ever, but are fish stocks going to be able to handle … Continued 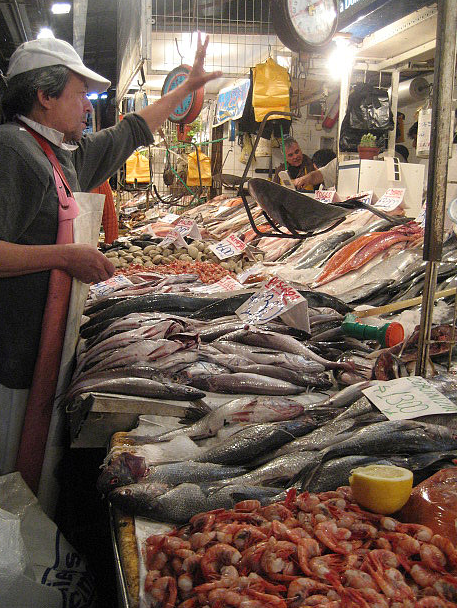 People around the world are eating more fish than ever, but are fish stocks going to be able to handle the pressure?

According to a report from the United Nations fish consumption increased to about 38 pounds per person globally in 2008. This is up about 1 pound from 2007 (doesn’t sound like much, but extrapolate that across the planet and you’ve got a big number). The data is from three years ago because it takes so long to gather and decipher.

The good news is that much of the fish consumed these days comes from fish farms, and not ocean fisheries. According to the CBC 52.5 million tons of fish is produced by aquaculture or fish farms. This is worth about $98.4 billion dollars.

The bad news is that many fish stocks around the world are in trouble from commercial fishing. About half of the world’s fisheries are “fully exploited,” which means current catches are near their maximum sustainable productions, with no room for further expansion, according to the CBC. So if the demand for fish continues to go up, some of these stocks could be pushed passed their limits of sustainability.

About 32 percent of world fish stocks are believed to be overexploited or already passed their sustainable limits.

“That there has been no improvement in the status of stocks is a matter of great concern,” said senior Food and Agriculture Organization fisheries expert Richard Grainger told the CBC. “The percentage of overexploitation needs to go down although at least we seem to be reaching a plateau.”

For more go to: Global fish consumption at record high