Shark attacks were up in 2010 according to a report from from the International Shark Attack File from the University... 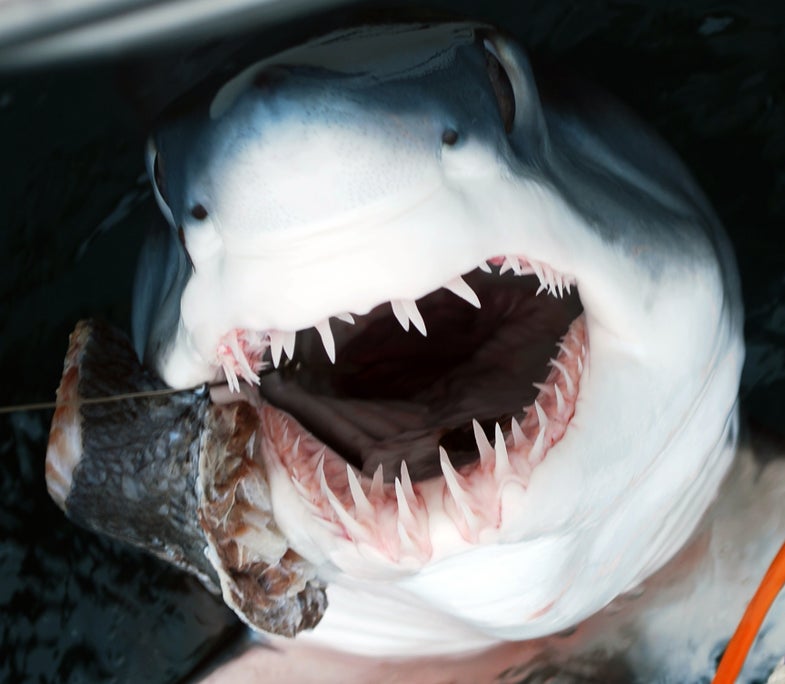 Shark attacks were up in 2010 according to a report from from the International Shark Attack File from the University of Florida.

Seventy nine people were attacked by sharks worldwide in 2010 which was the highest number in a decade — in 2009 there were only 63 shark attacks worldwide. Six people died in 2010 from sharks which was up from the 4.3 10-year average.

In other words, more people are spending more time in the water as possible shark bait.

“But the rate of attacks is not necessarily going up — (human) population is rising and the interest in aquatic recreation grows,” University of Florida Ichthyologist George Burgess said in a statement. “That will continue as population rises.”

The U.S. had the highest number of shark attacks of any country with 36, but Egypt had the strangest case of attacks. In December five shark attacks occurred in five days and all but one of the incidents were caused by the same two sharks.

“This was a situation that was hugely unusual by shark attack standards,” said Burgess, who has researched sharks at the museum for more than 35 years. “It was probably the most unusual shark incident of my career.”

But there is a silver lining to all this …

“One-on-one in the sea, the sharks are going to win in a confrontation with humans if they really want to do so,” Burgess said. “But out of the sea, we can sit high and dry with a beer in our hand, put a line overboard and catch the fiercest animal in the sea.”