Why is it illegal for me to sell wild venison, but I can go down to my local grocery store... 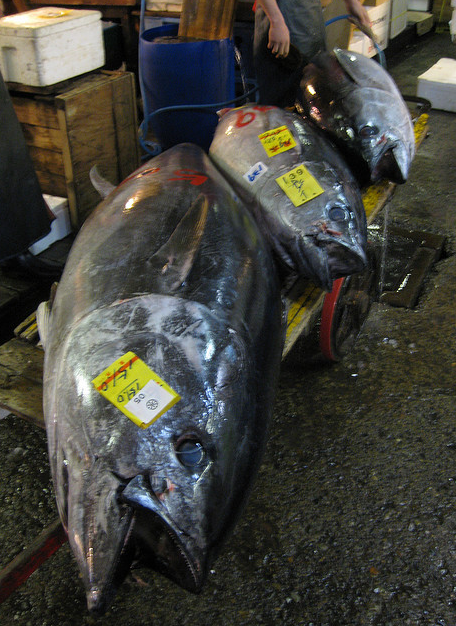 Why is it illegal for me to sell wild venison, but I can go down to my local grocery store and buy fillets of wild Alaskan salmon?

Why can I walk into a restaurant and order ceviche made with wild tuna, but if I try to sell breasts from wild mallards to this same restaurant, I could be arrested?

Why is there such an accepted double standard between the commercialization of terrestrial wildlife and the market fishing for wild fish?

The issue is at the top of my mind following a cover story last month in Time magazine that detailed the promise and the pitfalls of aquaculture, or fish farming. The main point of the piece is that we humans are eating more fish than ever, which is a good thing, since fish are good for our health. But the increasing harvest pressure on wild fish stocks is unsustainable, and is motivating an increase in aquaculture for many of the most popular species.

The article’s author makes the point that fish are our “last wild food, but our oceans are being picked clean.” And he asks the question: “Can farming fish take the place of catching them?”

Once we developed industrial economies, so that most of us had to buy our food instead of hunting or farming for it, our transition to market agriculture was complete. Except for one loophole. There was still a profit motive for hunters who killed more than they could eat, thanks to a market for relatively cheap meat from deer, moose, grouse, turkey and ducks.

A century ago, far-sighted conservationists realized that if we continued to keep market hunting for wild animals, those species would likely disappear. Out of that concern came our ironclad prohibition on market hunting for wildlife, one of the foundations for the modern wildlife conservation movement. We recognized pretty quickly–though not quickly enough for species like the passenger pigeon–that the fastest way to drive a species to extinction is to commercially hunt for it.

So why has it taken us this long to recognize that we can’t keep gillnetting for salmon, or long-lining for tuna, or purse-netting for anchovies, if we want to conserve those species?

At least one reason is the pervasive power of the market. Even suggesting that we limit commercial fishing of some species will have everyone who reads this spitting venom. That includes the web of companies that profit from wild-caught salmon, the restaurants that profit from cooking it for paying customers, the huge industry that has built up around netting, gutting, freezing and shipping wild-caught sardines and halibut and lobster and clams. There are billions of dollars and thousands of jobs at stake. But it also includes those of us who love a Copper River salmon steak on a summer grill but who don’t have the time or the means to go to Alaska and catch one with a hook and line.

It’s time we realized that the ocean is not infinite, and its contents are perishable. It’s the same recognition that saved our bison, our antelope, our geese and our grouse.

It’s time we started discussing a future in which the only wild seafood we eat is that which we catch ourselves.

That’s tough to swallow for those of us who love eating wild fish, but the only way to save some of the most commercially valuable species may be to make them off limits to the market.

It worked for our deer and birds. Maybe it will also work for our salmon and sea bass.

What do you think? Should we have different rules for wild animals that live on land versus those that swim in the sea? Or should we outlaw the sale of wild fish?