Several decades ago I was fishing a backwater cove on the St. John’s River in Central Florida. The bite had... 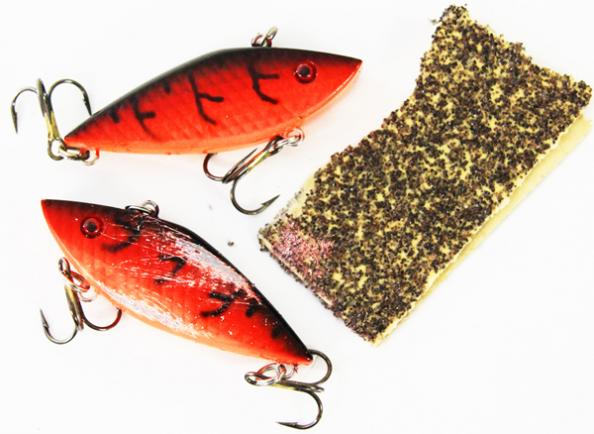 Several decades ago I was fishing a backwater cove on the St. John’s River in Central Florida. The bite had turned to topwater and the fish were displaying an affinity for my well-worn, lucky Rapala 11G. As luck would have it, my partner and I were catching fish on almost every cast.

Sadly, I hooked a really nice bass which ran me into the bulrushes and broke me off. After several minutes of digging around in the vegetation, I was unable to dredge up my favorite wobbler. Well, not to worry. I had several more squirreled away; fresh in their factory boxes and ready for action. After tying on a new Rapala, my bite went from hot to not. Seems something had changed drastically.

Suddenly fishless, I sat there perplexed, trying to figure out what had just happened. My partner kept catching fish, but I’d gone dry. After plenty of soul searching, and contemplating, I realized my “new” lure was just that–new. It had a pretty, new shiny paint job in contrast to my ugly duckling favorite bait that was now being held eternally captive in the weeds.

Deciding to experiment, I took my fresh bait and ran it over the aluminum gunnel of my Bass Tracker III. The pristine paint suffered horrific disfiguring. Satisfied, I threw my bait back out and immediately went back to catching fish on nearly every cast.

Since that day, I’ll never use a bait without first taking some sandpaper to it and scarring it up. I postulate this gives the fish a visual cue that what they are looking at is wounded and not in any shape to flee. In other words, an easy meal.

Next time out, give this a try. I’m confident you’ll see your strikes and hookup ratios improve significantly.