A black grouper caught by Matthew Poldy, 10, was recently certified by the International Game Fish Association as a world... 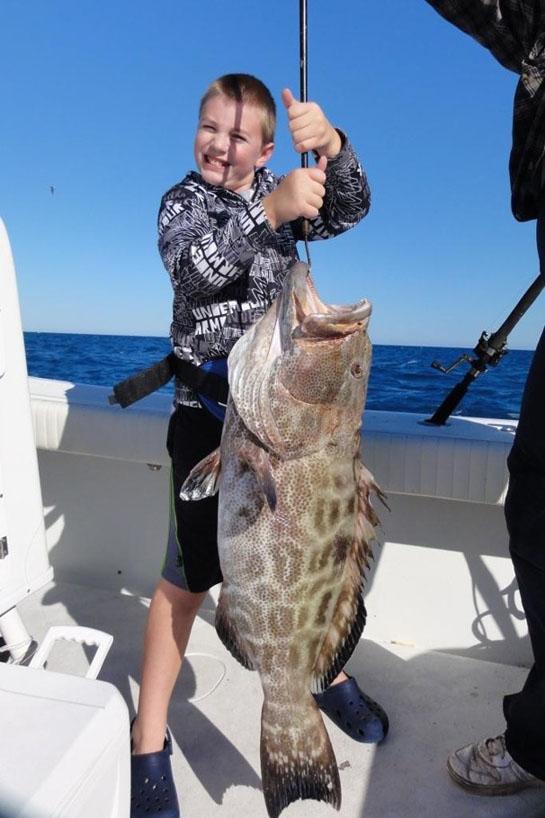 A black grouper caught by Matthew Poldy, 10, was recently certified by the International Game Fish Association as a world record in the Small Fry category, reports The Washington Post.

Poldy, from Fairfax County, Va., caught the 23.5-pound grouper while fishing off the coast of Key West on the day before Thanksgiving. It was a slow day of fishing.

“I was taking a break from fishing and eating an Oreo when we saw the rod bend down,” he told The Washington Post.

He was out with his father and sister, and they were using yellowtailed snapper as bait. He estimates that it only took him five or six minutes to land the fish.

The grouper was almost three feet long. Poldy’s father, Greg, decided to check an app on his phone to see if it was a potential record fish because it was so large. He saw that the current junior record was 17.5 pounds and they rushed back to shore to weigh it.

An IGFA official was called in to verify the catch, and now it’s certified after the mandatory 60-day waiting period.