Fishing Tackle Review: The Renaissance of the Round Reel

The round reel revolution began in 1954, when Abu Garcia introduced its all-new Ambassadeur 5000 at the World’s Fair in... 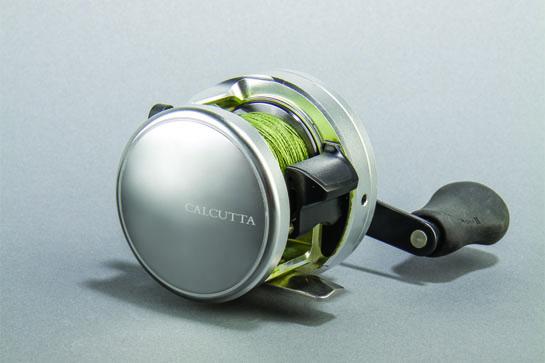 The round reel revolution began in 1954, when Abu Garcia introduced its all-new Ambassadeur 5000 at the World’s Fair in New York.

In the early days of bass fishing, the Ambassadeur was the gold standard, and no serious bass man would be caught throwing anything other than a “red reel” (although, interestingly, they were also produced in gold, black, and green).

Round reels began to fall out of vogue when Lew Childre introduced his low-profile baitcaster in 1973. His at-the-time odd-looking Speed Spool changed the face of fishing forever as other companies quickly produced their own versions of low-profile casting reels to meet the rising demand.

In our opinion, the new Shimano Calcutta 200D has the potential to lure bass fishermen back to the round reel. It’s a hybrid design, round yet relatively low-slung, and considerably more narrow than the original Calcutta.

In our test, it threw light baits with ease under some pretty difficult conditions (e.g., strong headwinds), and the formidable drag system wore down the largest of redfish in short order.