Richard Galloway landed this monster rainbow trout while fishing the Clearwater River in Idaho in early March. Galloway took some... 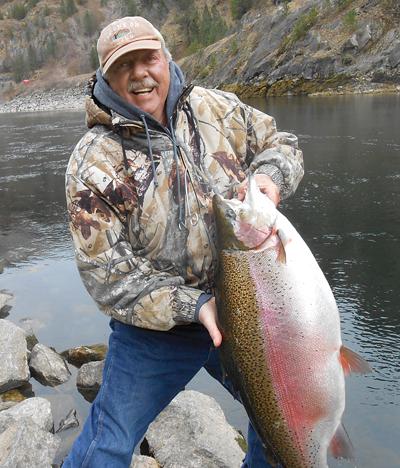 Galloway took some photos and measurements of the fish before releasing it as required by state law. The fish measured 36 inches in length and had a girth of 28 inches, according to the Idaho State Journal.

We’ll never know for sure if this fish would have broken the rainbow trout state record: a 20-pounder caught by Michelle Larsen-Williams in the Snake River. But at least in this photo, Galloway’s fish looks plenty big enough to have been a record breaker (see the current state record).

What do you think? Would Galloway’s catch have been a state record?

For some reference, the world record trout (pictured below) weighed in at 48 pounds.