A Fish Story: The 200-Year-Old Rockfish that Wasn’t

What happens when poor expert speculation meets the digital media? You get a whopper of a fish story. Henry Liebman’s... 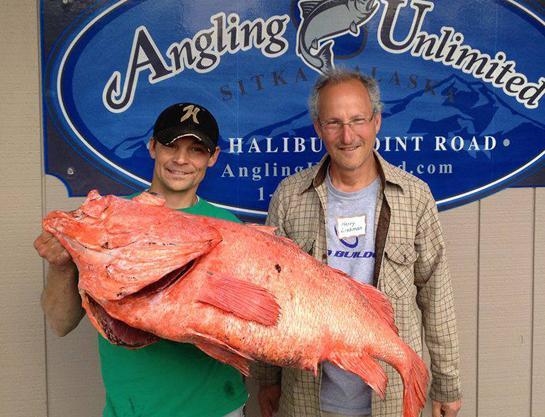 What happens when poor expert speculation meets the digital media? You get a whopper of a fish story. Henry Liebman’s record 35-pound rockfish caught in Alaska was estimated to be 200 years old (OL and seemingly every other news website in the country reported the story last week).

But after testing was conducted in Juneau, scientists discovered that the shortraker rockfish was in fact only 64 years old. Liebman received a storm of criticism for keeping the fish, even though rockfish caught in deep waters regularly die from barotrauma, injuries resulting from an extreme change in pressure. See AK Fish and Game’s tips for releasing rockfish.

Liebman defended his decision to keep the fish in an interview with The Toronto Star. At the time of the interview, he thought the fish was 200 years old and stated: “Who is to say how much life is enough … We all come to an end and no ending is fair. Maybe the fish had enough and knew what he was doing. Where do we draw the line?”

While I doubt that this rockfish committed hara-kiri, here’s a question worth pondering for all of Liebman’s critics: Isn’t it more ethical to take an animal at the end of its life rather than at the beginning? Isn’t that why we hold out for mature bucks, toss back small walleyes, and pass on jakes?