Recently, on a popular online fishing forum, a person using the name Nervous Knotter posted a discussion he had had... 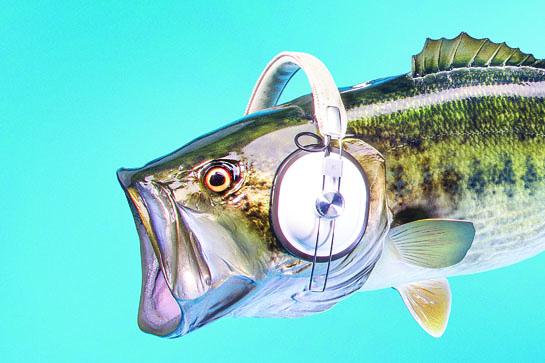 Recently, on a popular online fishing forum, a person using the name Nervous Knotter posted a discussion he had had with a fishing guide. Nervous wrote that the guide locates his spots and fish, and then makes certain to turn off his high-powered sonar unit before making a cast because he believes that it spooks the fish. The question is intriguing: Which sounds spook fish? At what distance? And are fish capable of detecting the sonar waves of a fishfinder?

Despite the sophisticated sound-measuring equipment available today, studies on the subject are a rarity. University of Maryland biologist Dr. Arthur Popper has researched the effects of human-generated sound on aquatic organisms and concluded that the reaction of a fish to sounds varies. “Some fish will freeze when frightened and other fish that are frightened may move,” Popper says. “Then again, if there are a lot of trolling-motor sounds in the environment, the fish may just ignore it.”

Fishing “Hearsay”
The Bass Professor, Doug Hannon, who spent countless hours studying largemouth bass before his untimely death last winter, noted that the best research he had found on the effects of trolling-motor sounds on fish was a two-year tagging project of Guadalupe bass at Lake Travis in Texas. A Southwest Texas State University research team led by fisheries biologist Ralph Manns tracked sonar-tagged bass and also dove to observe the fish.

“We caught those fish from our boat to tag them so they all had the opportunity to learn my trolling motor,” Manns recalls. “After we tagged them, several of the 16 fish we tagged would not only flee our boat [at casting range distances], but they could not be approached by other fishermen using their trolling motors.”

Although indications are that gamefish are unable to hear the high-frequency waves of sonar, Hannon believed that fish can hear the harmonics of sonar waves.

Veteran underwater filmmaker Glen Lau has witnessed the effects of high-powered sonar units on Lake Michigan salmon. “If you were on one of the first boats out there in the morning, you could catch 30 fish in 30 minutes,” Lau says. But the salmon would leave the spot and dive to 110 feet when the charter boats with high-powered sounders arrived.

Although there is much research yet to be done, the fact that fish react to sound in some way seems a given. However, unless you fish virgin waters, it might be best to follow Doug Hannon’s advice and reduce sound by running your trolling motor at a constant low speed and turning off your electronics once you find fish.