Muskies aren’t usually a fish for kids. They don’t bite often, they fight hard and wildly, and they require heavy... 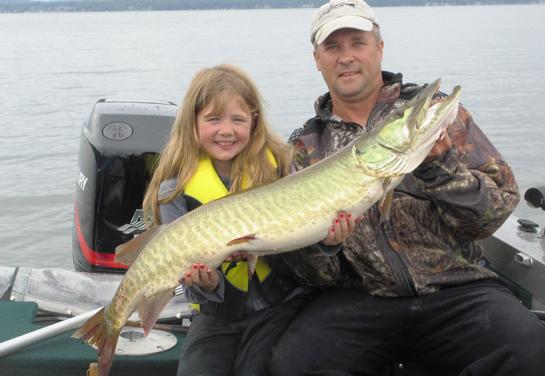 Muskies aren’t usually a fish for kids. They don’t bite often, they fight hard and wildly, and they require heavy tackle. But against all odds, Julia Grace Ketner landed this big ‘ski that could crush the Female Smallfry world record.

Ketner of Westhampton, New York, landed this monster muskie on July 1st while fishing with Todd Young on Lake Chautauqua in upstate New York, according to the IGFA. Ketner hooked the fish on a Wiley lure, and in less than five minutes the 19-pound 13-ounce muskie was in the boat.

After a quick weighing and photo shoot, the potential Female Smallfry (ages 10 and under) record muskie was released alive and kicking. The current IGFA Female Smallfry record stands at 12 pounds 4 ounces.