There’s a reason offshore anglers go to great lengths to secure fresh, live bait: because when opportunity knocks and a... 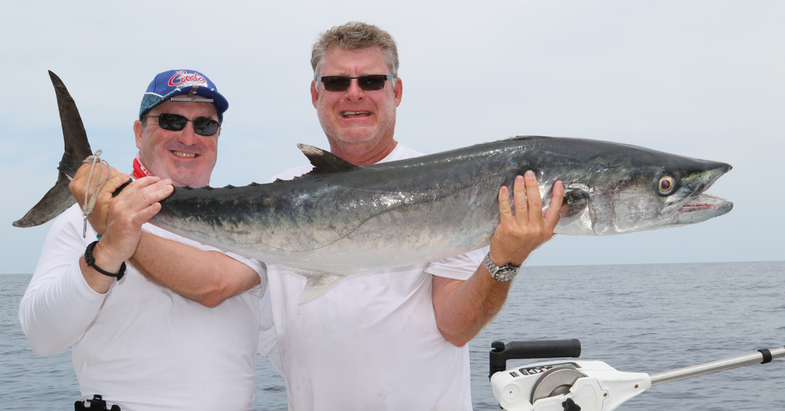 There’s a reason offshore anglers go to great lengths to secure fresh, live bait: because when opportunity knocks and a high-stakes tournament is on the line, you need to be locked and loaded.

Captains Ron Mitchell and Ted Elliott of the Bandit Fishing Team are students of the offshore live bait game. While fishing with them in the waters off Marco Island, Florida, I became fascinated with the care and attention to detail they paid to each bait we used. Joining the run was Stephen Bates, national sales director of Ontario Out of Doors magazine and a newbie to the warm waters of Southwest Florida.

Thanks to a well-planned supply of live bait, Bates notched three firsts that day: his first kingfish (a 20-pounder, followed by a stud twice that size), a keeper gag grouper, and a plump blackfin tuna.

2. Blue runners can be found both inshore and offshore, but they have noticeably different colorations. Inshore runners are greenish, while the offshore baits take on a brilliant blue tone. True blue runners work best on big kingfish.

3. Cast nets facilitate inshore bait gathering in shallower water up to about 20 feet. In deeper spots, and for larger baits like blue runners, use gold-hook sabiki rigs. Avoid unhooking the baits with your hands. A long-handled hook plucker minimizes bruising and contamination from sunscreen.

4. Mitchell and Elliott split their livies between two stern wells, and they have a recessed well on the bow for more, when needed. If you’re working with a single live well, rounded interiors are better than rectangular, as baits tend to wear down quicker when they bump their noses in corners.

Elliott noted that investing many hours gathering their own live baits is one of the pillars of Team Bandit’s game plan. From high-quality gold hook sabikis, to high-capacity live wells, to long-handled hook pluckers that minimize bait stress, their proper tooling and dedicated effort produce serious fish.