Swimbaits are generally considered reaction baits. The big, bold profile is designed to trigger strikes from active fish that respond... 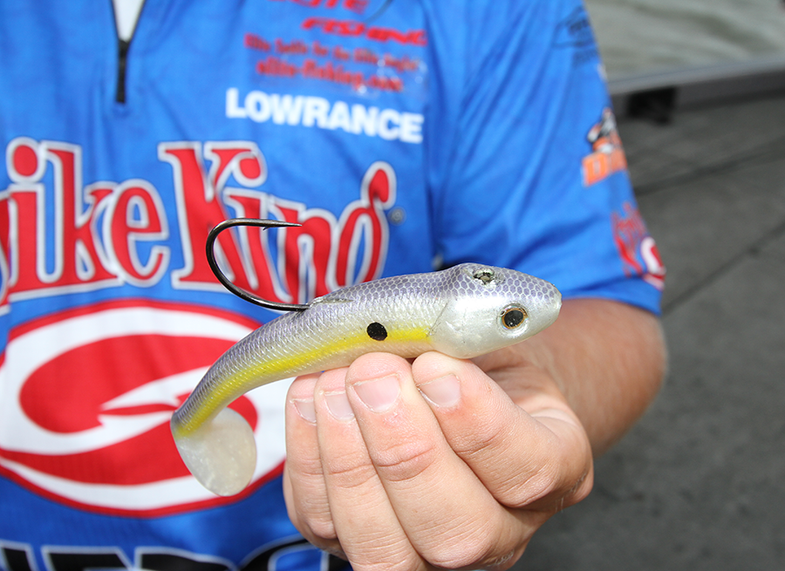 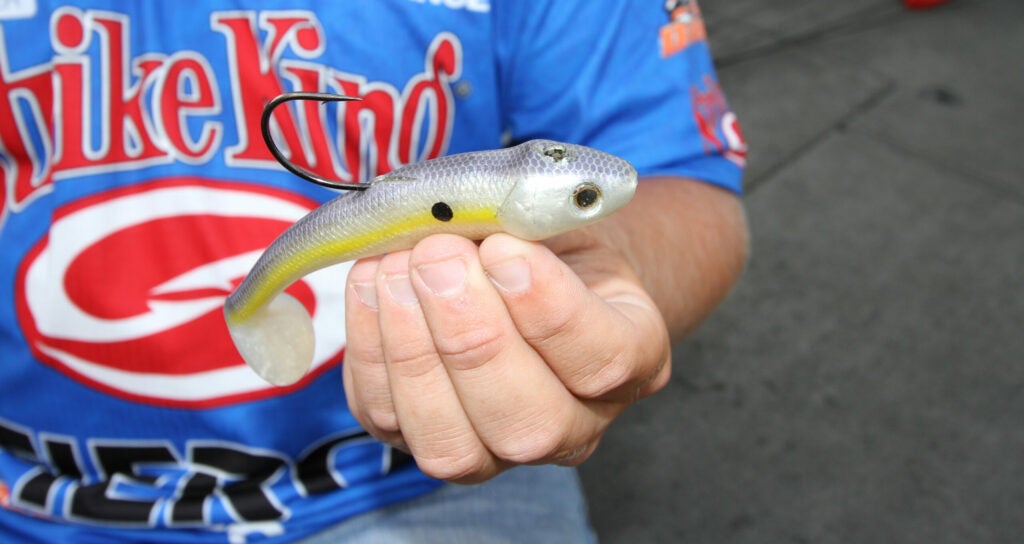 Swimbaits are generally considered reaction baits. The big, bold profile is designed to trigger strikes from active fish that respond to the bait’s intrusion or enticement.

However, when bass are slow to react, FLW pro Michael Wooley employs a nifty rigging trick with his 5 ½-inch Strike King Shadalicious swimbait.

Wooley rigs the bait on a leadhead jig and selects his size based on current strength and depth. He’ll typically use a ¾-ounce for light to moderate flow and water 15 feet or less, while a 1-ounce works for stiffer current and anything over 15 feet.

For maximum motion, Wooley basically rigs the swimbait head in backwards order. In the usual setup, he’d insert the hook point into the bait’s nose, thread it through the body and bring it out the back, with the lead head snug against the bait.

However, he’ll use the hook point to cut a slit in the bait’s back at the point where the hook will eventually exit. Inserting the lead head here, he’ll push it all the way to the bait’s head where he’ll cut another slit to allow the line tie to break through the plastic.

Thus arranged, the hook bend sits outside the bait as it would with a traditional arrangement, but the lead head remains shielded by the bait’s plastic body. The benefit of this internal placement, he said is enhanced presentation.

“This gives the bait just a little more wobble,” Wooley said. “When the fish aren’t really firing hard on the bait, this is something to give you a little added bonus.”