Florida gets a jump on the bass spawn. Don’t hate – that’s just how it is. But even though the... 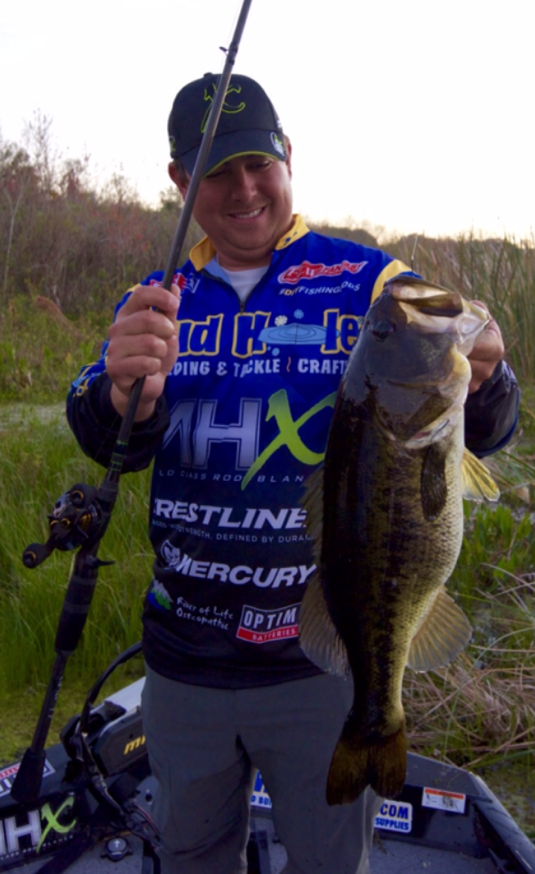 Florida gets a jump on the bass spawn. Don’t hate – that’s just how it is.

But even though the show starts early—sometimes as early as late November in South Florida—it’s not always easy pickings. Florida’s big, bulky bass can be just as spooky in their weedy, tannic environment as their northern brethren in a clear highland reservoir.

You can’t talk ‘em out of a bad mood; you just have to adjust your tactics. Here are a couple good ones from two guys who make their livings with a rod and reel.

John Cox: Based in Delray, Fla., the FLW Tour pro knows that while some bed fish immediately trounce anything that touches their nest, others will dash if a bait’s too active. Cox handles the latter scenario with a custom 7-foot, 9-inch medium-heavy rod built with lots of fish-pulling backbone, but a soft tip.

“That soft tip helps me lay a bait in there easy and then work it with subtle movements without pulling it out of the bed,” Cox said.

Brett Hite: He hails from Arizona, but Hite has fared well in Florida events—including FLW Tour wins on Lake Okeechobee (2014) and Lake Toho (2008). When he finds bedding bass skittish due to clear conditions, fishing pressure or just that nameless funk Florida fish often suffer, he knows that distance is his best ally.

If he’s working a bed fish that keeps running off, Hite knows that the fish grows more wary with each return. Back on the bed, a fish that sees a boat still looming is unlikely to settle.

Rather than perpetuate a losing battle, Hite uses a fish’s temporary departure as his chance to sneak in close, place a subtle bait right in the nest and then feed out line as he backs way off so the returning fish can’t see him.

When the fish returns, it’s more likely to deal with the intruder, without any boats in sight.

As Hite notes, he could just back off and blind cast to the spot, but his drop-and-go routine affords greater precision.