With the FLW Tour kicking off its 20th anniversary season Thursday on Lake Toho, the Central Florida powerhouse is primed... 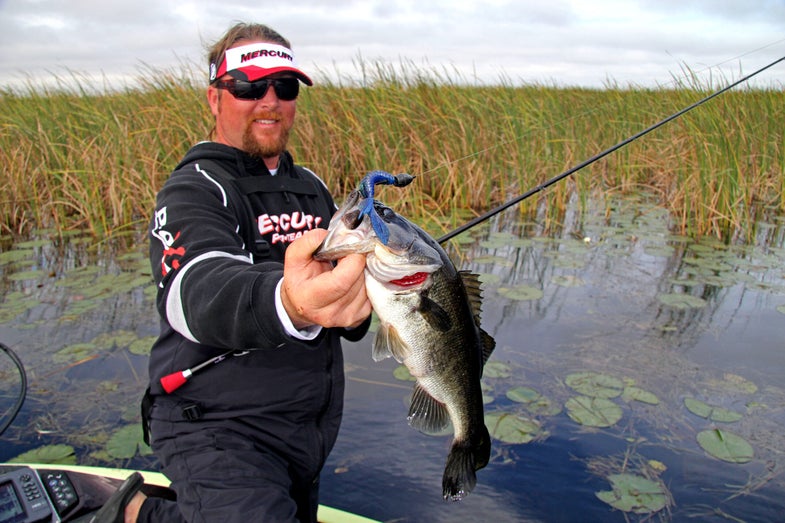 With the FLW Tour kicking off its 20th anniversary season Thursday on Lake Toho, the Central Florida powerhouse is primed for an explosive celebration. The reason? Warming March weather plus a full moon on the event’s first day equals bass spawn fireworks.

We’re right in the zone for bass spawning in this part of the south. Conditions will invariably spur a wave of big, ripe female bass to invade the shallow vegetation where they’ll soon spawn on hard bottom spots cleared out by doting papa bass.

The moon typically controls the pace, and this week’s full cycle should light the fuse. Let’s put it this way: I texted Tour pro J.T. Kenney last night and said: “With this moon, it’s gonna be a slugfest on Thursday.”

Kenney’s reply: “No, it’s gonna be better than that.”

Will it be better than January 17, 2001? That was the day Bassmaster Top 150 pro Dean Rojas weighed in the heaviest 5-bass limit in B.A.S.S. history: an astounding 45 pounds, 2 ounces, which came from Toho’s Shingle Creek.

No one’s eclipsed that mark in 14 years and, realistically, it’s gonna take some serious star alignment for the record to fall.

Toho’s a big lake and it’s the top link in the Kissimmee Chain, a collection of stellar lakes brimming with mossback monsters. 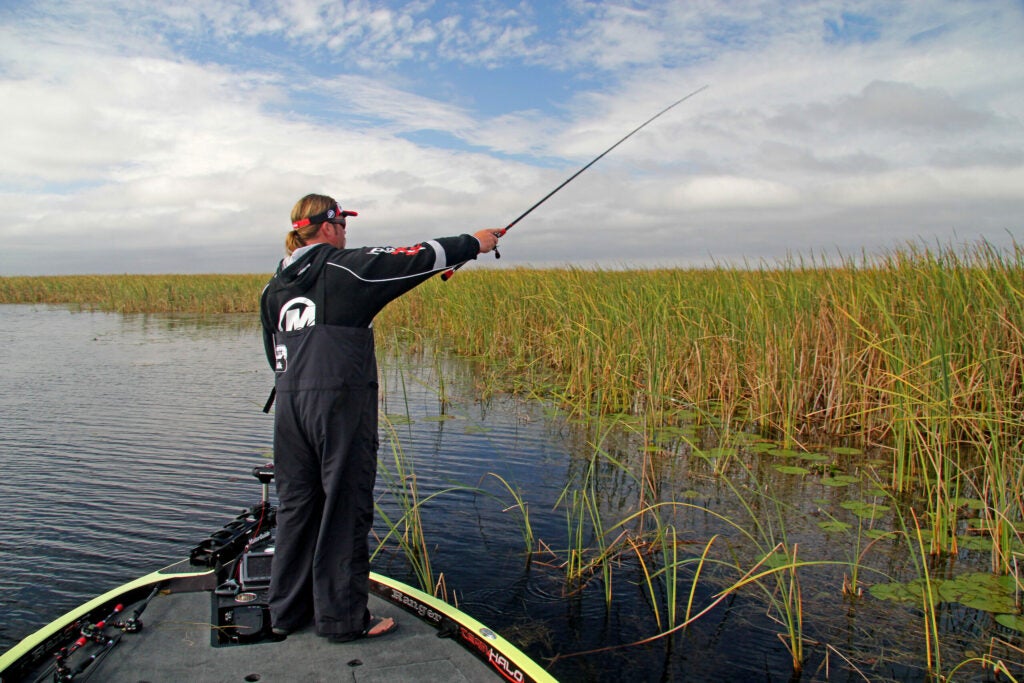 If you’re hoping to get in on the action, here are a few points of spring spawn wisdom:

1. Time of Day
With natural warming cycles, afternoons usually see the most consistent activity, particularly in terms of fish moving up to the beds. On the flipside, tournament days find a lot of eyeballs scanning the shallows, so the fish may be less skittish around daybreak. As long as the previous night remained warm, it shouldn’t take too long for the fish to find their breakfast appetite.

2. Shadow Ops
The low sun angles of early morning and late afternoon bring long shadows, which fish can see from afar. The sun at your back affords optimal visibility, but be sure to mind your approach and watch your shadow to help you avoid spooking bedded fish.

3. Sight Unseen
Presenting baits to bass beds that you’ve visually located is the standard deal, but don’t overlook those isolated grass clumps off the bank. Swathes of grass with distinct holes in their midst indicate hard bottom patches where the big ones often spawn in close proximity. Find one of these gold mines and it’s hammer time.