Waste not, want not – now that’s a slice of wisdom catfish anglers can take to the bank. Countless are... 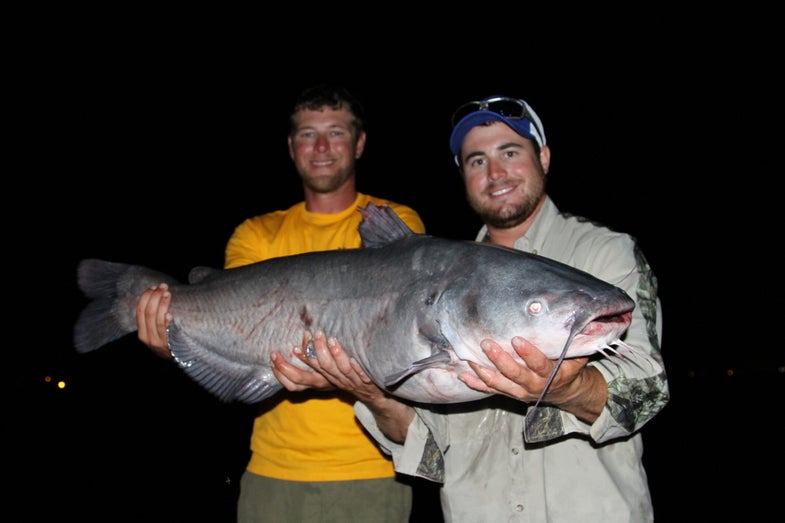 Waste not, want not – now that’s a slice of wisdom catfish anglers can take to the bank. Countless are the times I’ve seen hordes of whiskered freeloaders boil the surface as easy meals rained form the sky.

A waterside crawfish boil in Venice, Louisiana brought a pile of gluttons to the shells we tossed over the marina seawall.

Captain Billy Miller tossing his cleaning table scraps attracted a school of hungry cats that grabbed the chunks of skin and spine the second they hit the water.

Normally, such remains are little more than an afterthought, but when Lambert showed me a cell phone video of big Mississippi River catfish blasting sizeable carcasses just a short toss from the Buras boat ramp, I expressed my interest in seeing this deal firsthand.

The next night, I joined captains Ross Montet and Cody Obiol, who loaded four buckets of carcasses on the back of a bay boat, scooted maybe 30 yards off the ramp’s bulkhead and dropped anchor on a river ledge.

Earlier that day, we had marked a couple of big cats during a Humminbird demo, so the plan was to chum like crazy with generous double handfuls of scraps and then sink a couple of carcass strips to the bottom on heavy duty grouper gear.

I’ll go ahead and cut to the chase and say “mission accomplished.” Twice.

First rod to bend brought an honest 50-pound blue cat to the boat. We were feeling pretty proud of the night’s effort, until the rod doubled again 20 minutes later.

So, the moral of the story is a simple catfish truth: If you feed them, they will come.

Just make sure you’re geared up for who accepts the invitation.