Fishing Fails: How I Got a Blue-Moon Butt Kicking

Definitions vary by source, but in general a blue moon is the second full moon in a particular month. The... 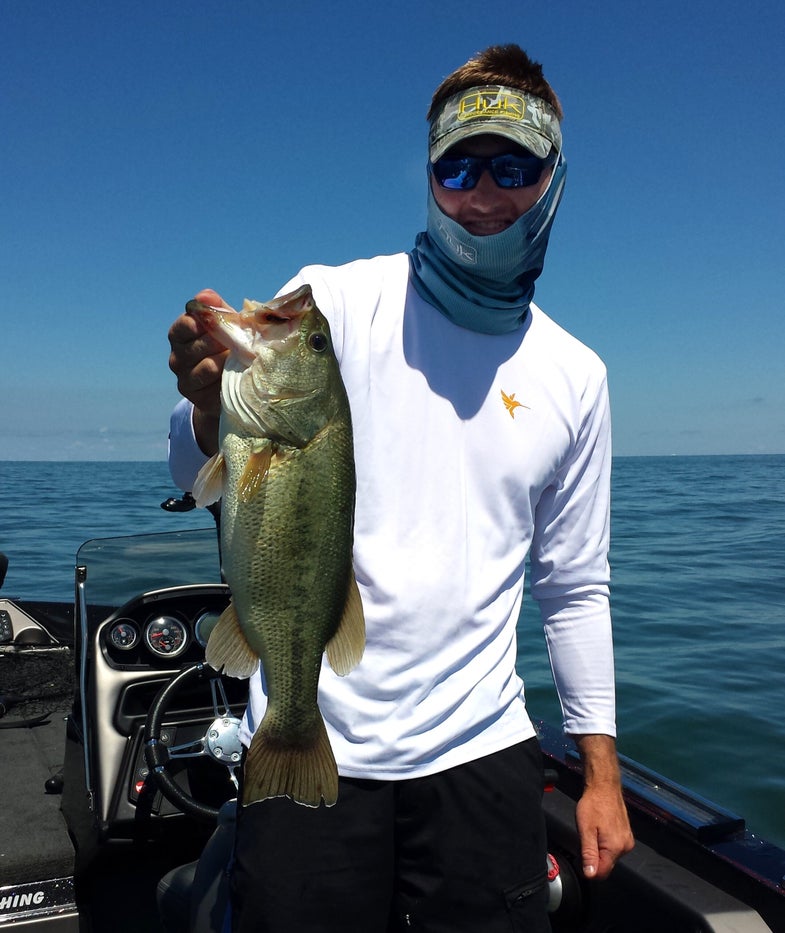 Definitions vary by source, but in general a blue moon is the second full moon in a particular month. The moon isn’t really blue during this time and this celestial occurrence takes place infrequently (hence the phrase: “once in a blue moon”), but be forewarned—don’t bother going fishing. It has been several blue moons since I got my butt kicked as bad as I did during this last one.

The bite was so tough that even the sheepshead got lockjaw. I ended the day with only three walleyes to show for it—my tail between my legs, a lump in my throat, and a brick in my gut.

Shortly after getting the boat on the trailer I ran into a buddy who told me a similar tale of woe. He had zeroed with only one small junk fish in nine hours of fishing. After talking with industry friends and other guides on lakes Michigan, Huron, and Erie, all the stories sounded the same. Brutal! The bite for perch, walleyes and salmon went to zip. I’m certain that at least some fish were caught in the Great Lakes, but I can tell you that between my close friends and the newsfeed of literally hundreds on Facebook, there were some very unhappy fisherman.

What changed? What was to blame? Was it the toxic algae that Erie is becoming so infamous for these days? The only thing I know for sure is that we will likely not have a conclusive answer anytime soon.

I was able to catch a good limit the following day, but my A-Game was definitely required. Things were still so messed up that I caught a big largemouth suspended over deep water on a walleye crankbait—my first one in more than 2,000 days on that lake.

While not one to ever watch moon phases or lunar tables, please don’t ask me to go fishing on May 21, 2016—I’m going to take the next blue moon off.

I’d be interested to hear if anyone else had difficult fishing this past July 31. Let’s hear it in the comments below.