J.R. Waits gets kind of giddy this time of year when the shallow water around Charleston, S.C., clears and the... 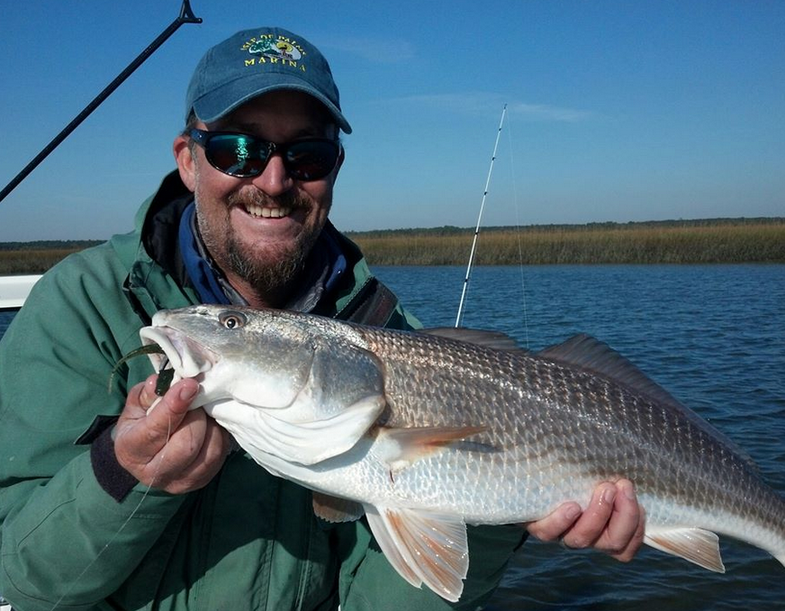 J.R. Waits gets kind of giddy this time of year when the shallow water around Charleston, S.C., clears and the redfish start ganging up.

“We found schools with 50 to 80 fish in them this week,” said the veteran guide and founder of FishCall Charters, which is based out of Isle of Palms Marina. “The colder the water gets the bigger the schools get and the happier they get.”

Happy fish mean happy clients, of course. Even though early mornings can be occasionally tough with chilly water affecting the reds and speckled trout, by mid-morning and throughout the day it’s often a slugfest. Water temps ticking just a few degrees can make both species active. Then it’s only a matter of figuring out which bait they want, and how they want it.

Waits favors the scented Z-Man Jerk Shad in Sexy Mullet—”probably the best color name since Electric Chicken,” he says—along with the Houdini and Pearl colors. He’ll throw all three to find out what might trigger the strikes and then move around, picking up fish here and there.

“We’ve been doing a lot of poling around in the shallow water flats and sight-casting for reds,” Waits said. ‘The water is getting really clear, like being able to see 3 to 4 feet down. That’s pretty good. Once the water temps get into the mid-50s all the algae and stuff dies off. So the water gets clear, like Florida, and the reds get so happy.”

Waits typically sight-casts to visible reds that may be schooling from 1-3 feet deep. If the water temps warm up enough and it’s sunny, he might mix in a Heddon Spook topwater. For the speckled trout, he’s throwing the same Z-Man Jerk Shad but with a weighted Gamakatsu hook to get to the trout 5-8 feet deep. Redfish are typically 5-10 pounds with a few 12- to 15-pounders mixed in.

“Our big bull reds go offshore this time of year,” he said. “Some guys go off chasing that beach bite, but I prefer to stay inshore.”