How to Catch Speckled Trout at Night

For much of the country, particularly southern states, soaring daytime temperatures make it tough to be on the water after... 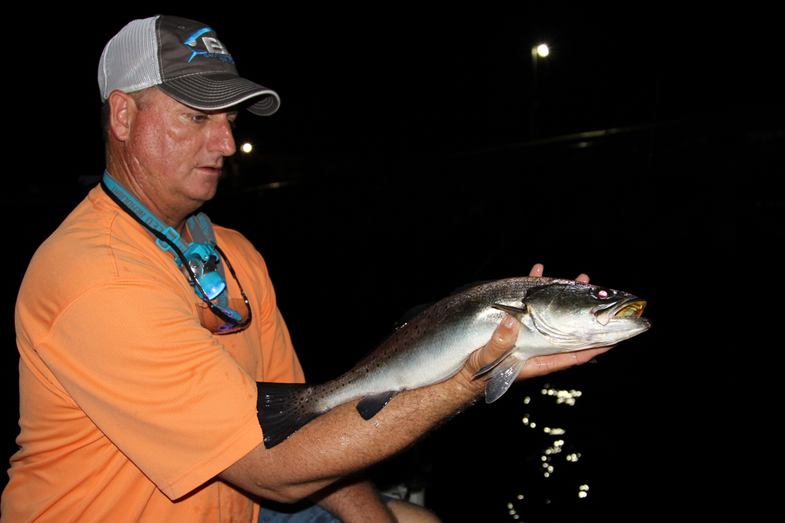 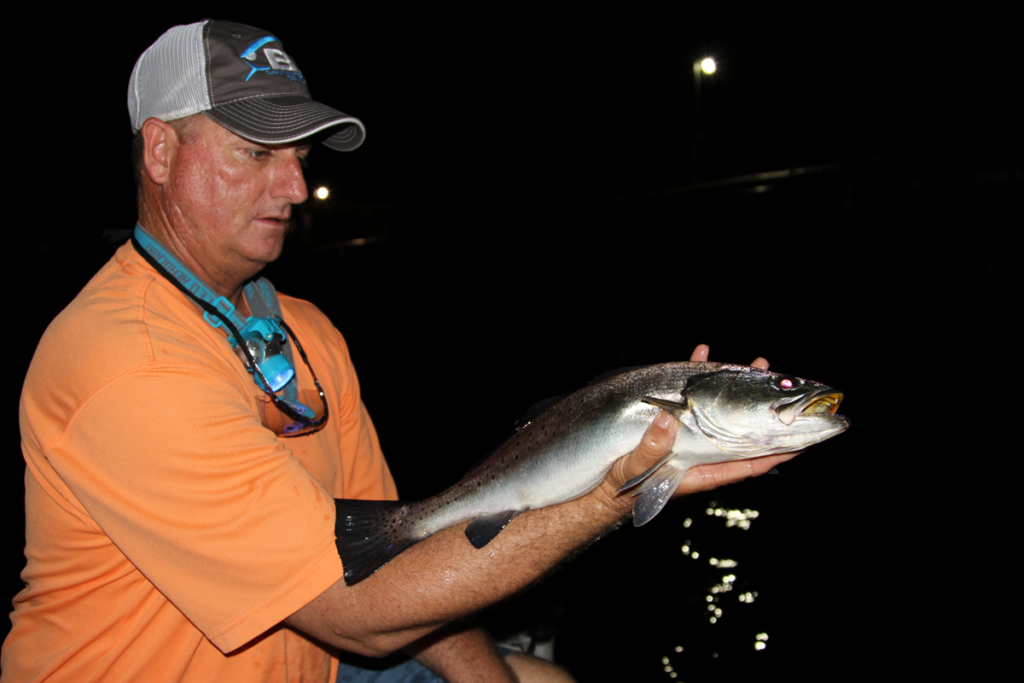 Throughout the Gulf of Mexico and Mid-Atlantic, speckled trout are one of the top nighttime targets.

For much of the country, particularly southern states, soaring daytime temperatures make it tough to be on the water after mid morning. It’s doable — with lots of water and sunscreen — but night fishing offers a much more comfortable option.

Decreased visibility tends to work in your favor, as fish are generally more forgiving—and more receptive to a variety of baits. Most fish do their best work at night, particularly under a full moon, so big opportunities await after-hours anglers.

Throughout the Gulf of Mexico and Mid-Atlantic, speckled trout are one of the top nighttime targets. Jacksonville, Florida’s Capt. Chris Holleman focuses most of his effort on dock/pier lights where the predators can target shrimp and baitfish passing through the illumination.

“Strong outgoing tides are best for fishing lights,” says Holleman. “I like a YUM Mud Minnow on a 1/4-ounce Bomber Saltwater Grade Shad Head Jig around lights with swift current.”

Best bet is to cast beyond the light and swim the jig through the strike zone with the erratic action of a frantic baitfish. Sometimes Holleman will kill the retrieve to trigger strikes from deep-holding fish.

Holleman spends the high-tide stage targeting flooded marshes and points with eddies. As an outgoing tide begins, he wants to be near creek mouths to pick off the trout that are picking off exiting finger mullet.

1. Listen Up
Rely on your ears, as well as your eyes at night and you’ll start dialing in the productive areas by the sounds of feeding fish.

2. The Dark Side
Holleman finds natural colored hard baits effective at night, but recent after-hours experiments with painting some of his Cotton Cordell Redfins black has produced big results.