Ice Fishing Tips: How to Stay Safe on the Ice

Earlier this week, I joined my northern buds on Minnesota’s Leech Lake at a gathering they call Ice Shots. Among... Earlier this week, I joined my northern buds on Minnesota’s Leech Lake at a gathering they call Ice Shots. Among my many cool (forgive me) takeaways was a huge “shot” of confidence—specifically, in the area of safety.

As we’re entering the end of traditional ice season, nature will soon return lakes to their fully fluid form. We had three feet of ice on Leech, but a significant warming trend—one that I was accused of “bringing with me from Florida”—melted several inches and left significant puddles by Tuesday evening.

The next morning, those puddles had mostly refrozen, but a few spots retained pockets of water between the main ice and a frozen top layer. My Clam Ice Armor boots kept my feet dry, but the spider web of cracks bursting around each sinking step was, in equal parts, artistic and ominous.

I posted a video clip on Facebook and while many of my friends got a kick out of what appeared to be cracking ice, my wife was not amused. Not even a little bit.

But I get it. For those who ice fish regularly, trudging across a frozen lake is just as common as me wading the Tampa Bay flats where bull sharks often patrol. Know your area, pay attention to your surroundings, avoid potential hazards, and you’ll rarely have cause for concern. 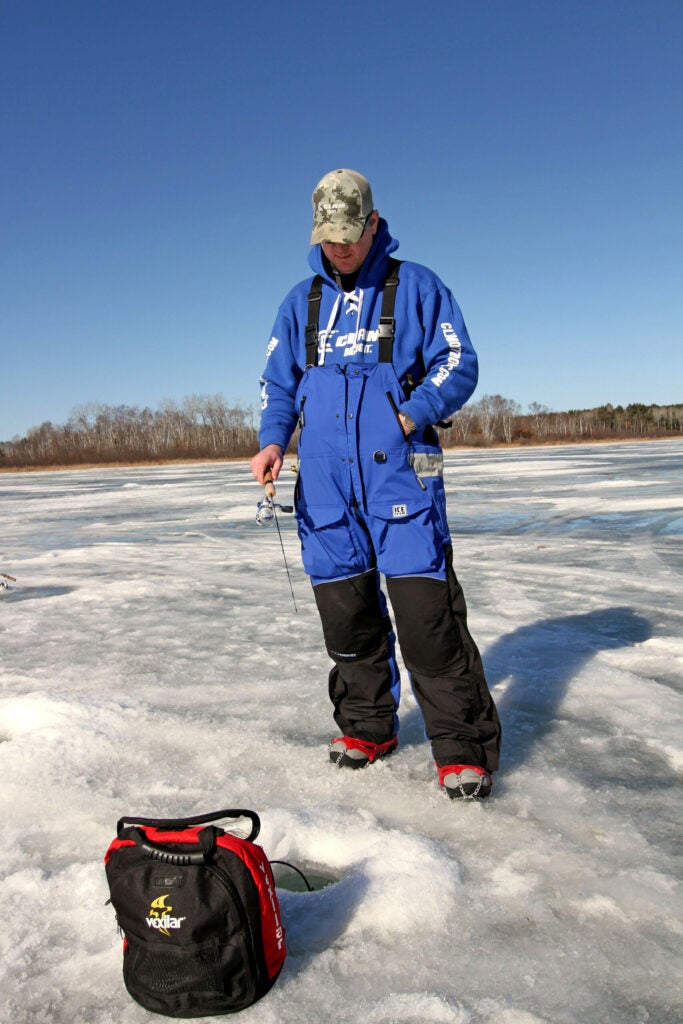 Truthfully, the concept of standing in the middle of a lake does not frighten, worry, or dissuade me.

However, as the consummate planner/tactician, I simply want to know what to do in any possible circumstance I may face. I think that’s a core principle most outdoors-types share. And where safety’s concerned, it should be a prerequisite to any new activity.

So, how do you stay safe on the ice? Start with local reports on ice levels. Those who go out are usually good about communicating safety-related details. They may not tell you where the big perch are biting, but ice reports are easily found on local forums and through state fisheries web sites. Calling area tackle shops also works.

And don’t forget these five pieces of gear: 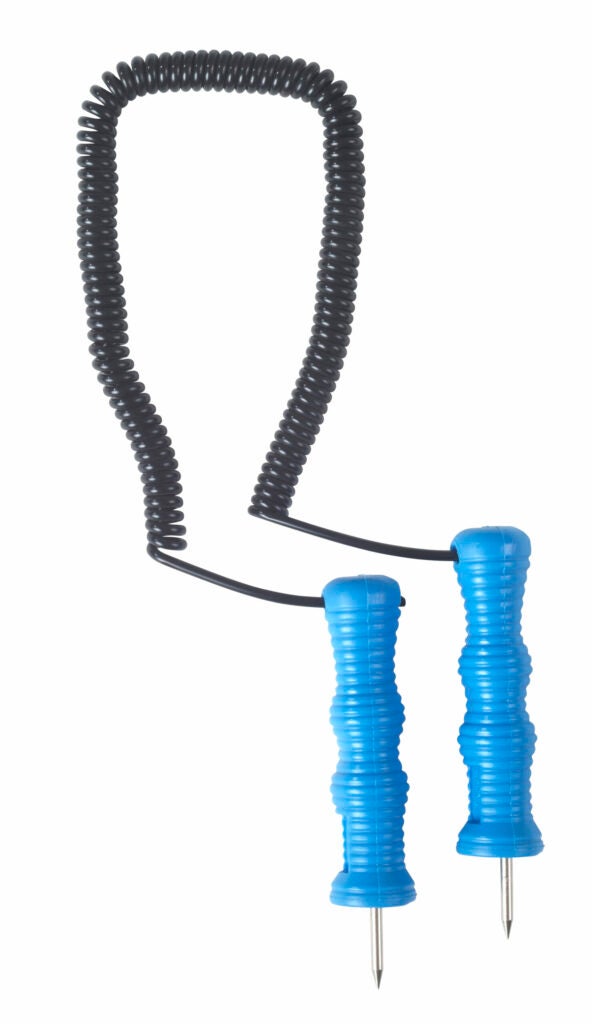 1. Ice Cleats
Rubber frames slip over your boot’s toe and heel to hold metal spike pads snug to your sole. On the ice, gripping prevents slipping.

2. Ice Chisel
Early or late ice can be a dicey time, so test the area ahead of you with a few pokes. (Also makes a handy walking staff for added stability.)

3. PFD
It’s optional, but if there’s any doubt about ice stability, a personal flotation device adds the peace of mind that’ll allow you to focus on fishing.

4. Throw Rope
If someone brakes through the ice, tossing them a life line from a safe distance facilitates the rescue without doubling the emergency. Clam makes a 50-foot emergency rope pack that you can strap to a snowmobile or ATV handle, or keep handy in the shack.

5. Nebulus
Think of it as a PFD for your snowmobile or ATV. If you break through the ice, pull the rip cord and out pops a life raft that keeps the vehicle from submerging and keeps you out of the frigid water.

So, note to self: Safety first—and no more ice cracking videos.