Inshore Fishing: Fall Back on Jacks 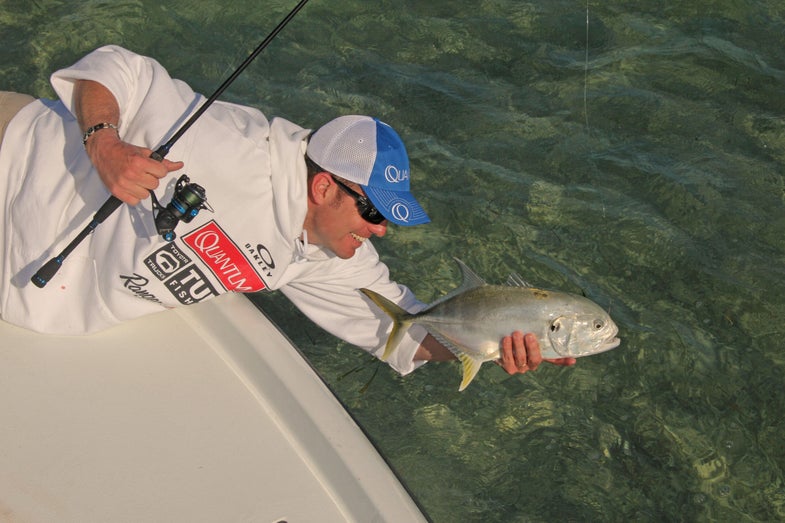 With the annual fall brawl of inshore feeding well underway, top billing goes to the usual coastal darlings: trout, redfish, tarpon, cobia, and snook in Florida. However, anglers with plenty of gas in the tank who are seeking opponents with perpetual appetites should never pass up the chance to engage the audacious jack crevalle.

Baitfish schools are on the move and everything with an appetite is chewing. This means lots of opportunities for A-list encounters. However, even amid this abundance, fall’s dynamic nature may find the top-shelf species either A) preoccupied with chasing big schools of sardines, mullet, or menhaden; or B) too full from recent gorging to consider your jigs, flies, or topwater plugs.

Fortunately, jacks are an exception to these rules. Seemingly always hungry and typically running in big packs with sky-high feeding competition, these eating machines rarely pass up a meal—even the impostor snacks.

Jabs from your buddies about your “inshore tuna” and “trash fish” shouldn’t prevent you from accepting this voracious predator. Its eagerness for food is exactly the source of the widespread disdain that jacks endure. You’re free lining or floating a live sardine, or walking that Heddon Super Spook when the water boils and your line straightens. The ensuing fight is super cool, until your vision of a big-name rock star fish is shattered by the appearance of the lowly jack crevalle.

But think about it: Is a great fight any less of a great fight just because it came from an unexpected opponent? Well, some days, the fish you want may not cooperate. It’s that moment of realization that so often spins 180 degrees on our view of the jack crevalle. Jacks have been known to save the day from Key West to the Mid-Atlantic. Though few would admit it, most who’ve battled the yellow beast regard it well for the spirited fight and impressive endurance. No doubt, what the jack lacks in looks and taste, it more than compensates with aggression and rod-bending ability. 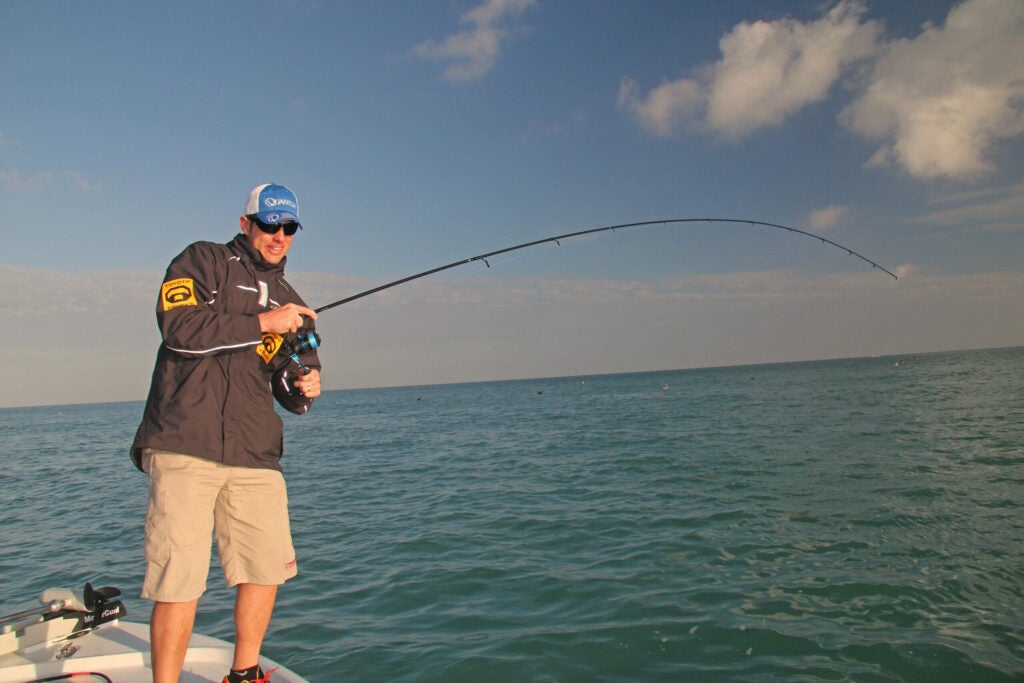 How To Fish ‘Em

So, next time you find yourself struggling with a tough inshore scene, take heart in knowing that a viable option exists. Look for jacks over shallow grass flats, along channels accessing backwater bays, over inshore reefs and rocks and on the down-tide side of coastal inlets where tides funnel baitfish.

Understand that you’ll have a hard time finding something a jack won’t eat. That makes this a highly accommodating fish for just about anything you want to throw. Notwithstanding the “eat-anything” description, however, you’ll do best by targeting jacks with either live baitfish like scaled sardines (“pilchards”), threadfin herring (“greenbacks”), and Spanish sardines or lures designed to imitate this natural forage. For the latter, try swimbaits, soft plastic jerkbaits on light jig heads, or weighted hooks and sinking flies of the Clouser type.

Big topwaters are great because you can launch them toward distant schools of jacks, work them fast or slow depending on the level of surface activity, and cover lots of water to attract attention. And on that note, go with high-frequency rattles, which mimic the frantic sounds of fleeing batifish better than the low-pitch one-knockers.