I stood at one end of the dock’s T-face, tossed the plug at a 45, cranked back toward the structure,... 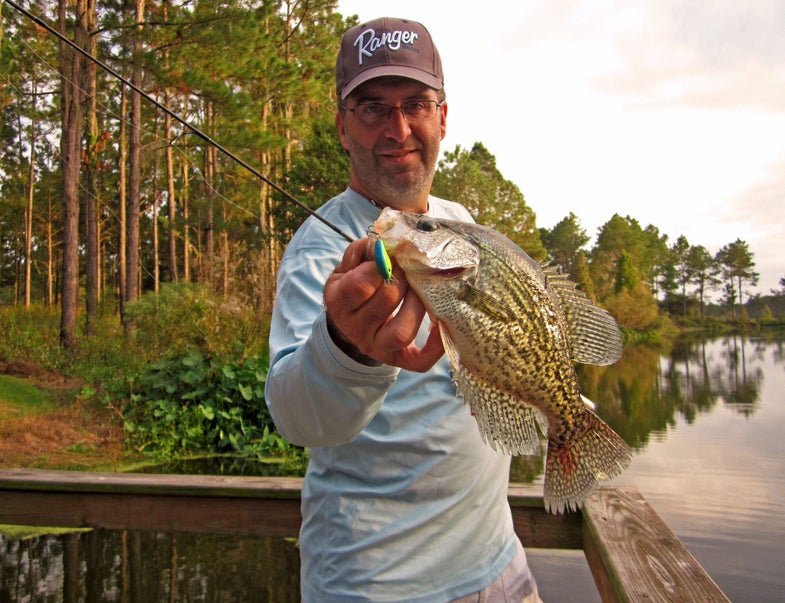 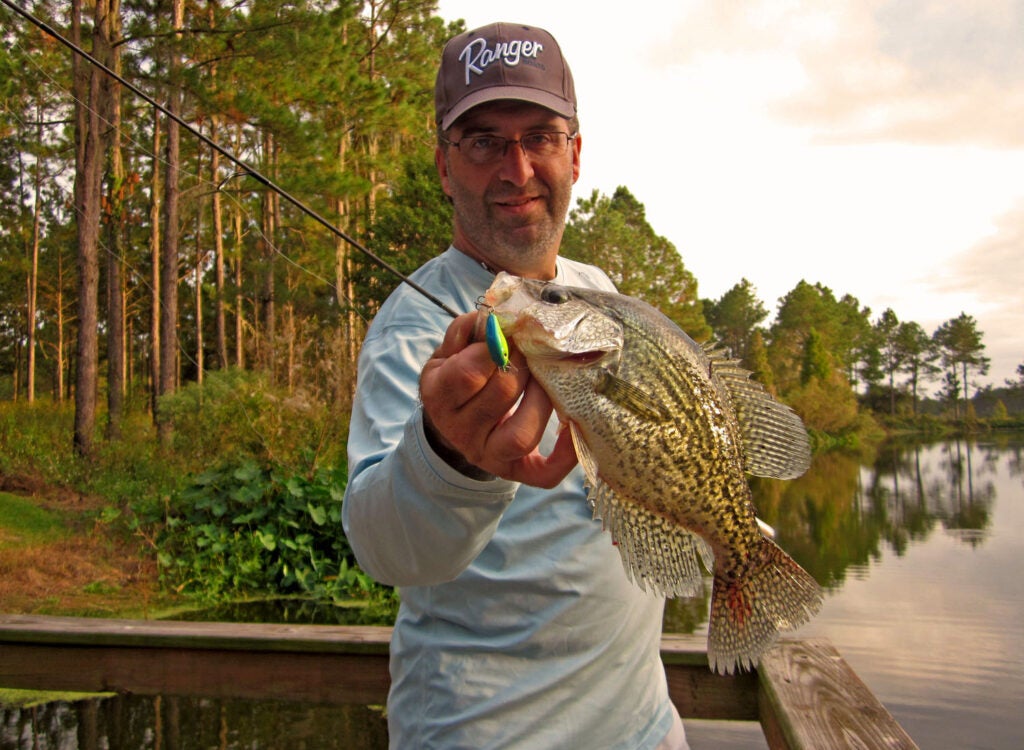 I stood at one end of the dock’s T-face, tossed the plug at a 45, cranked back toward the structure, and barely reached the far corner when something knocked a chip in that chartreuse/blue paint job.

The cool fall evening certainly made “largemouth bass” a reasonable guess, but mine was a speckled catch—black crappie, nearly a pound.

Autumn is feasting time for every fish that senses winter’s approach. And since that’s all of them, you gotta know those shad have more than bass to worry about. Fact is, crappie grab their fair share, as well, so those fleet-footed hard baits meant to imitate a fleeing baitfish hold great appeal for the freckle-flanked gluttons.

My fellow Floridian and Bassmaster Elite Series pro Bernie Schultz tells me he often nabs crappie while seeking bass with a Rapala DT6. You’ll definitely catch the hefty slabs this way, but if you just want to stay busy with good numbers of crappie—along with voracious bluegill—drop down to the micro crankbaits and you’ll have a blast on light tackle. 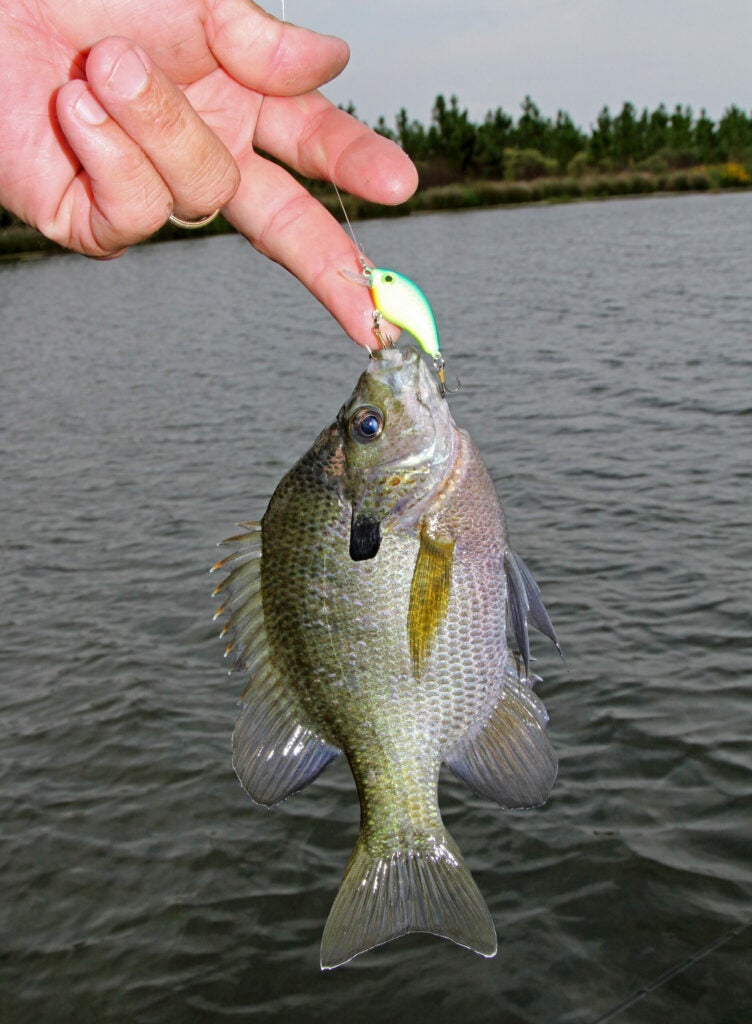 For crappie, you can’t go wrong with baitfish shapes like a Rebel Tracdown Minnow, Rapala Ultra Light Crank or Shad Rap (size 04) and Strike King’s Bitsy Minnow. Bigger bluegill will make a run at these baits too, along with specialty cranks like Rebel’s Crickhopper and Teeny Wee-Crawfish, Strike King’s Bitsy Wiggler, and Luhr-Jensen Kwikfish (size 05). For crappie and ‘gills, a mini version of the lipless crankbait also charms fall feeders.

Keep the cranking mostly in open water for crappie, preferably around brush piles, dock ends, etc. But if it’s bluegill you’re seeking, run your baits along the sides of docks, along grass and lily pad edges, and all around those cypress knees where bumping and deflecting off the hard cover is sure to grab someone’s attention.

Typically, throwing light lures on baitcasting gear quickly becomes a lesson in frustration, with light spinning gear the welcome cure. However, Lew’s recently introduced a Tournament Lite Speed Spool baitcaster that’s actually made for accurately tossing light baits. Whatever your choice, keep the line size down, to avoid muting your bait’s action. In most cases, 6-pound fluorocarbon’s a good bet.

Also be prepared for a possible line zinger. If crappie are allowed to grab bass baits, you can’t fault a largemouth for gobbling an easy snack. From experience, I tell you this: Hold on to that light rod, or lose it.