On a calm morning with the right tide, the coastal shallows off Florida’s Gulf Coast can look like a missile... 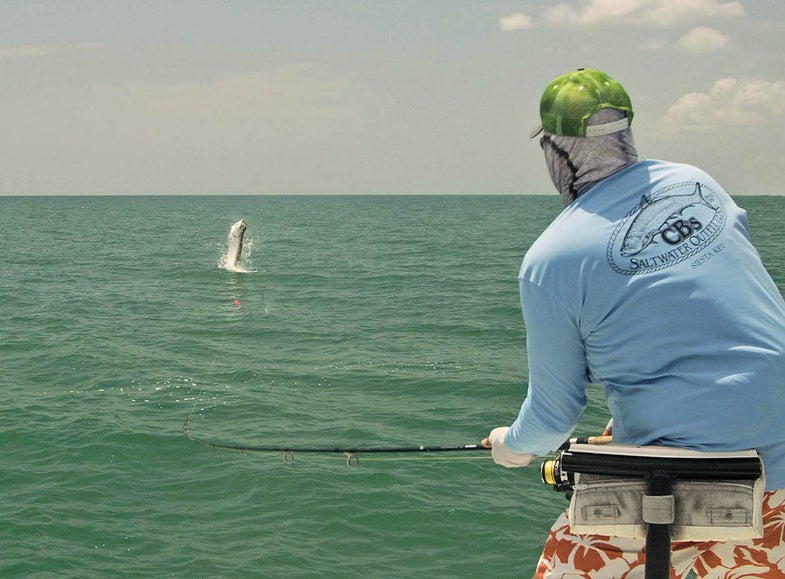 On a calm morning with the right tide, the coastal shallows off Florida’s Gulf Coast can look like a missile testing facility, as silver forms blast skyward with astounding frequency.

Relax, no one’s lighting the fuse off Sunshine State waters; rather, it’s tarpon season and, while these shiny scaled brutes offer little in the dinner department, their awe-inspiring aerial pageantry is enough to keep anglers coming back for more.

Now, we’d like to think the more, the merrier; but in truth, coastal waters have become more crowded each year. Suffice it to say, proximity breeds conflict when a few bad apples fail to observe the unofficial rules of tarpon fishing etiquette by which most learn to peacefully coexist.

Everyone with a fishing license–guides and casual anglers, alike–has the right to pursue these magnificent fish. However, that doesn’t mean everyone shouldn’t observe the unwritten rules of the fishing community.

For a well-stated list of the key points I turned to Capt. Rick Grassett, one of the Gulf Coast’s premier guides who’s well known for his poise and professionalism. Grassett offered these thoughts on tarpon fishing etiquette:

“When I started doing this almost 30-years ago, anglers hunted for and found their own schools of tarpon. You never fished a school of tarpon that another angler was fishing unless invited in—and if they were fly fishing, not at all. We leap-frogged schools of tarpon with everyone getting their shots and if it was a slow-moving school, we yielded to the angler already working the school.” 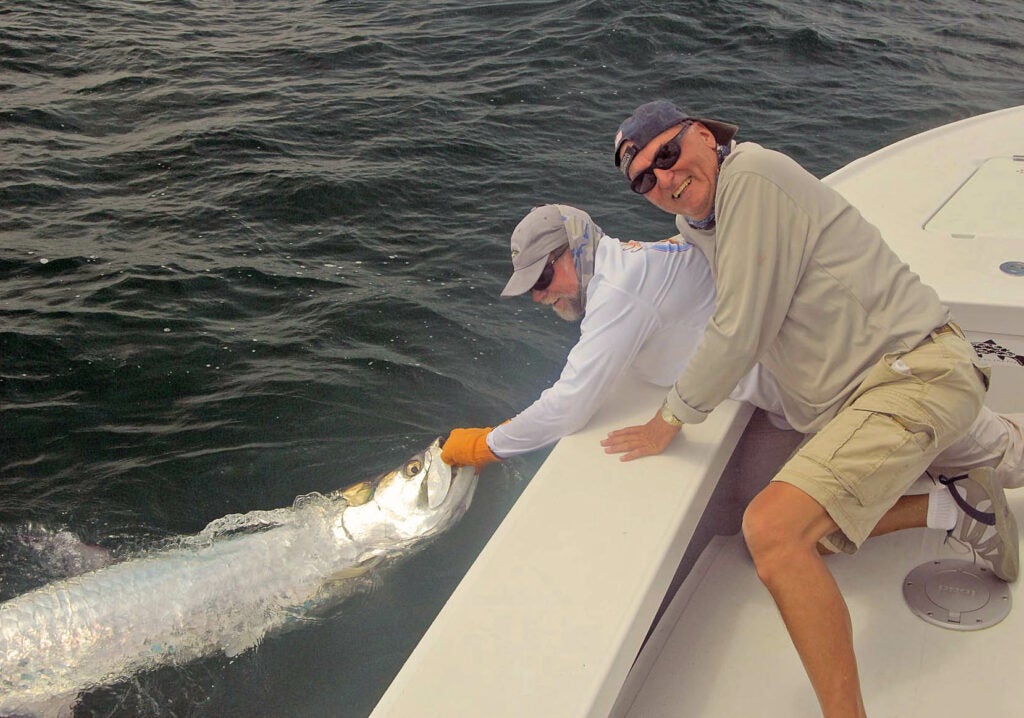 In addition to those principles, here are a few other rules that he follows.

1. When fishing in shallow water, usually 6 feet or less, I don’t run an outboard at all unless going to or leaving a spot or following a hooked fish. Tarpon are extremely sensitive to outboard and even trolling motor noise in shallow water. I may use a trolling motor sparingly, usually only as an assist to a push pole and never within a couple of hundred feet of tarpon.

3. When fishing deeper water, 10-25 feet, don’t get between other anglers and the tarpon they are working. Give other anglers 200 yards or more of space when picking a spot to intercept tarpon.

4. Don’t run an outboard within 100 yards or more of tarpon, especially if other anglers are working them (a four-stroke outboard is no substitute for an electric trolling motor).

5. Lastly, if a school of tarpon is moving slowly enough that another angler is maintaining the same speed as the fish, stay off them until the tarpon school moves past them and puts some distance between the school and the other boat.

“If everyone treats other anglers with the same respect that they would expect,” Grassett says, “everyone will have an enjoyable experience and a fair chance at catching a tarpon.”