Sting Your King: The Best Rig for Kingfish

Earlier this week I wrote about catching king mackerel baits. Now, let’s look at the best material to use when... 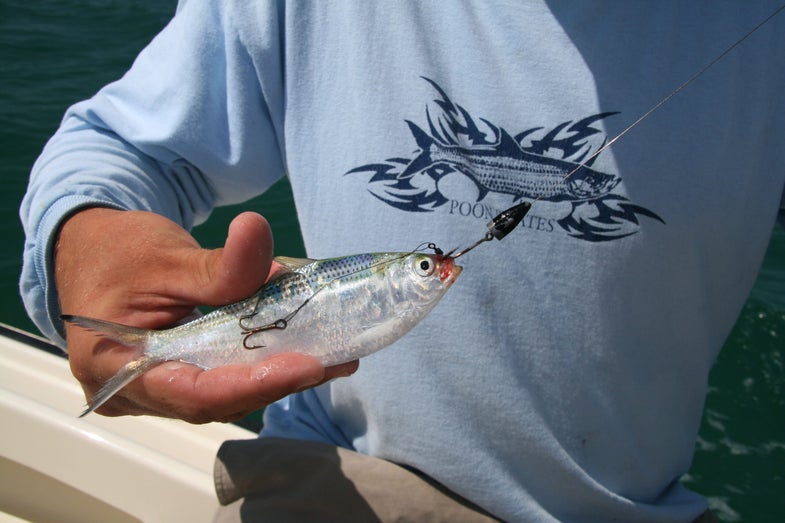 Earlier this week I wrote about catching king mackerel baits. Now, let’s look at the best material to use when rigging those baits for kings: wire.

With a mouthful of daggers and a penchant for slashing tactics, kingfish make short work of monofilament lines, and even fluorocarbon leaders. In most cases, your best bet for capturing kings starts with a wire leader. About 18-24 inches will suffice, although savvy anglers add up to 6 feet of 30- to 40-pound fluorocarbon between wire and main line to prevent “tail whipping,” in which a king’s stout caudal fins beat against the line as it lays parallel to a hard-running fish.

Wire also plays a key role in the standard kingfish mousetrap known as the “stinger’ rig. In its basic form, a 2/0-3/0 lead hook trails a 3- to 4-inch wire segment with a No. 4-6 treble. The idea is to put a hook at both ends of the bait in order to snare crafty kings, which often slice baits in half and miss a single hose hook.

Some anglers attach the stinger segment to a lead hook by tying the wire to the eye of the lead, while others prefer hanging it from the bend of that front hook. With the latter option, a swivel slipped over the point of the lead hook offers a handy attachment point for the stinger.

Wire size varies with factors such as water clarity, bait size, and the realistic expectations of local kingfish dimensions. No. 3-4 wire is common for leaders with No. 4-5 preferred for the stinger segments, which usually see the most teeth. In areas known for giant kings of 50-plus pounds (Key West, the northern Gulf, etc.), No. 5 leaders and No. 7 stinger segments are not uncommon. Go any lighter and you’re just gonna get your feelings hurt.

-Slide a bullet weight onto the wire leader to guide baits deeper into the water column without the hassle of downriggers.

-Experiment with various colors. Red stinger hooks often trigger aggressive responses by mimicking the blood present on a wounded baitfish. Blue, green, or red beads ahead of a rigged bait can also help you attract attention.