They’re noisy, they’re obnoxious, they bump into stuff, and make a lot of commotion when folks are trying to rest.... 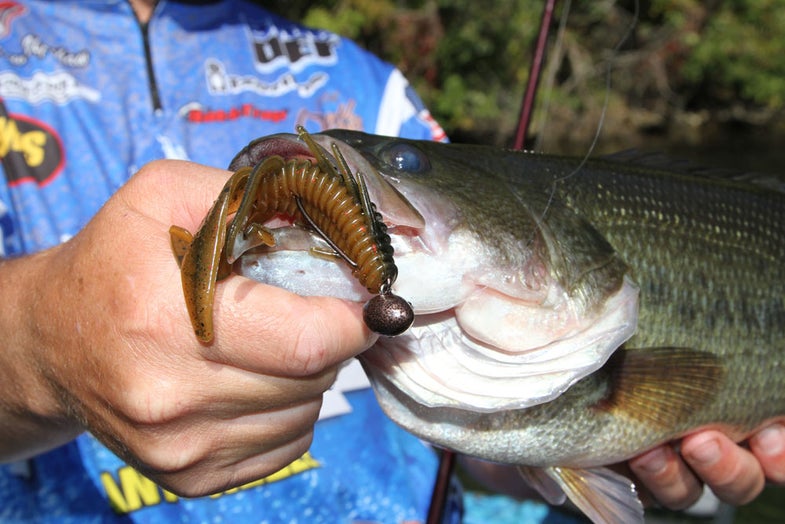 They’re noisy, they’re obnoxious, they bump into stuff, and make a lot of commotion when folks are trying to rest. No, we’re not talking about those surprise holiday guests. We’re talking football head jigs—a tool you need to keep in your winter arsenal.

Below the ice belt, bass anglers often ply their craft all the way through the cold season and the key to tolerating the winter leanness is realizing two key points: First, you shouldn’t expect a lot of bites. Fish are lethargic, so those 30-, 40-, 60-fish days common to the warmer months aren’t gonna happen.

Also, even when a winter bass wants to eat, conditions are not always prime for activity. A nice warm up will find the fish rising in the water column, or possibly moving shallower to feed. But during the chilly times, you usually just have to irritate them into biting.

For Texas pro Stephen Johnston, there’s nothing better than the rumbling, banging, clunking saunter of a football head jig. With its pigskin profile allowing it to walk across uneven bottom with less snagging risk than narrow flipping jigs, a football jig is the perfect tool for taking the game to fish that won’t come to the game.

“A lot of times when you get on a group of fish, you can drive over them and see that they’re stuck on the bottom because that bottom is warmer,” Johnston said. “Those fish will go down there and put their bellies on the bottom or they’ll be right up against a stump. That’s when you can take that football jig and just slow drag it.”

Johnston prefers a ¾- or 1-ounce V&M football jig in black, blue or watermelon with a Strike King Rage Craw trailer. For tougher bites, he’ll trim the first segment off the Rage Craw or use a Baby Rage Craw.

“When those really cold days have the fish holding close to the bottom, you need to just about bump them in the nose to get them to bite,” Johnston said. “When the fish are cold, they won’t even rise up to get a Carolina-rigged bait. That’s when a football head jig will get you a few more bites.

“You want to drag it right up to a piece of structure on that creek bend, or on a tree line or a point of grass. You can let that jig sit there and fish for you. The slower you can work that jig the better.” 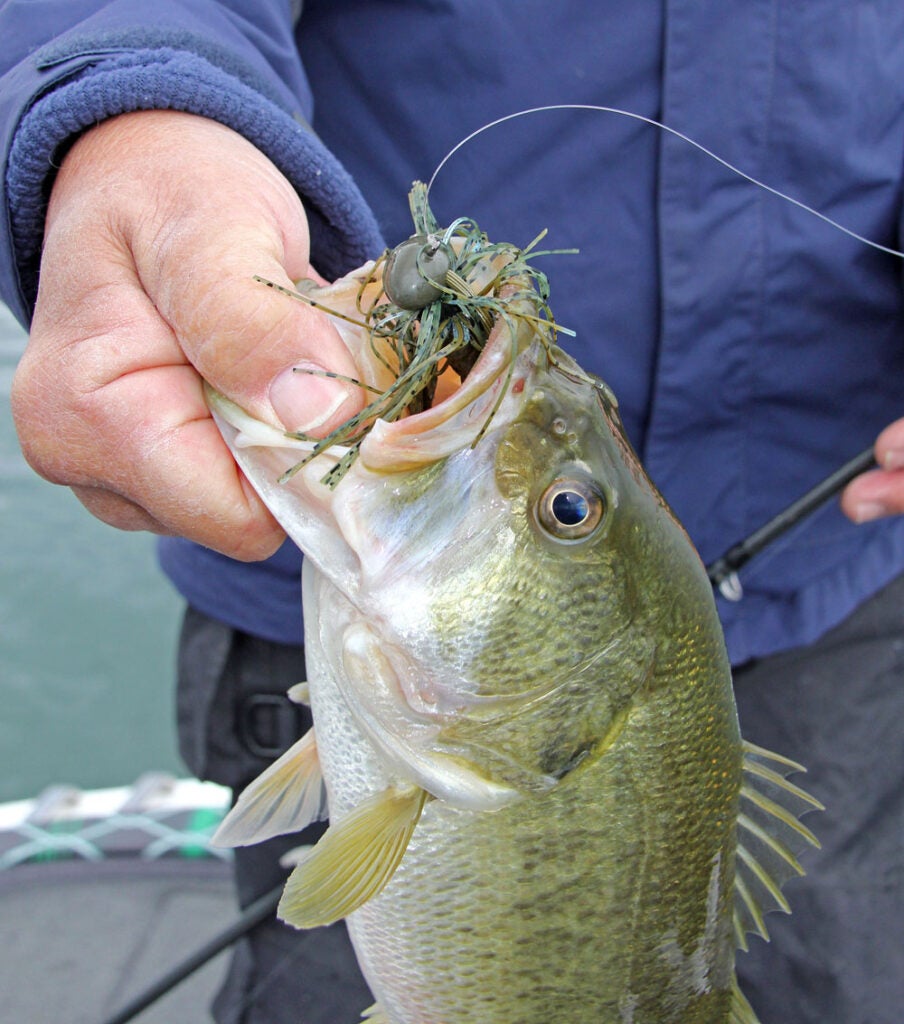